New York City is one of my favourite city destinations. I have travelled to the Big Apple quite a number of times in recent years, and it is always an exciting destination. As a contrast to our country program in the Catskills, we were going to spend about a week in New York City, among other reasons to attend the US Open, one of the tennis world’s four Grand Slam tournaments. Every time I travel to New York City I make a plan of visiting and photographing a different area of New York City, and I was already looking forward to spending several days exploring and documenting particular areas of the Big Apple.

On a somewhat overcast August 30, 2015 we left Haines Falls in the Catskill Mountain and drove a short distance north to the town of Catskills where we crossed the mighty Hudson River on the Rip Van Winkle Bridge. From there we headed south on the Taconic Parkaway, a highway that is always much more pleasant to drive on than the busy I87. After a couple of hours we left the forests of the Taconic Mountains behind and reached the northern edge of New York City where highrise buildings came into view. It’s always exciting to see the first few signs of New York City when you drive in from the countryside. 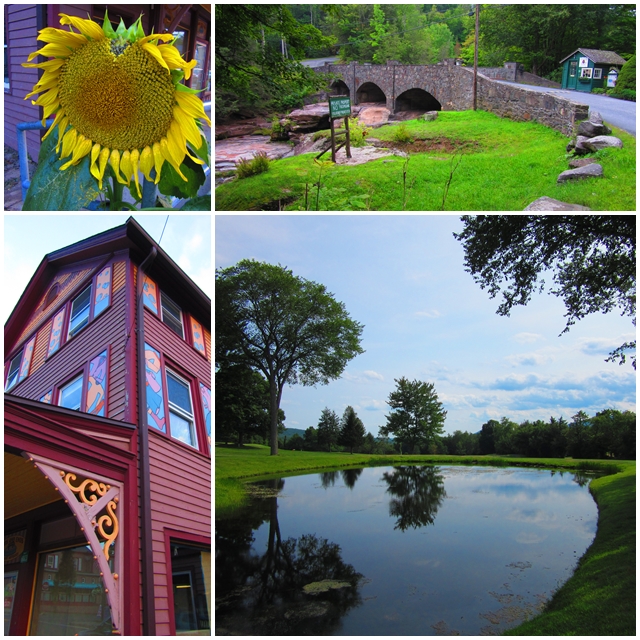 Impressions of the Catskills

After driving on some busy expressways and dealing with the local New Yorkers’ “passionate” (or rather “aggressive”) driving style, we crossed over the East River into Queens and checked into our hotel, the Wyndham Garden Hotel in Long Island City in the early afternoon. After having stayed in the more outlying areas of Brooklyn or Queens, this was a great location, just two subway stops from Manhattan and also conveniently located to get to the USTA Tennis Centre. We checked into our 6th floor room and were impressed by the gorgeous view of the Queeensboro Bridge from the panorama window in our room. Shortly after, we took our first walk in the neighbourhood. Long Island City is the westernmost part of the borough of Queens and is rapidly transforming from a formerly industrial area into an upscale residential neighbourhood. 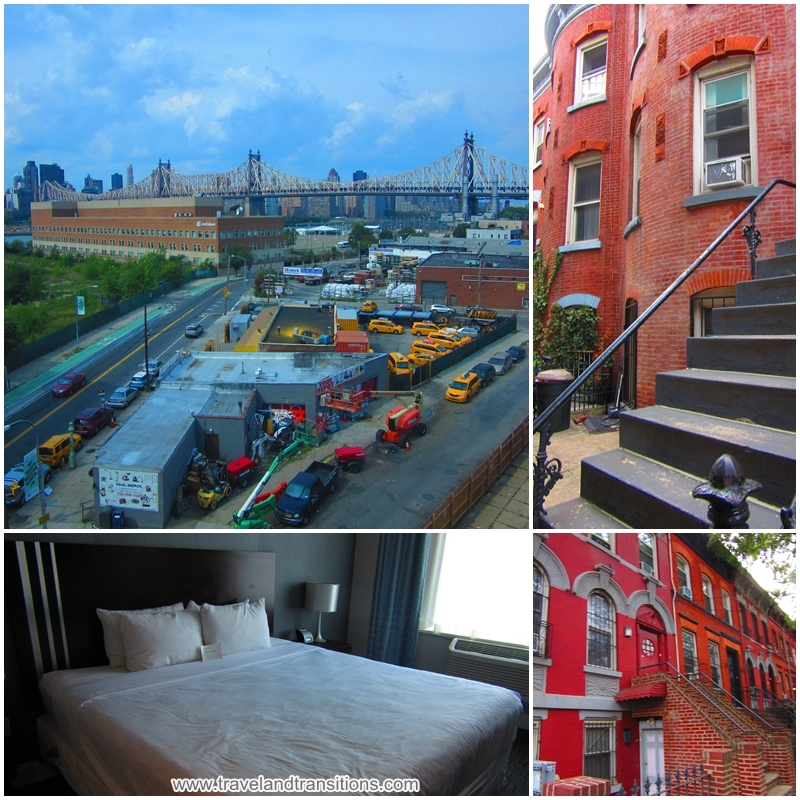 Long Island City has some pleasant residential areas with historic stone and brick houses from the late 19th centuries. It is also a popular movie location and on this day, virtually all the parking meters were covered and signs were posted that no parking was allowed for the next couple of days due to some movie shoots. This neighbourhood is also a major transportation hub in Queens where several subway lines converge and cross over into Manhattan. The N and Q trains, the 7 Line, the F train , the E M R trains and the G train all have stops in Long Island City and make this one of the best connected neighbourhoods of New York City. 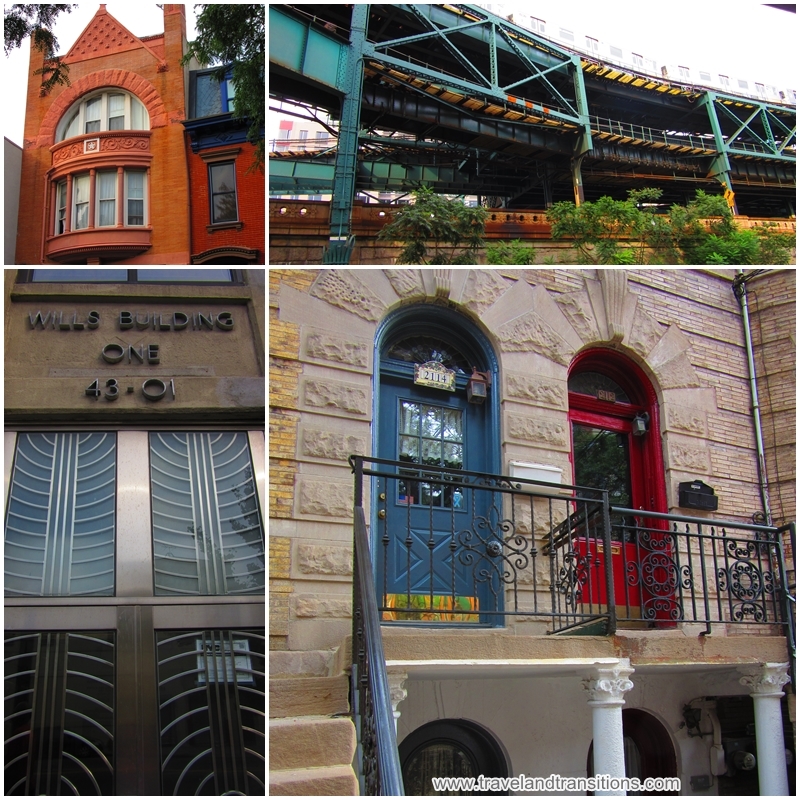 As always, we immediately purchased a week-long transit pass as public transportation is undoubtedly the best way to get around in New York City. We walked to Queensborough Plaza, one of the big transit hubs in Long Island City, and hopped on the subway. Minutes later we were in Manhattan and exited the N Train at 49th Street. A bit farther north we passed by the Hotel Wellington, an opulent hotel that has been welcoming guests for 113 years. Tourists were enjoying their sightseeing experience from the comfort of their horse-drawn carriages. 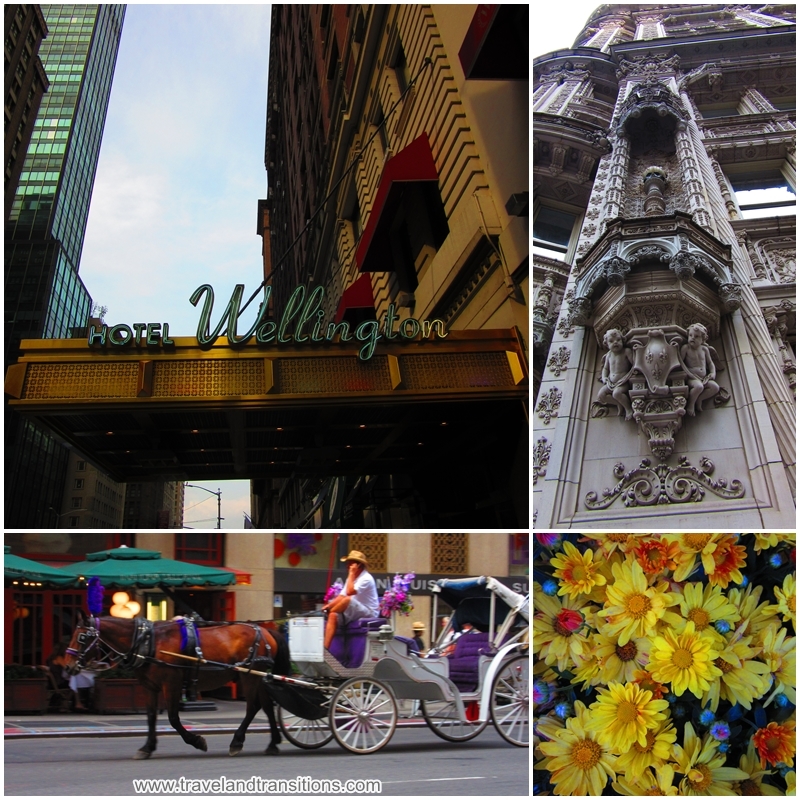 Impressions of Manhattan, the pulsating heart of New York City

We had finally reached the southwestern corner of Central Park during our first walk in New York City. Sightseeing carriages were waiting to take tourists on a leisurely excursion through this famous park while ice cream trucks were parked on Columbus Circle, ready to provide a cool treat on this late summer evening. Our destination was a bit farther north – 96th Street where we were going to play tennis in the Central Park Tennis Centre. This city-run facility is located among the trees and meadows of Central Park and offers 26 public clay courts that locals and tourists alike can use. It’s always a great feeling to be playing tennis right in the heart of New York City. 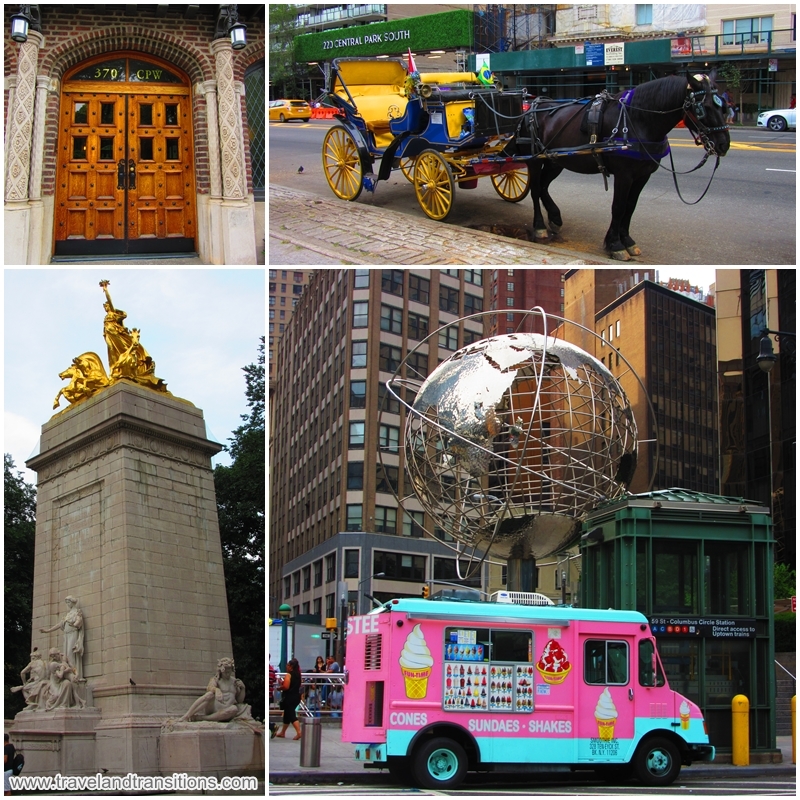 After a good workout we were definitely hungry. So we hopped on the subway and went to one of New York City’s most vibrant spots: Washington Square Park. We picked up a pizza and sat down on a park bench and enjoyed the people watching. New York City provides a fabulous backdrop for a bit of relaxation combined with the opportunity to observe the eclectic people and interactions in the city’s public spaces. I went to take some pictures of the Washington Square Arch, a marble triumphal arch that was built in 1892 to celebrate the 100th anniversary of George Washington’s presidential inauguration in 1789. This white marble arch is also the grand southern terminus of Fifth Avenue. Large numbers of people were gathered here on this pleasant evening, enjoying the warm air next to this famous landmark and we had had a good time during our first few hours in New York City. 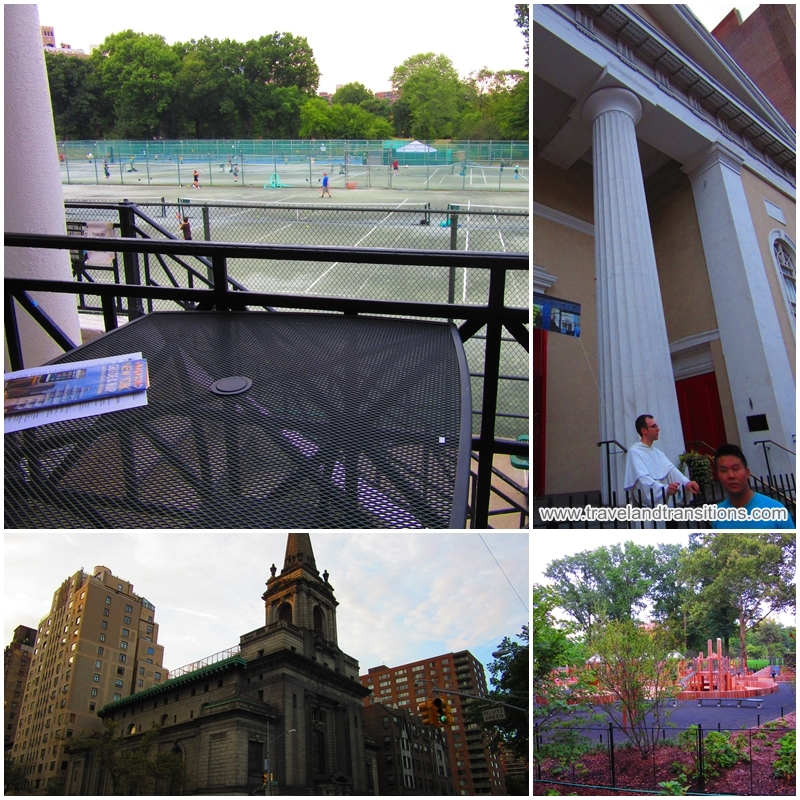 After our first day in New York that included some sightseeing and tennis in Central Park we were definitely hungry. So we hopped on the subway and went to one of New York City’s most vibrant spots: Washington Square Park. We picked up a pizza and sat down on a park bench and enjoyed the people watching. New York City is just fabulous for that. Then I took some pictures of the Washington Square Arch, a marble triumphal arch that was built in 1892 to celebrate the 100th anniversary of George Washington’s presidential inauguration in 1789. This marble arch is also the grand southern end of Fifth Avenue. 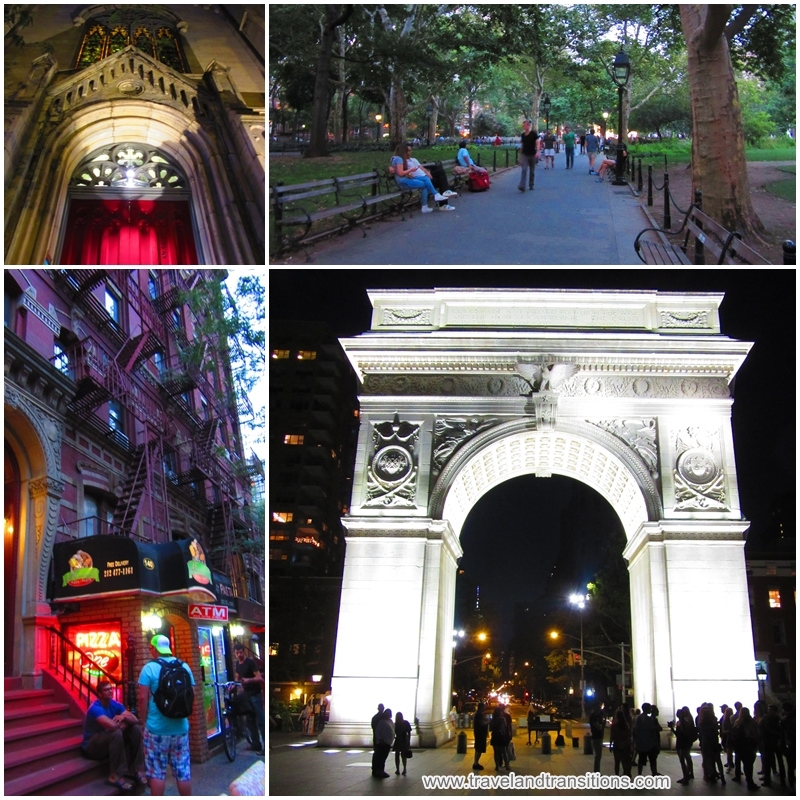 On our third day in New York City we had breakfast at the Tost Café in Long Island City. This busy place offers everything from egg dishes to breakfast burritos, a large selection of omelettes, pancakes, oatmeal, Greek Yogurt and bagels. They also serve a wide range of salads, wraps, burgers and Panini sandwiches, and all at very reasonable prices.