Arrival in Vienna: Exploring the Stadtpark, St. Stephens Cathedral and the Graben

After a couple of exciting days in Venice I boarded the train at the Santa Lucia railway station and headed north to Austria, my native country. I was going to spend the next nine days with my brother and my sister-in-law, and our plans included five days in the Austrian capital, Vienna. So on May 19, 2014, we boarded a train near Graz, Austria’s second largest city, and arrived in Vienna less than three hours later. The Austrian Federal Railways (ÖBB in German) has fantastic specials that are called “Sparschiene” (“railway savings”) where you can book tickets to various destinations throughout Austria and parts of Europe at highly discounted prices. Some tickets can be purchased for as low as 19 Euros. 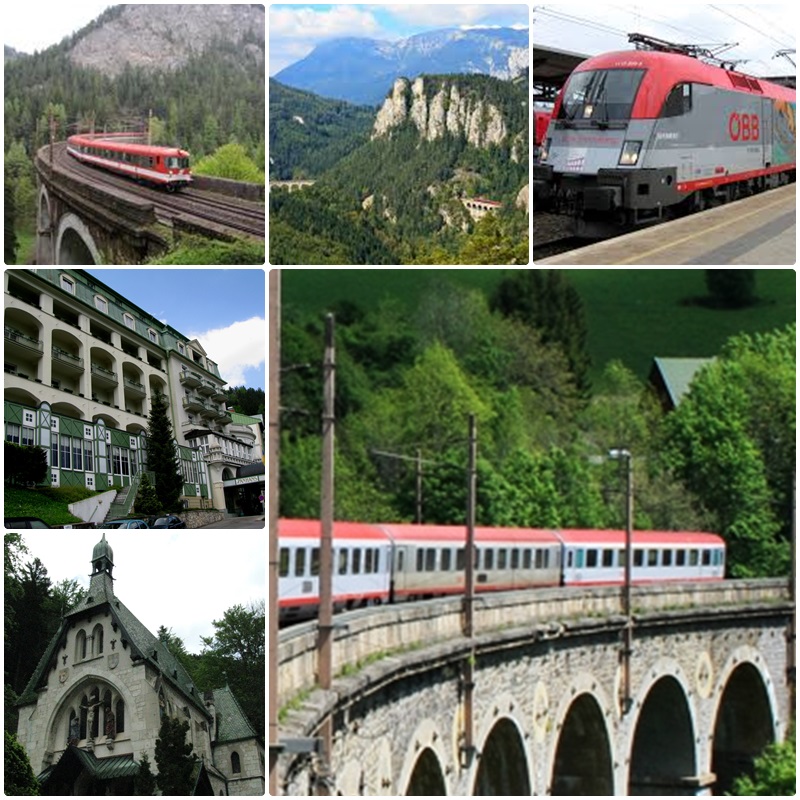 The historic Semmering Railway – a marvel of engineering

We enjoyed our tow and a half hour train ride to Vienna through the Semmering Mountains which were first conquered by the railway between 1848 and 1854. With its 14 tunnels, 16 viaducts and more than 100 curved stone bridges, this railway route has been designated a UNESCO World Heritage Site. In the early afternoon we arrived at the Meidling railway station in Vienna and quickly found our way to our holiday apartment. My sister-in-law is an astute traveler and had booked an apartment for the three of us in a location that was only three subway stops away from the very centre of Vienna. The apartment had two bedrooms, a large living room, a modern kitchen and bathroom – an amazing deal for a nightly cost of 90 Euros. Renting a private apartment in many places in Europe can be a great money-saving strategy because you can also save on restaurant costs. 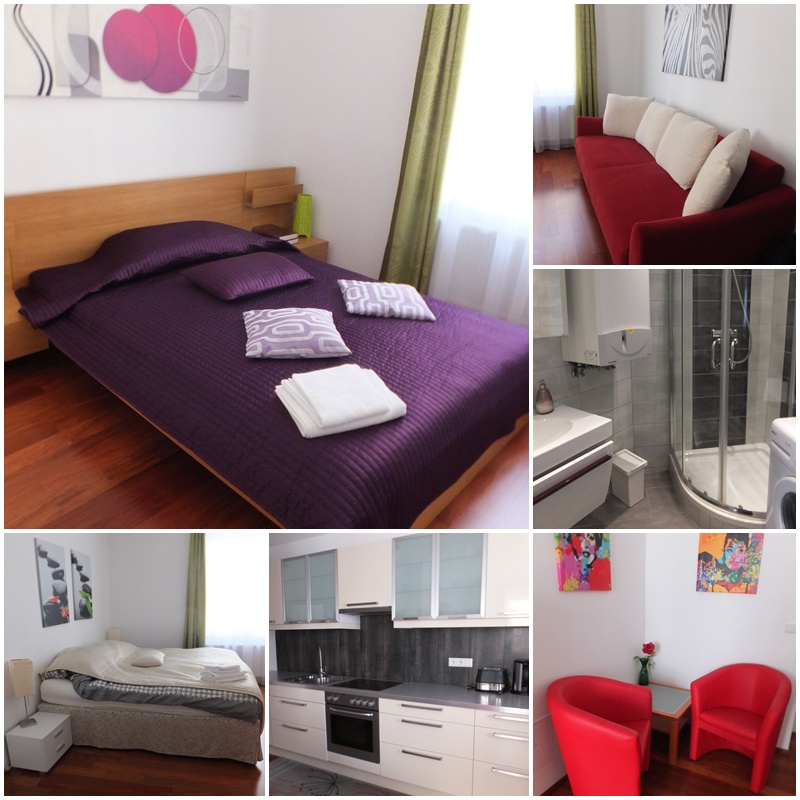 Our comfortable apartment in Vienna

After getting organized we took the subway downtown. Vienna has an amazing public transport system and at a cost of 15.80 Euros, our week long transit pass was a great investment that would give us unlimited rides on the subways, trams, buses and commuter railways of Vienna. We exited the subway at the Stadtpark, one of Vienna’s most popular green spaces. We continued our stroll to the very heart of the Austrian capital, the Stephansdom (St. Stephen’s Cathedral), a Romanesque and mostly Gothic cathedral that was consecrated in 1137 AD. With its characteristic 136 metre tall south tower and the colourfully tiled roof, St. Stephen’s Cathedral is Austria’s most important church and Vienna’s most well-known landmark. 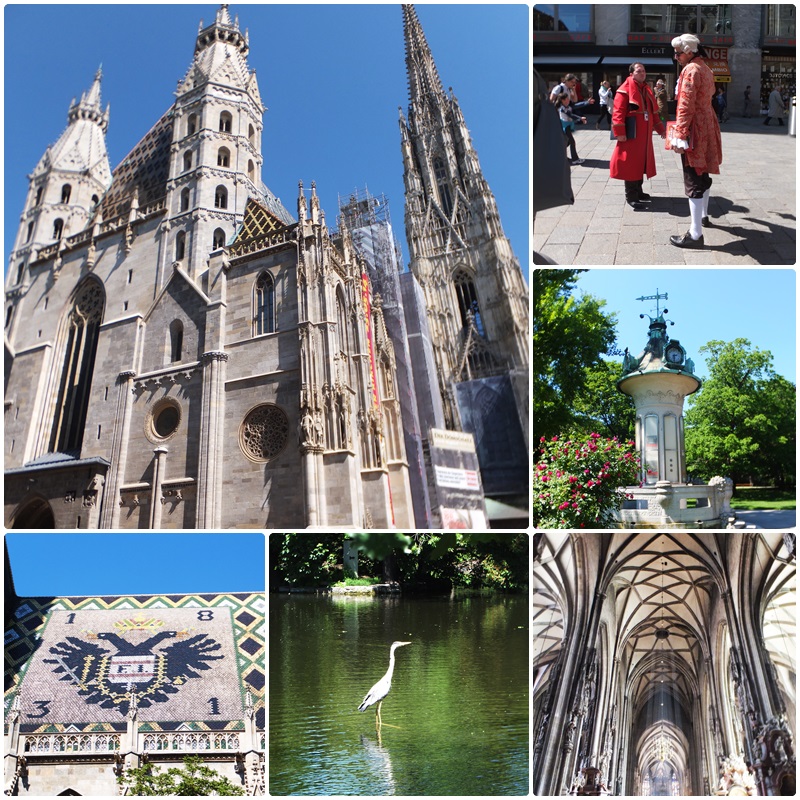 Just steps away from the big cathedral is the Peterskirche (St. Peter’s Church), an ornate Baroque masterpiece from the early 1700s. This church is located in a side street of the Graben, one of Vienna’s most famous streets. Now part of Vienna’s central pedestrian zone, this broad boulevard is surrounded by countless upscale shops, restaurants and street cafes. At the centre of the Graben is a large trinity column that was built to commemorate the Great Plague of Vienna of 1679 which claimed more than 75,000 victims. 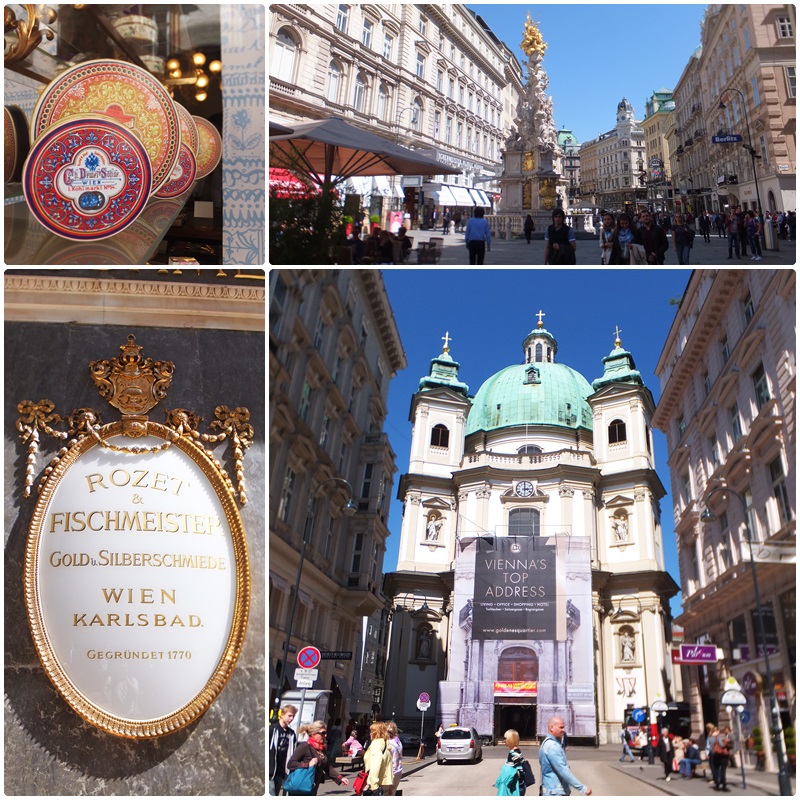 The Peterskirche and the Graben, two iconic destinations in Vienna

Vienna was the capital of the Habsburg Empire, and next on our list of places to see was the Hofburg, the opulent and expansive imperial palace that had been a seat of government since 1279 for various empires and republics.