Charlotte, North Carolina, is one of the  most dynamic cities in the  southeastern United States. In recent years it has become one of the fastest growing cities in the United States; with almost 2.5 million residents in the metropolitan area it was the 22nd largest city in the United States as of 2016. But in addition to being a business and population magnet, Charlotte has also transformed itself into a popular tourist destination. North Carolina’s capital city has many fans all over the world, and using our own travel photography, we have created a wide variety of unique Charlotte travel souvenirs. 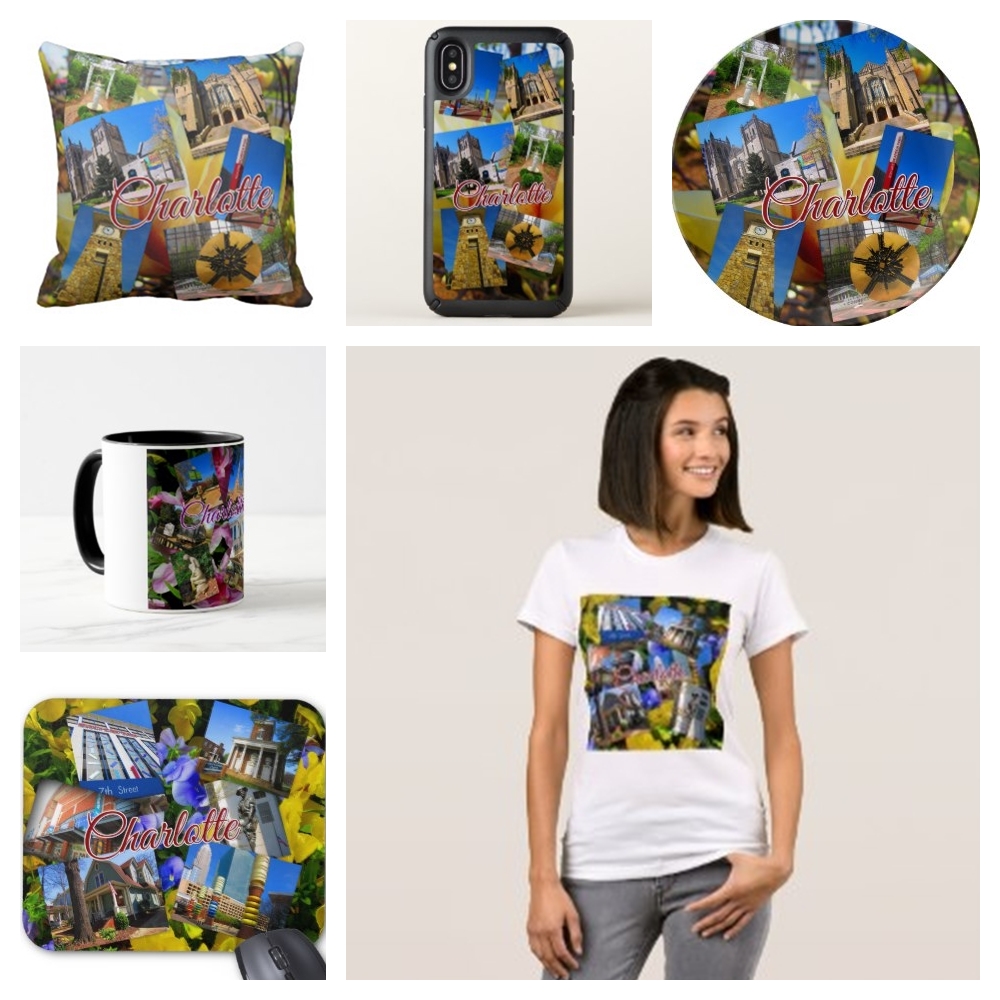 The downtown area of Charlotte is actually called Uptown  and represents the city’s centre of commerce, culture and government. The Fourth Ward is one of the city’s most popular attractions for architecture buffs; its beautiful Victorian-era homes make this one of Charlotte’s most coveted residential districts. Big attractions in Uptown include the NASCAR Hall of Fame, Discovery Place – one of the nationa’s most acclaimed children’s museums, the Levine Museum of the New South, and the Afro-American Cultural Center.

Sports fans will want to visit the Bank of America stadium for a game of the Carolina Panthers while the Charlotte Hornets play in the Time Warner Cable Arena. Big concerts usually take place in the Spectrum Center, in the heart of Uptown’s entertainment district. Outside of Uptown, Charlotte’s residential districts have their own charm.

Some of the city’s hippest districts with a variety of bars, restaurants, boutiques and galleries include NoDa (North Davidson Street), the South End, South Park and Plaza-Midwood. Dilworth and Myers Park are gorgeous neighbourhoods with winding tree-lined streets that are full of historic homes.

Freedom Park is the city’s favourite park; on 98 acres it features a lake, paved trails, tennis and volleyball courts, sports fields and a historic steam engine that is popular with the children. Every September, Freedom Park hosts “Festival in the Park”, a 5-day long festival that has been recognized as a Top 20 event by the Southeast Tourism Society. Charlotte is a diverse and interesting destination; and we have a lot of photography footage about it. We would be happy to custom-design some Charlotte travel souvenirs for you or your organization.