Following my quick explorations of the Plaza de Mayo on foot, I was ready to get to know the city in more detail. I figured the best way to get a quick overview was to get on a double-decker sightseeing tour, so I inquired at a kiosk at the intersection of Avenida Rivadavia and Calle Florida about tickets for the sightseeing tour. What followed was an experience that was a bit reminiscent of Communist times: customer service was unfriendly and atrocious. And there was a long line-up for people to get on one of the buses and a fight almost broke out between the tourists that had been waiting in line and other people that were trying to butt in. Finally, by 2:15 I got on the sightseeing bus and we headed off to explore the Argentine capital.

We had a peek at the Congreso Nacional, seat of the Argentine government. The large neo-classical building has a front portico with Greek columns and a very large copper dome and is quite reminiscent of the Capitol Building in Washington, DC. We continued on through the San Telmo neighbourhood, the oldest barrio of the city that has a wealth of beautiful colonial buildings. With its many cafes and tango bars, San Telmo is an extremely popular destination with the tourists.

Our sightseeing bus took us past the Boca Juniors Stadium, home of Buenos Aires’ most popular soccer team. We briefly stopped at the Bar El Estaño, a historic restaurant and tango bar that has been in business for many years. Not far away is the famous Caminito, a short pedestrianized street full of colourfully painted houses in the La Boca neighbourhood. Settled in the late 1800s by Italian immigrants, this barrio still retains a palpable European flavour and is renowned for its vibrant street life and tango performances. 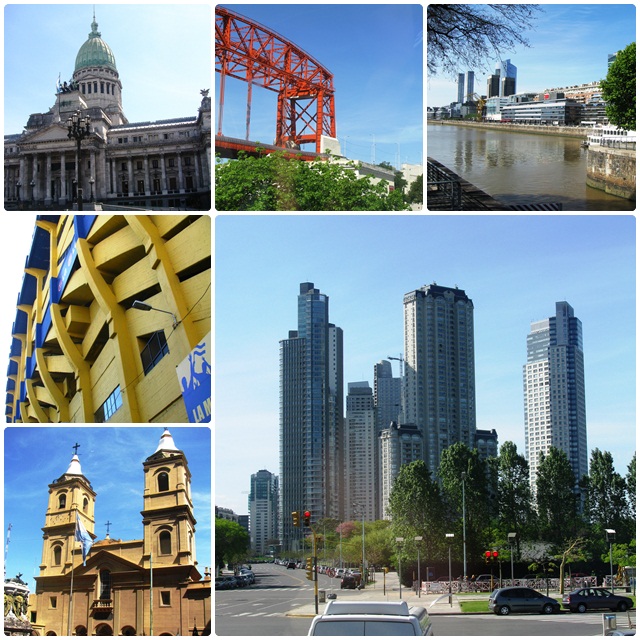 Next on the list was Puerto Madero, the city’s old port area surrounding a basin that was built in the 1880 and was obsolete shortly after construction. After a long period of neglect, Puerto Madero has been revitalized since the late 1980s and today, it is home to many restaurants, night clubs, a boutique hotel and a yacht club. Offices, lofts and upscale houses have also sprung up here. One of the most famous sights in Puerto Madero is the Puente de la Mujer (Women’s Bridge), designed by renowned Spanish architect Santiago Calatrava.

We passed by the Plaza San Martin, a large square in the Retiro neighbourhood which features beautiful French and Italian-style architecture. The Palacio San Martin is the palatial home of a local family that also became the headquarters of Argentina’s foreign ministry. This area is full of large mansions of the leading families of Buenos Aires. Then we headed north into Palermo and I exited the bus at the MALBA, the Latin American Art Museum of Buenos Aires. 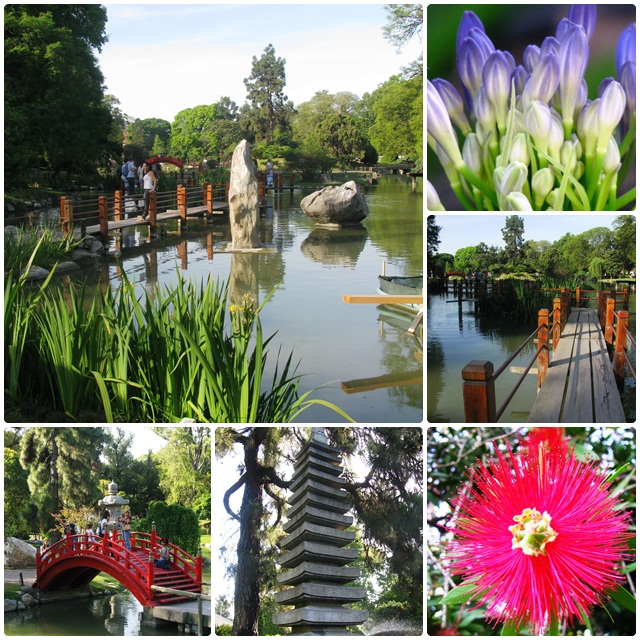 The Japanese Garden of Buenos Aires

Rush hour was in full swing now and I walked through the streets of Palermo, admiring the eclectic mix of architecture. Shortly after 5 pm I entered the Jardin Japones, the Japanese Garden of Buenos Aires. It offered a welcome respite from the frenzied after-work traffic on the surrounding streets. This peaceful and attractive garden was created in 1967 by the sizeable Japanese community of Buenos Aires. The man-made lakes, bridges and pavilions provide a serene backdrop against some of the high rise buildings in the background.  The garden closed at 6 pm so I continued my walk farther north past the Centro Cultural Islamic Rey Fahd – a large Islamic cultural center and mosque that was inaugurated in 2000. The largest mosque in South America has a huge prayer room that can accommodate 1,000 worshippers.

Farther north I entered the Parque 3 de Febrero, one of the most beautiful green spaces of Buenos Aires. After having been owned by Argentine dictator Juan Manuel de Rosas, the site was converted into the city’s largest and most popular park in 1874 and was designed by famous landscape architect Carlos Thays. I strolled around the Rosedal, the most popular part of this park which holds more than 12,000 rose bushes. El Rosedal is a magnet for the locals, and many couples and young families were enjoying this warm spring evening in the Argentine capital. 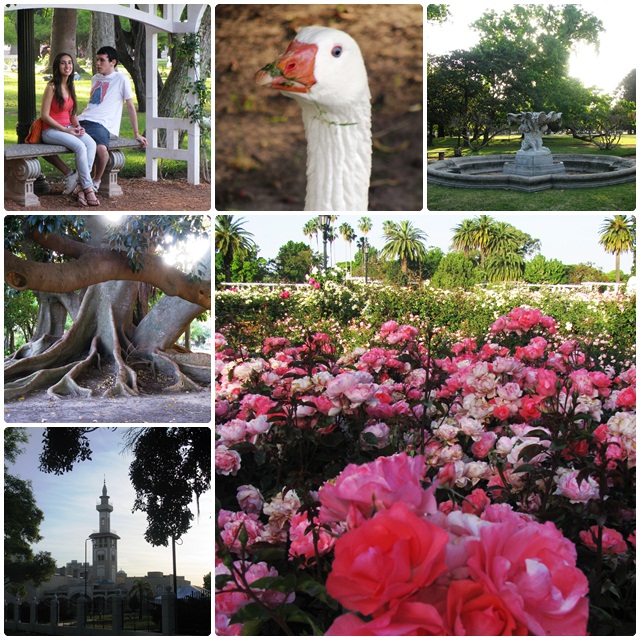 My lack of sleep from my long journey to Buenos Aires was catching up with me, so I walked home to my cozy apartment in Palermo, made a little dinner and started downloading some photos. I completely conked out after having been in transit for more than 24 hours and a packed day of sightseeing. But I just had to take advantage of every minute of my time in Buenos Aires. Tomorrow another exciting day was waiting for me – a bicycle tour of the Barrio Chino.