I had thoroughly enjoyed my morning explorations in Buenos Aires’ La Boca neighbourhood and had even caught a live tango show. In the afternoon it was time again to head back to the Palermo area, to Biking Buenos Aires, the cool local bicycle touring company that was founded by two young American guys, Robin Gerlach and Will Whittle. Over the past few days I had already done two bicycle tours with them and on this day I was joining another two-wheeled excursion, the Buenos Aires Graffiti Tour.

We headed out on this specialized tour under the guidance of Johnny Robson, a British expat who originally hails from London, England. Johnny was sent to Buenos Aires on a work assignment by his advertising agency employer. Like so many others, he fell in love with the city and also started connecting with the local street art scene. He founded www.graffitimundo.com, an organization that offers graffiti tours throughout the city and represents and promotes a number of local graffiti artists. During the tour we learned a lot about Argentina, and its dramatic and often tragic history which includes a genocide of 30,000 who vanished during the 1970s and a complete economic collapse in 2001. The graffiti tour by bicycle was a great way to learn how street art reflects the political circumstances of Argentina. 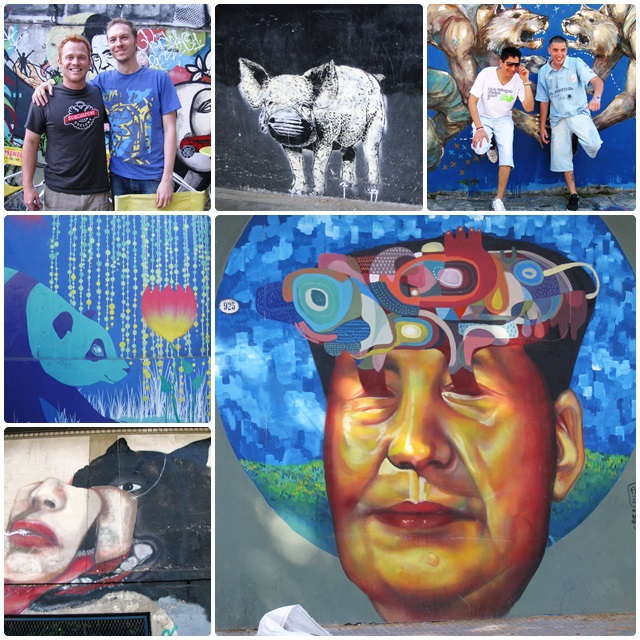 The four hour graffiti tour took us through the Palermo district of Buenos Aires and exposed us to many examples of street art.  Palermo is an upscale neighbourhood, north of the city centre,  that was developed in the late 19th century. Palermo itself is subdivided into several areas such as Palermo Viejo, Palermo Chico, Palermo Alto, Palermo Soho and Palermo Hollywood. It is a safe neighbourhood to walk in, full of high apartment buildings with lower houses in the older part of the district. Palermo Hollywood has become one of the trendiest entertainment and restaurant areas in all of Buenos Aires. 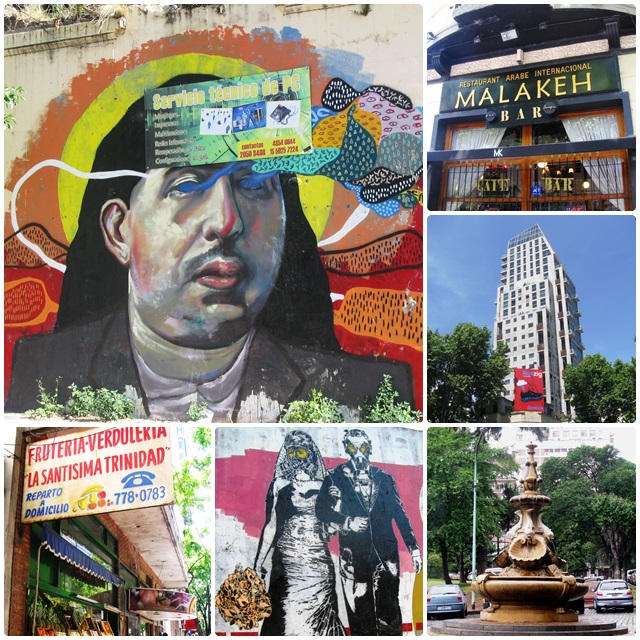 In Argentina, graffiti has a completely different history than in other countries. Outlawed until fairly recently by repressive regimes, it is not associated with the gang culture of other places. As a matter of fact, many building owners allow graffiti artists to paint on their buildings. Blank walls are often associated with memories of political repression while urban street art represents a much treasured freedom of expression.

We admired some provocative graffiti by urban artists from all over the world and got great insight into the political background and tumultuous history of Argentina. At the end of this fascinating journey our group retreated to a local Post Street Bar, a hub of local graffiti artists and enjoyed some refreshing drinks on the roof top patio. We even got to talk to some of the resident artists and learn more about their creative process.

A bike tour like this is a great way to explore a city and make new friends at the same time. At the end of the bike tour I connected with one of the people I had met on the tour and we had dinner at Limbo, a trendy restaurant in Palermo. Fiona hailed from Australia and was on a big Latin American adventure that would take her several months and through several South American countries. We had an absolute ball and resolved to stay in touch. Close to midnight I walked home through the safe streets of Palermo to my apartment, tired from a long day of exciting discoveries. The plan for tomorrow was to head out of town and explore some of the areas surrounding Buenos Aires. 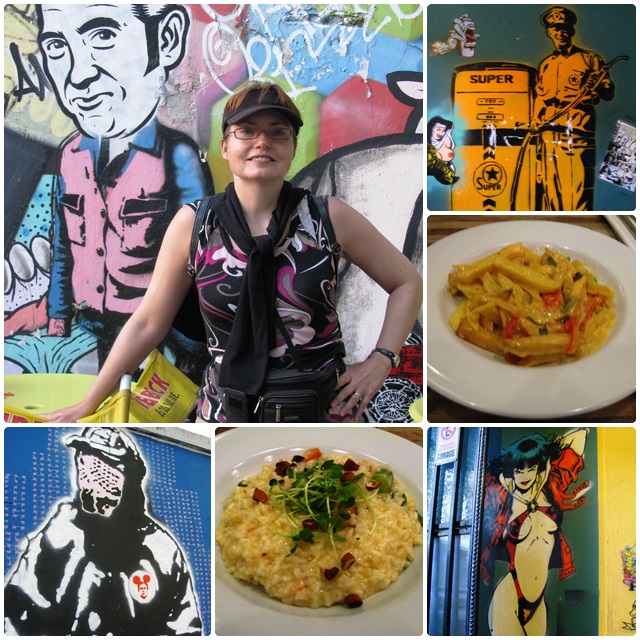 After the graffiti bicycle tour: ready for dinner in Palermo