After our extended explorations of Canalside, Buffalo’s recently revitalized waterfront district, we were now ready for dinner and chose to head to the Pearl Street Grill & Brewery, one of the city’s most popular eateries and entertainment spots, right in downtown Buffalo. Located in a 4-story historic building from the 1840s, the Pearl Street Grill is the second largest brew pub in North America and also among the top 100 restaurants in America, serving somewhere between 5000 and 6000 people a day. After a long day of sightseeing, we sat down for dinner and enjoyed the St. Louis Ribs glazed in Jack Daniel’s Honey BBQ sauce, tasty Potato Pancakes with Wheat Stewed Apples, and a Fresh Apple and Pear Salad. This was accompanied by a taste test of some of the 14 hand-crafted beers that are produced right on site. Roy Bakos, one of the restaurant’s managers & a real Buffalo expert, showed us around the huge property which has a deli in the basement, two large floors for restaurant guests as well as two floors on the top which can be rented out for weddings and special events. 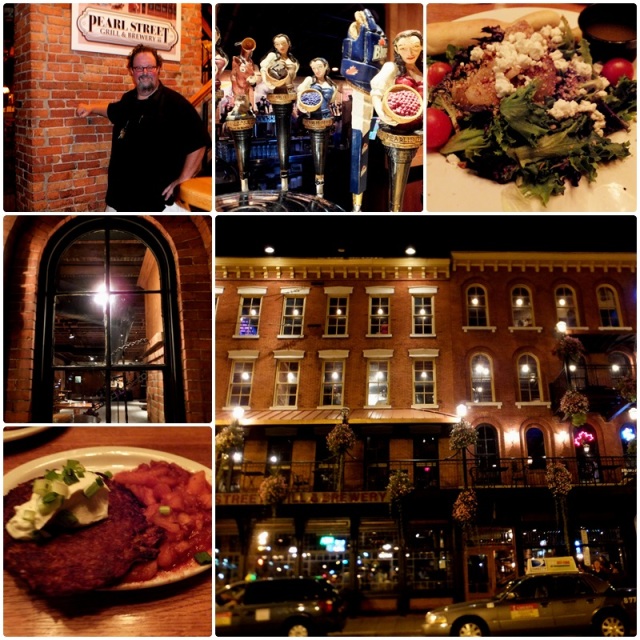 A tour of the Pearl Street Grill

Among the most amazing features of Buffalo’s Pearl Street Grill & Brewery are its patios. Over the last few years, the owners have invested in wrought-iron balconies that enhance the building’s visual appeal as well as provide a great spot for parties. The second story has a New Orleans-style wraparound patio that goes around three quarters of the building and extends into a huge terrace in the back. The 3rd and 4th storeys have their own patios as well. Two weddings were in full swing on the top floors and the place was absolutely packed with people having a fun time. The Pearl Street Grill & Brewery is very popular with hockey fans who are just a few minutes away from the First Niagara Center hockey arena, and lots of people also come here to enjoy live music. 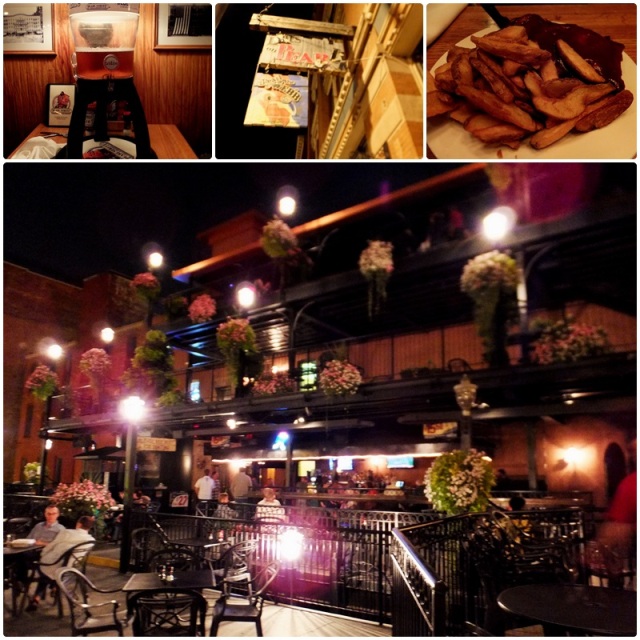 After an enjoyable dinner at the Pearl Street Grill & Brewery, we embarked on a night-time walk back to our hotel , the Comfort Inn & Suites, right in Buffalo’s Theater District. At night, many of Buffalo’s historic buildings are beautifully lit. Along with New York City, Chicago and Detroit, Buffalo has one of the greatest collections of early 20th century architecture in all of North America. The Electric Tower is one of the architectural highlights. Originally built as the Niagara Mohawk Building, this Beaux-Arts skyscraper from 1912 is clad in white terra cotta, which makes it particularly stunning at night when it is lit up in different colours. Although some historic architecture was lost here (like in most North American cities) during the 1960s and 1970s Urban Renewal era, Buffalo still has a phenomenal array of fascinating historic structures. 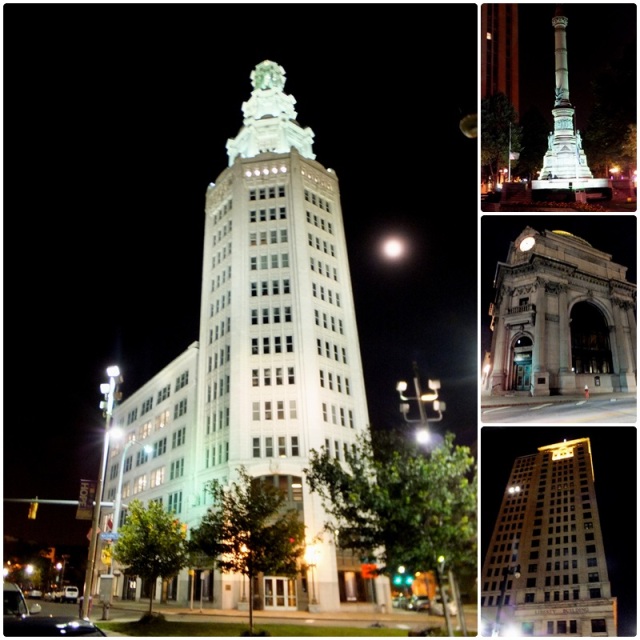 The Electric Tower, one of Buffalo’s architetural jewels

Finally, we strolled up on Main Street into Buffalo’s Theatre District and joined the crowds at “Curtain Up”, the 23rd annual celebration of the opening of the Buffalo Theatre Season. The street party on Main Street was in full swing, with live music, dancing, street performers and a huge crowd sipping cocktails in front of some of the city’s theatres. The Buffalo Theatre District features five renowned theatres in close proximity. Because the doors were wide open, I had a chance to walk inside the Shea’s Performing Arts Center, a gorgeous theatre (originally a movie house) from 1926 whose interior was designed by Louis Comfort Tiffany – an absolute masterpiece that is part of the National Register of Historic Places. 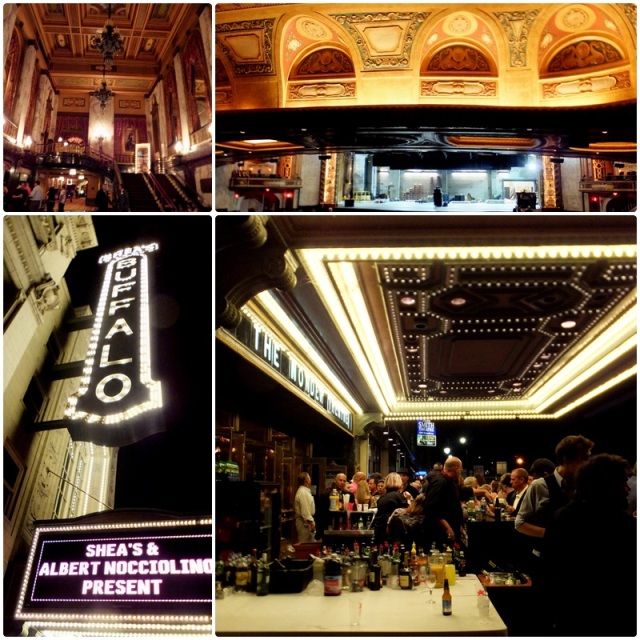 It had been an exciting day in Buffalo, but we had 3 more days ahead of us. Rain was forecast for tomorrow, so we had a great indoor program: a visit to the magnificent Lafayette Hotel, which was recently restored.