Buffalo Travel: The Splendour of Our Lady of Victory Basilica in Lackawanna

After our colourful visit at the Buffalo & Erie County Botanical Gardens we did not have to go far to our next destination: a few hundred metres away, in the city of Lackawanna,  just south of Buffalo, we stopped and decided to visit the Our Lady of Victory Basilica and National Shrine. We had not planned to visit this church or ever heard of it, but this monumental basilica was located right on the way to the botanical gardens so we decided to have a look around. 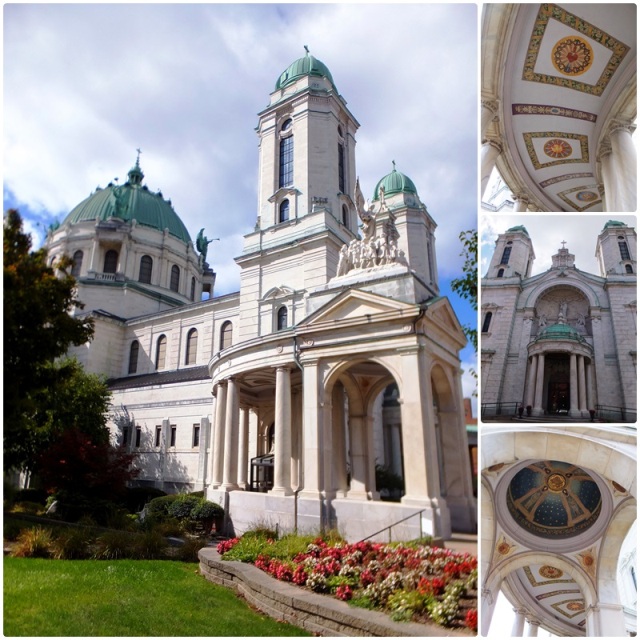 Buffalo’s Our Lady of Victory Basilica: beautiful and impressive

The exterior features a large copper dome that was the 2nd largest in the US (after the Capitol building in Washington) when it was completed in 1926. There are two twin towers that are 165 feet high (over 50 metres, or about 16 stories). The main entrance is flanked by two large colonnades on each side that each hold marble sculptures of children, respectively led by a nun or a priest.

Our Lady of Victory Basilica was founded by Father Nelson Baker, a Roman Catholic priest who founded a number of local institutions, such as an infant home, a boy’s orphanage, a home for unwed mothers, a hospital, a nurses’ home, a grade school and a high school. He became known as the “Padre of the Poor”. The basilica itself was financed by direct-mail fundraising, and the enormous church was built between 1921 and 1926 without taking on any debt. 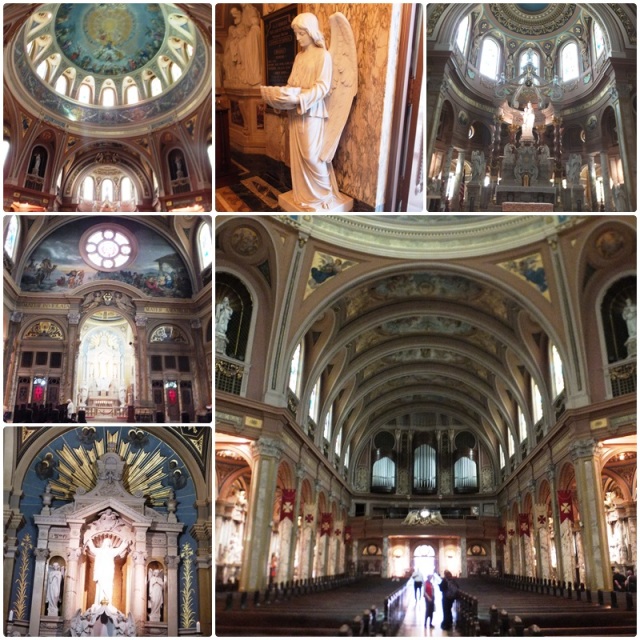 The amazing interior of Our Lady of Victory Basilica

The interior is magnificent, with a giant dome that has a diameter of 80 feet or 24 meters. The main altar showcases a 9 feet (2.7 metre) tall statue of Our Lady of Victory which was sculpted in Italy and blessed by Pope Pius XI. Along the side of the basilica are 14 Stations of the Cross, depicting the final hours before Jesus’ death.

The details of the interior of the Our Lady of Victory Basilica are simple breathtaking. The Great Dome depicts the Assumption of Mary and the Blessed Mother’s Coronation. 12 apostles and 3 archangels line the dome’s outer edge while an angel carries Mary towards heaven. The entrance area also holds magnificently detailed ceilings, chandeliers and sculptures. 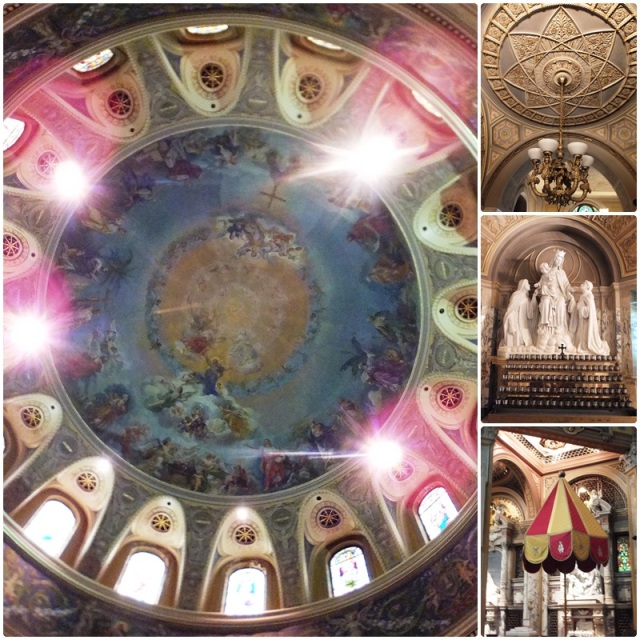 The magnificent dome of the Our Lady of Victory Basilica

After this quick stop we were ready to make one more excursion into downtown Buffalo to explore the city’s most famous landmark:  Buffalo City Hall, a world-renowned Art Deco masterpiece.