Costa Rica Travel: The Lush Landscapes of the Central Valley

On the schedule for our first travel day in Costa Rica was an exciting excursion from the Central Valley to the Poas Volcano, one of the country’s active volcanoes that has erupted almost 40 times since 1828. As far as we knew, our Caravan tour was going to depart at 7:30 am from the Real Intercontinental Hotel we were staying at. Due to our flight delays the night before and our late arrival around midnight, we had missed the welcome briefing last night and needed to hook up with our tour group this morning.

By 6:30 am we headed downstairs into the restaurant and I experienced my first Costa Rican breakfast. Among the many items in the buffet, one dish in particular is a staple in all Costa Rican morning meals: rice and beans, also called “gallo pinto” (literally “speckled rooster”), which is essentially the same rice dish as “moros y cristianos” (Moors and Christians) in countries like Cuba or Spain. I was familiar with this kind of dish but not aware that it was eaten for breakfast. 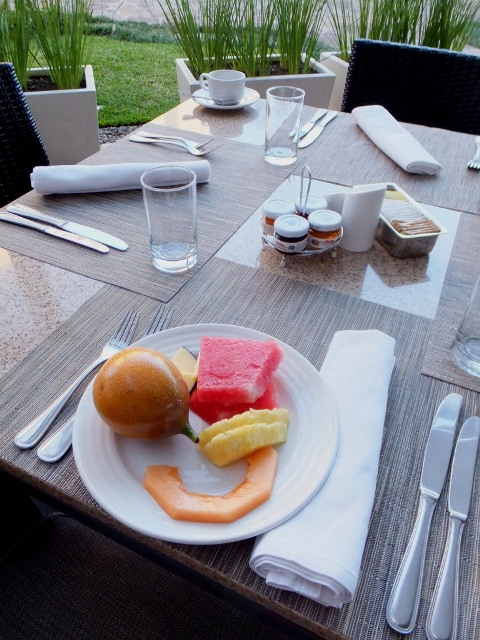 After an enjoyable meal on the hotel’s terrace that was accompanied by lots of delicious fresh Costa Rican fruit, we went into the lobby at about 7:15 and I saw a big bus in the driveway in front of the hotel. I went outside and found out that this was indeed our Caravan Tour bus. The group wasn’t even expecting us because we were supposed to arrive today after our flight delays yesterday. Fortunately we got on the bus and made our way to some empty seats in the bus. 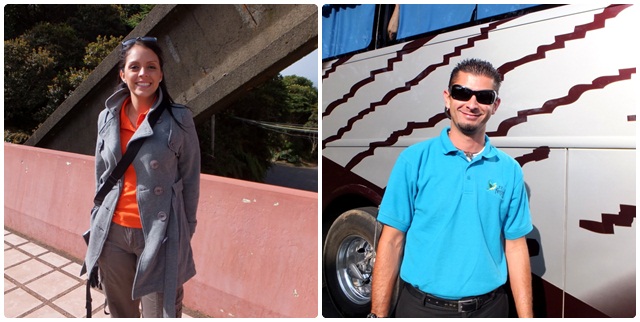 As part of this organized tour we had a tour director, an attractive young lady by the name of Karol, and an equally nice young bus driver by the name of Mario. This was our expert local team for the next 9 days. The tour group itself was quite mixed, quite a few retired couples as well as some couples in their 40s and 50s and a young family. Everyone gave us a friendly greeting as we made our way through the bus.  Karol explained that every day there would be a seating list for the bus so everyone would get to sit in different parts of the vehicle to prevent disagreements about who gets to sit where. 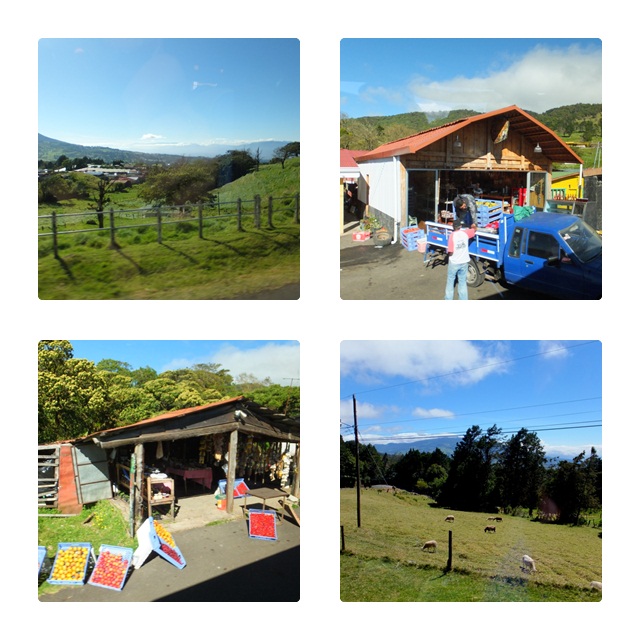 Landscapes of the Central Valley

We drove through parts of San Jose and I was quite impressed at the rather modern looking roads and buildings of San Jose. This was the first I had seen of the city since it was almost midnight by the time we arrived yesterday. Costa Rica’s capital is located in a large bowl-shaped valley, called the “Central Valley” which is surrounded by mountains and volcanoes.

As we drove past the International Airport and through the town of Alajuela, Karol used the microphone and started to explain various things about Costa Rica as a country. She explained the Costa Rican school system as well as the country’s ethnic makeup. 95% of people are “mestizos” of mixed Spanish and indigenous descent, while there is a tiny minority of ethnic  Chinese people and about 3% Afro-Caribbean people, most of Jamaican descent, who came to Costa Rica to build the railways in the late 19th century. 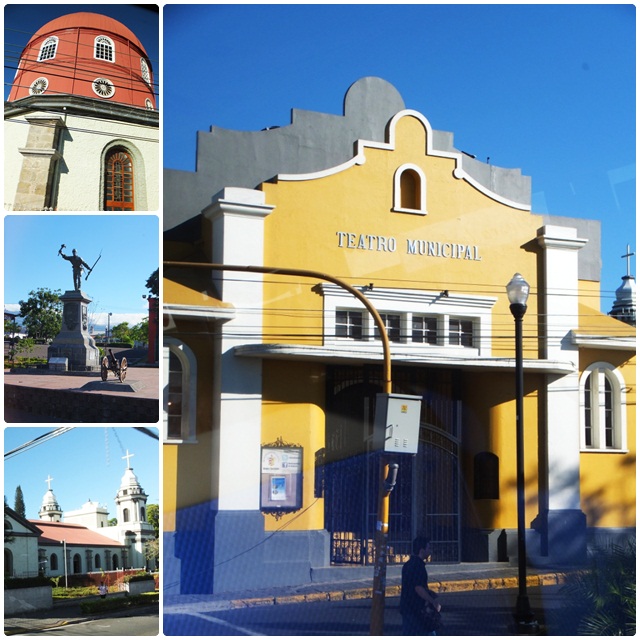 Our bus started to climb up the mountain and as we came around the hairpin turns, we started to get great vistas of Costa Rica’s Central Valley. The capital of San Jose was sprawling underneath us, and the mountains and volcanoes provided a graceful frame for the big city. Cows were grazing on the sloping meadows that were interspersed with farm houses. Trees and farmlands were lush and green, and I was strongly reminded of my native country of Austria and some of the mountain grazing regions very near to where I grew up. Soon we were going to arrive at our first destination:  the Poas Volcano National Park.