After our May 7, 2012 visit to the Oscar Schindler Factory, my expert guide Monica and I crossed the Vistula River and walked into Kazimierz, the historic Jewish Quarter of Krakow, Poland, since the rule of King Casimier III in the 14th century. Despite wide-spread destruction under the Nazis, the seven principal synagogues located here represent the largest collection of Jewish prayer houses in Europe, next to Prague. 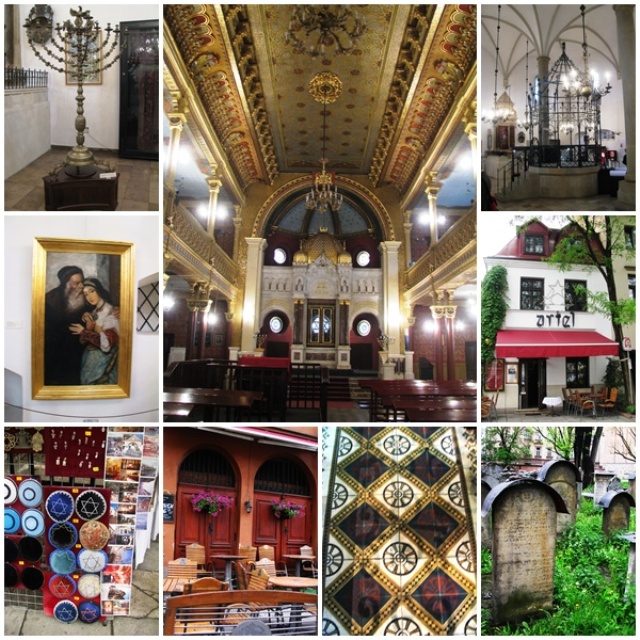 We visited three different synagogues and started with the Old Synagogue, the oldest synagogue building still standing in Poland. Dating back to the 1400s, this building is one of the most treasured landmarks of Jewish architecture in all of Europe. Currently the only active synagogue in Krakow, the Remuh Synagogue was constructed in 1553 and modernized several times. During WW II it was used by the Nazis as a storage area for firefighting equipment after all the religious objects had been removed or desecrated. The Old Jewish Cemetery is located right next to the Remuh Synagogue and is the last resting place of many distinguished Jewish citizens of Krakow. The cemetery was destroyed by the Nazis who sold the tombstones as paving stones. A small portion of them have been returned and were re-erected.

The last synagogue we visited was the Tempel Synagogue which was built between 1860 and 1862 as a Reform synagogue. The Moorish Revival structure has some outstanding ornamentation and a similar design as the Leopoldstädter Tempel in Vienna, Austria. During WWII, the Tempel Synagogue was used as ammunitions storage and its beautiful interior was destroyed. In the 1990s, the Tempel Synagogue was completely restored as a result of joint efforts by the City of Krakow, the Jewish Community and the World Monuments Fund. In addition to being a centre of Jewish history and culture, today the entire district of Kazimierz is a popular entertainment area with many restaurants, cafes and bars. It also hosts the annual Jewish Cultural Festival. 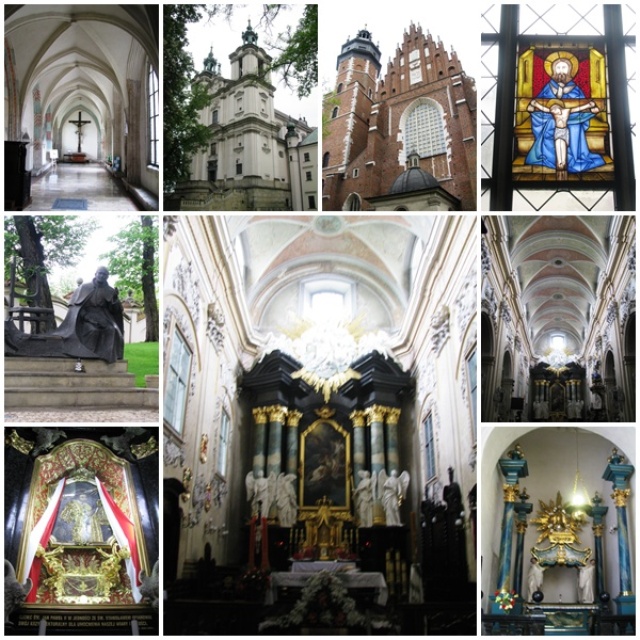 Kazimierz also has a Christian part and during our walking tour we visited three important Roman Catholic Churches. The Gothic Corpus Christi Church was constructed in stages between about 1340 and 1450 and was originally intended to be a monastery. St. Catherine’s Church was also built during the Gothic era and boasts one of the best acoustics in the city. Last but not least, we also visited the Church on the Rock, located where Saint Stanislaus of Szczepanow was slain by order of the Polish king in 1079. A church has stood here since Romanesque times, while the current church was built in the late 1400s and received a complete Baroque makeover in the mid 1700s. Many distinguished Poles are buried in the crypt underneath the church. Before leaving Kazimierz, we also visited the market square which now holds an ethnographical museum.

At the end of our walking tour, my guide Monica and I crossed the entire Old Town of Krakow, Poland, and headed north of the St. Florian’s Gate to a local outdoor market where everything was for sale: fruits, vegetables, meat, clothing, household goods and much more. Shopping locally on the markets is still an important tradition in Poland. I was particularly fascinated by the country cheeses that are made in decorated moulds. They looked delicious… 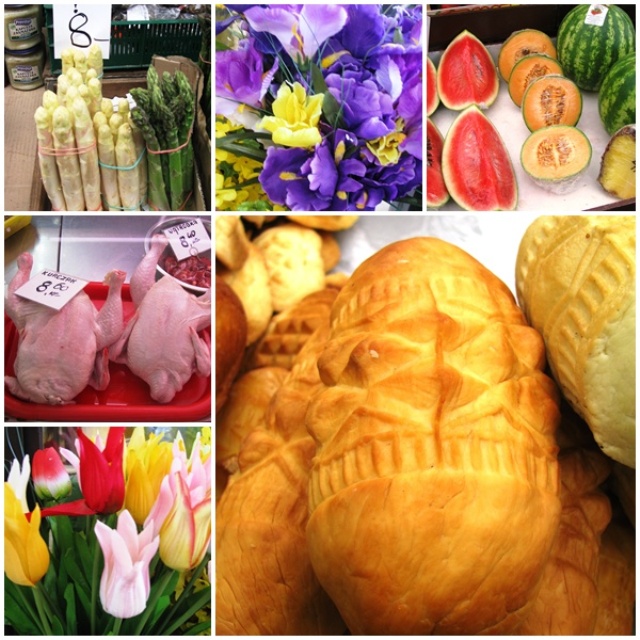 Then by about 1:30 pm it was time for lunch. Monica took me to a historic restaurant called U Babei Maliny (Grandma Malina), a very traditional old-style Polish restaurant where I ate onion soup and Krakow pork chops (stuffed pork chops) with rice and potatoes. Polish cuisine is very hearty and definitely sticks to your ribs.

Finally, after the end of my walking tour on May 7, I took a tram and a local bus to the Benedictine Abbey of Tyniec which is located on a steep limestone outcropping on the right bank of the Vistula. Some of the local residents were very helpful in directing me to the correct bus stop and it was great to know that, thanks to the locals, I was able to navigate my way through Poland without any knowledge of the local language. 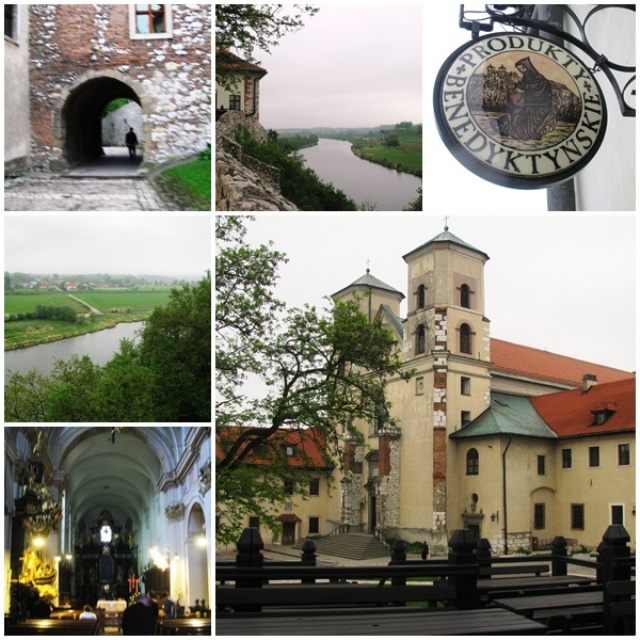 The Benedictine Abbey of Tyniec

In the drizzle, I walked up a long tree-lined road to get up to the Abbey. The monastery was founded in 1044 AD and is one of the oldest in Poland. Located on a rocky outcropping above the Vistula River, there is a normally wonderful view from the abbey over the surrounding countryside, but not on this day due to the rainy weather. A large group of people attending a funeral was leaving the church and the gift shop and restaurant were closed.  Altogether, the atmosphere on this dreary day was rather gloomy, so I decided to head back to Krakow and spend a nice evening in my cozy hotel.

Image Gallery of Kazimierz and Tyniec in Krakow, Poland: