After an absolutely hilarious and outrageous performance of the naughty Christmas panto at the Stirling Festival Theatre and a good night’s sleep at the Old Carriage House bed and breakfast, the second day of my Toronto travel weekend escape started with a tasty morning meal, prepared by B&B host Lacy Tessier. He was working hard in the kitchen while my travel partner Gary and I were chatting with our fellow guests, an older couple from Toronto who had equally enjoyed  last night’s naughty musical production of “Alice in Wonderland” in the theatre across the street. They added that the naughtiness  level of this year’s panto had definitely been notched up from last year.  (I thought to myself if that’s the trend I can’t wait to go there next year…)

Soon breakfast arrived: a nicely presented Holiday French toast, drizzled with an eggnog reduction and house-made caramel and garnished on the side with spiced whipped cream.  We savoured our breakfast and had a brief chat with Lacy who, upon our request, introduced us to one of his three friendly dogs which are generally kept in areas separate from the guests. Soon it was time to say goodbye and I thanked Lacy for the great hospitality at the Old Carriage House which had been a perfect place to stay for our Toronto travel getaway in Stirling. 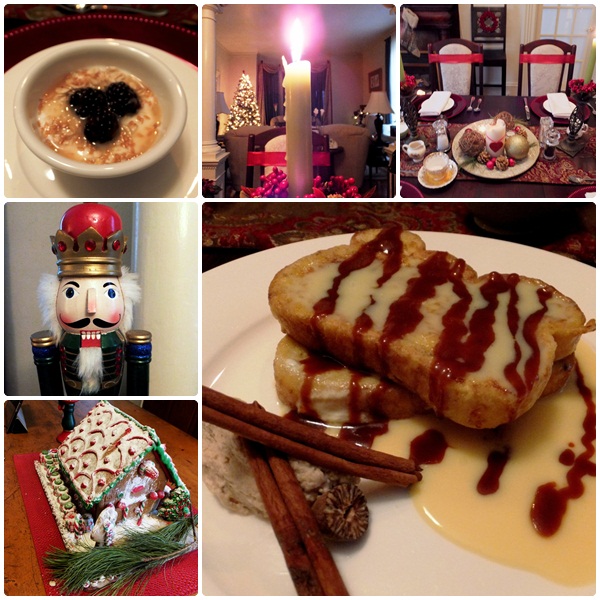 Breakfast at the Old Carriage House in Stirling

On a drizzly and cold day we started driving through the wintery countryside and after about 20 minutes we had arrived at our first itinerary point of the day: the Church-Key Brewing Company, a local micro-brewery on the outskirts of Campbellford. Ivan Unwin, one of the managers, was on standby to give us the brewery tour and introduce us to this unique local business.

Church Key Brewing was founded by John Graham, a self-described maverick, brew-master and alchemist, in 2000. Many years ago, John left a career as a car mechanic behind to work in a Toronto brew pub before opening his own micro-brewery. To express his sacred devotion to beer-making, he chose to locate his brewing company inside the historic 1878 Methodist Church at Pethericks Corners. Ivan is one of the managers and has been working there for about a year and a half.

We started the tour in the retail office in the front that shows off the impressive variety of Church-Key beers. The four Church-Key classics include Northumberland Cream Ale, Red Ale, West Coast Pale Ale and Holy Smoke Scotch Ale. But this small brewery handcrafts a large variety of other specialty beers such as Holy Cow (a chocolate-milk style heavy stout with chocolate chips), or other unusual varieties such as “It’s The Great Pumpkin Ale”,  “Barley in Cider” or “The Grains of Wrath Double IPA”. 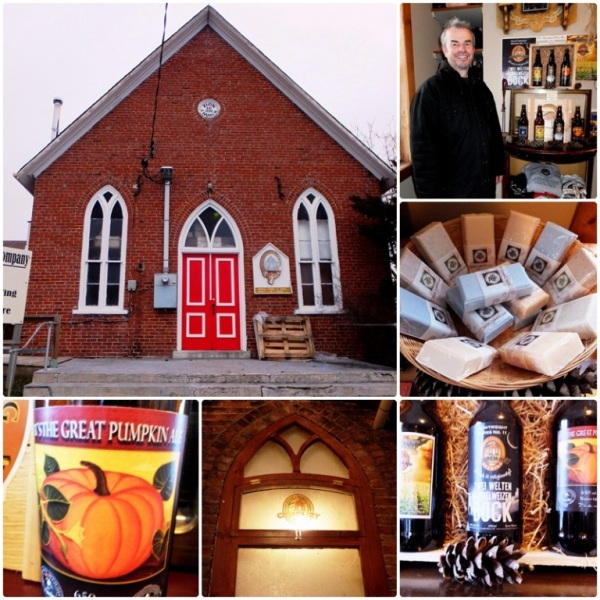 Then we headed into the back to see where the beer gets brewed once a week, usually on Wednesdays. Brewing takes about four to five hours and all ingredients used are natural and traditionally brewed without any additives or preservatives. After adding the yeast, fermentation takes about three to four days after which the beer is filtered through 30 micromesh screens. Then it goes into the conditioning room where it mellows until the experts decide that it is ready to get shipped to the customers. In the final process the beer gets kegged or hand-bottled, which, according to Ivan, is a rather brutal task that involves working with freezing cold and scorching hot water.

We also stepped upstairs in the old church and admired the huge beer bottle collection on the wall. Ivan added that every once in a while, little leprechauns will come and steal some of the still full beer bottles from the wall. For those who wish to legally buy this beer, three varieties are available through the LCBO (Ontario’s liquor store network): Holy Smoke, West Coast  and Northumberland.

After visiting this shrine to beer brewing, and after my travel partner had bought two cases of beer to sample, it was time to continue our Toronto travel weekend escape and on to our next destination: the Ontario Water Buffalo Company.