Exploring Vienna’s Ringstrasse, the Votivkirche, the Burgtheater, Hofgarten and Burggarten

The Ringstrasse, Vienna’s opulent boulevard, features a large collection of impressive historicist buildings from the second half of the 19th century. After passing by the University, an Italian Renaissance Revival complex, I arrived at the Votivkirche (Votive Church). This is one of the most impressive architectural landmarks on Vienna’s imperial boulevard and was built as a gesture of gratitude for a failed assassination attempt on Emperor Franz Joseph. Following an architectural competition, a neo-Gothic design reminiscent of medieval French cathedrals was selected. Tourists often mistake the Votivkirche for Vienna’s real Gothic cathedral, the Stephansdom (St. Stephen’s Cathedral), although these two churches were constructed about seven centuries apart. Construction started in 1856 and was completed in 1879 at the occasion of the Habsburg imperial couple’s 25th wedding anniversary. 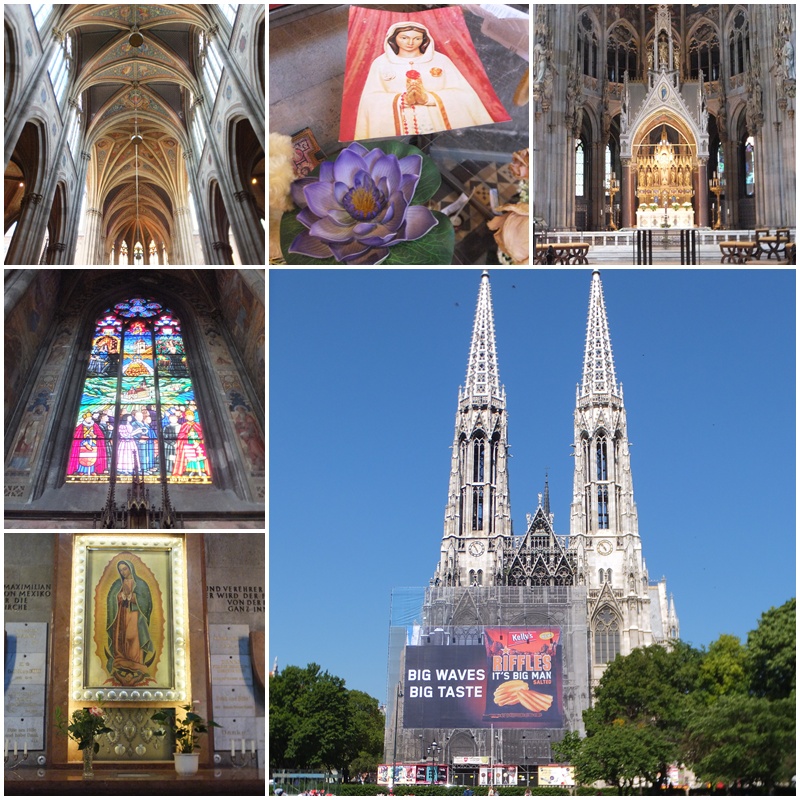 The Votivkirche, a neo-Gothic masterpiece

I crossed the Ringstrasse, Vienna’s grand boulevard, and visited the Café Landtmann which is located next to the Burgtheater, Austria’s National Theatre, and across the street from Vienna’s City Hall. Austria is renowned for its café culture, and coffeehouses had their heyday in the late 1800s when writers, artists, industrialists and politicians used to frequent these traditional cafés. Even today the Café Landtmann is still a favourite Viennese hangout where the locals sit down with a coffee (sometimes for hours) and maybe a delicious piece of cake, read the available free newspapers and while away a leisurely afternoon. Coffee culture dates back a long way in Vienna: the first coffee house in Austria’s capital was opened in 1685 by Johannes Diodato, an Armenian businessman. Café Landtmann is a popular gathering place before and after theatre performances at the Burgtheater, and some of its famous guests throughout history have included Sigmund Freud, Peter Altenberg and Emmerich Kalman. 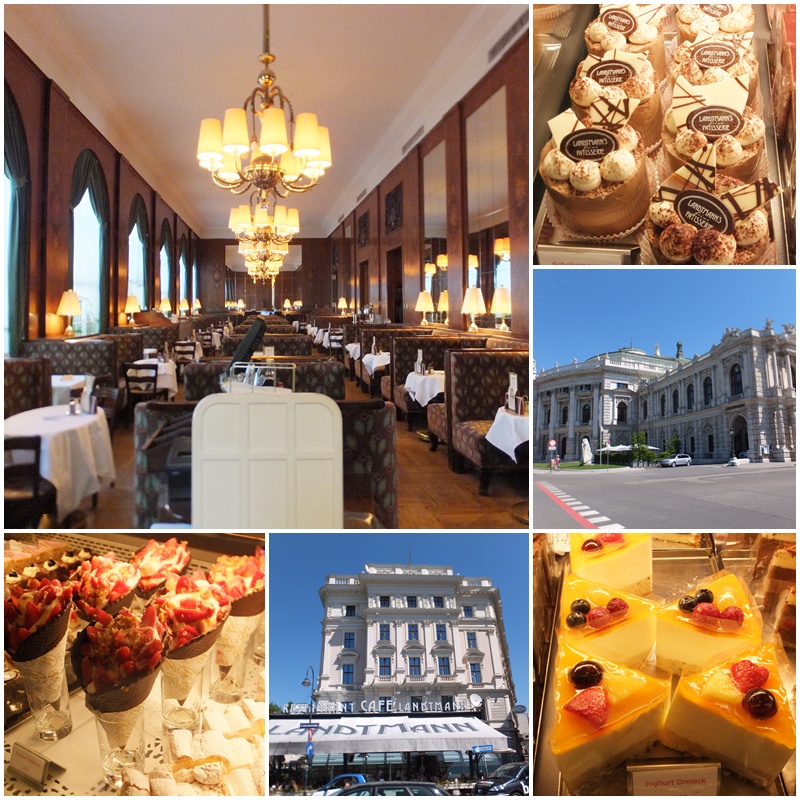 Café Landtmann, an institution right next to the renowned Burgtheater

Just on the other side of the Austrian National Theatre, also along the Ringstrasse,  is the Volksgarten (literally: “People’s Garden”), an attractive public park that is part of the Hofburg Palace, Vienna’s former imperial residence. The park was originally designed in 1821 and opened its doors to the public in 1823. The park features the neoclassical Theseus Temple, the Volksgarten Restaurant, the “Milchpavillion” (“milk pavilion”), the Café Meierei and the Cortisches coffee house from the 1820s where some of the Austrian waltzes composed by Johann Strauss I and Johann Strauss II were first performed. Various monuments adorn the park, including one of beloved Empress Elizabeth (“Sissi”). Visitors can also enjoy two fountains and its magnificent rose gardens which were in full bloom during my visit. 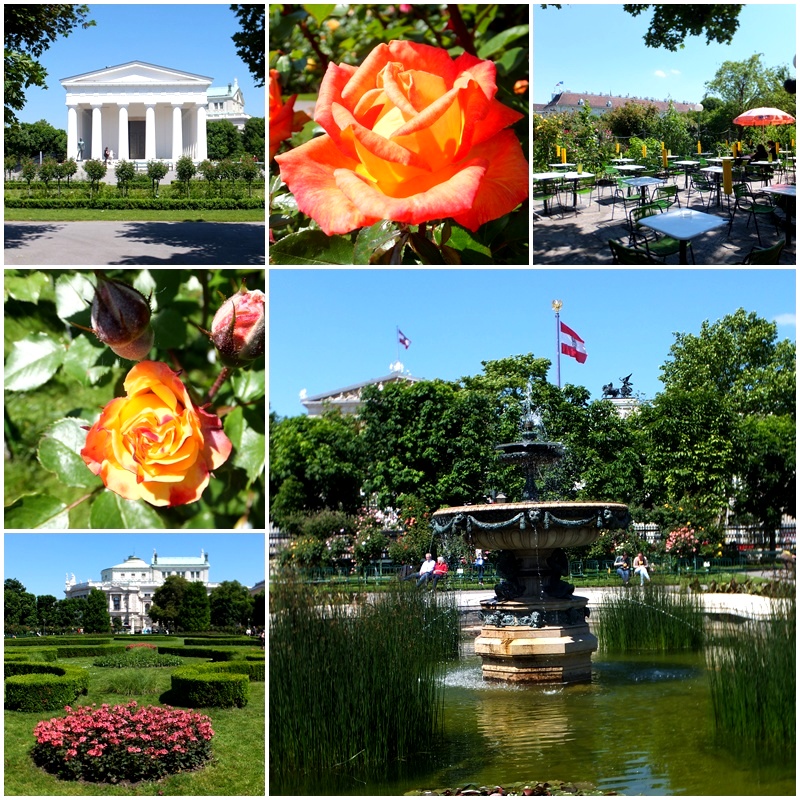 The gorgeous Volksgarten where roses where in full bloom

Next to Vienna’s Volksgarten is the Hofburg, Vienna’s former imperial palace. The impressive palace of the Habsburg royal family is very extensive and the southwestern section is framed by the Heldenplatz (Heros’ Square). With its curved wings, the Neue Burg (New Castle) is part of the Imperial Forum and was built by renowned architects Gottfried Semper and Karl Freiherr von Hasenauer. Today, most of the Neue Burg is used by the Austrian National Library. On the other side of this gigantic complex is the Burggarten (Castle Garden) which originally was the private garden of the Austrian Emperor. It features lovely monuments of Wolfgang Amadeus Mozart and of Austrian Emperor Franz Joseph. A pretty pond lies in the centre of the garden, and lots of young Viennese university students stretch out and relax on the lawns of the Burggarten. 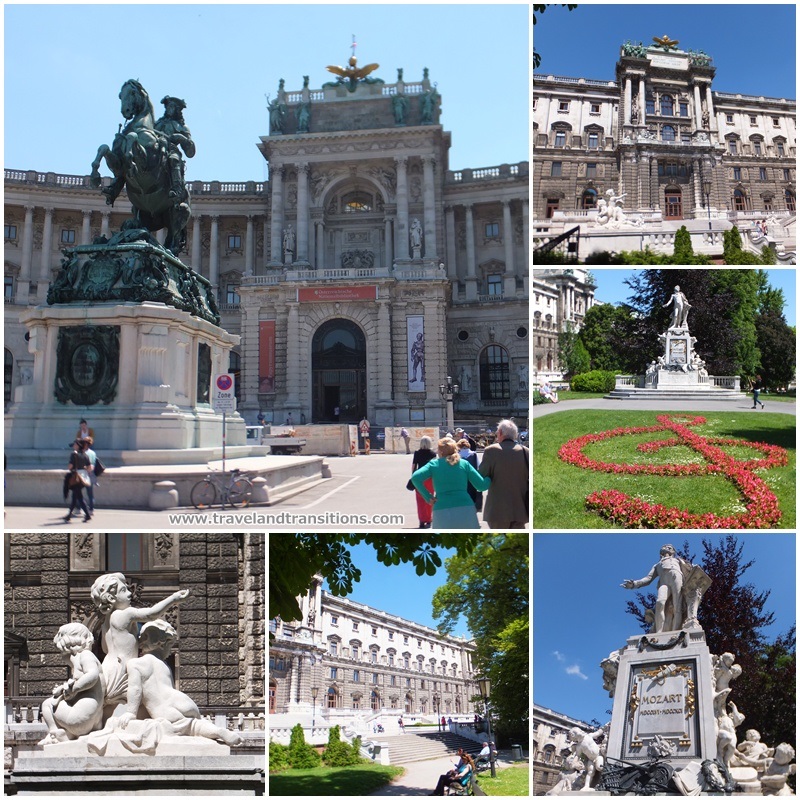 The Burggarten, a great place to relax

Also located in Vienna’s Burggarten is the Palmenhaus (House of Palms), an Art Nouveau greenhouse that was built in 1901. Today, the Palmenhaus, a magnificent steel and glass structure, features a nice restaurant with an outdoor patio, and that’s where I decided to have lunch – a perfect spot to enjoy the sun and watch the locals in Vienna. 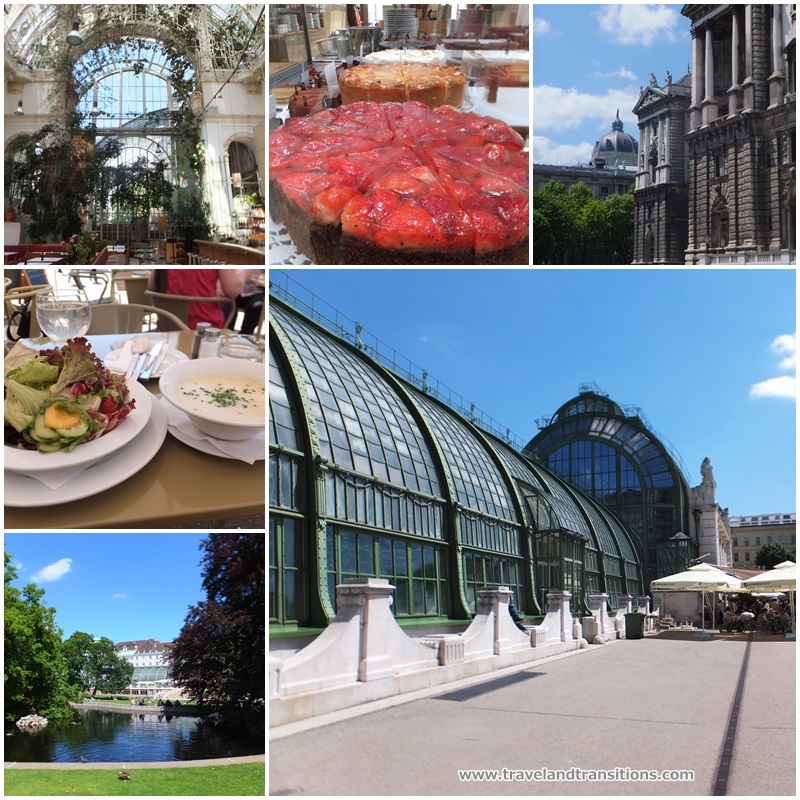 The historic Palmenhaus, a great place for lunch