Culinary Delights at the Naschmarket in Vienna, Architectural Preservation at the Gasometers and a Visit to the Bahnorama Observation Tower

As the morning sun was shining down on us on May 22, 2014 we started our explorations of Vienna with a visit to the Naschmarkt, the city’s most popular market. In existence since the 16th century, the merchants of the Naschmarkt today sell fruits and vegetables from all over the world, meat and seafood, baked goods and prepared dishes. It is one of Vienna’s most popular tourist attractions. 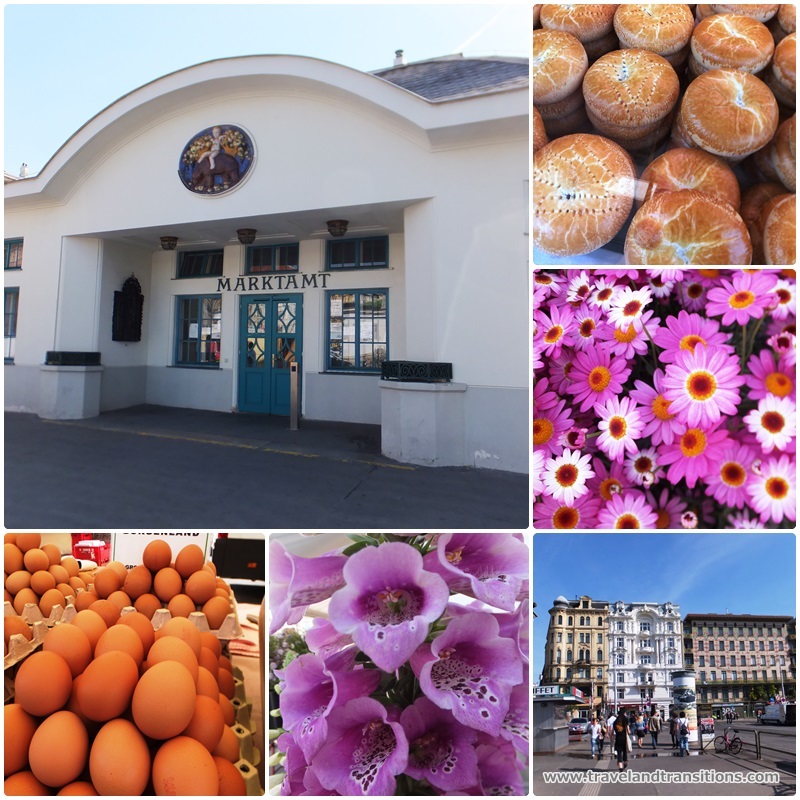 The Naschmarkt – Vienna’s most popular market

Located at the Wienzeile Street, this market stretches for about 1.5 km or almost a mile. The Naschmarkt is located on top of the Wien River which was partially covered over in the early 19th century. Many Art Nouveau buildings line the streets both south and north of the market. The market sells a wide variety of foods, from fruits to vegetables to meats and seafood, olives and pickled vegetables, honey products, pastries, breads and much more. Prices are not necessarily inexpensive, but it’s a great experience to stroll through this colourful market. 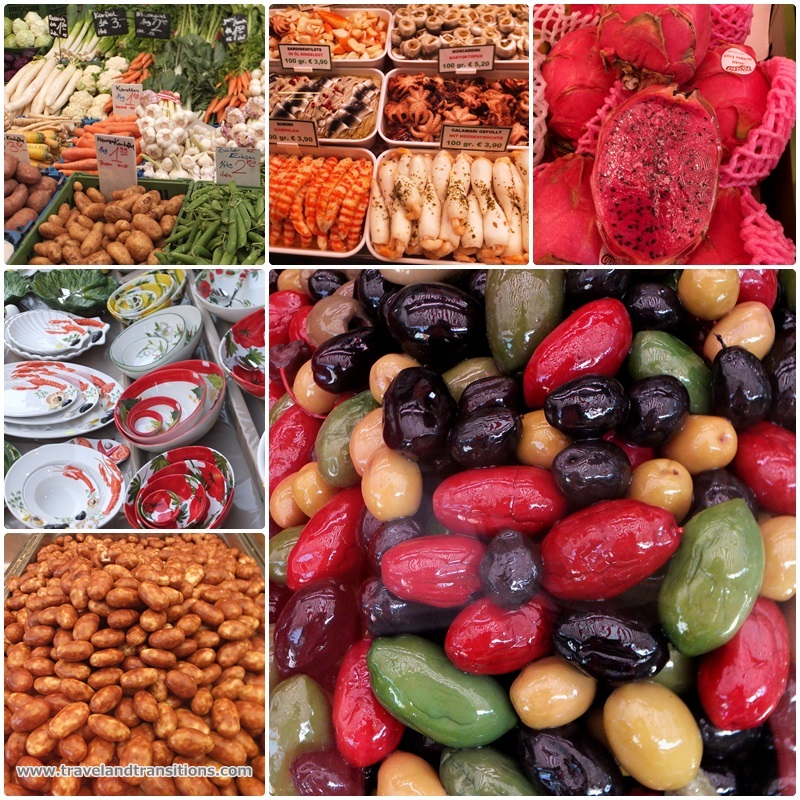 The Naschmarkt, a feast for the eyes

In addition to food, the Naschmarkt in Vienna also has a collection of restaurants and culinary establishments. Many of these eateries are open until midnight, so the market is busy the whole day long. The usual market hours for the market stands are 6 am until 6:30 pm on weekends and 6 am until 5 pm on Saturdays. 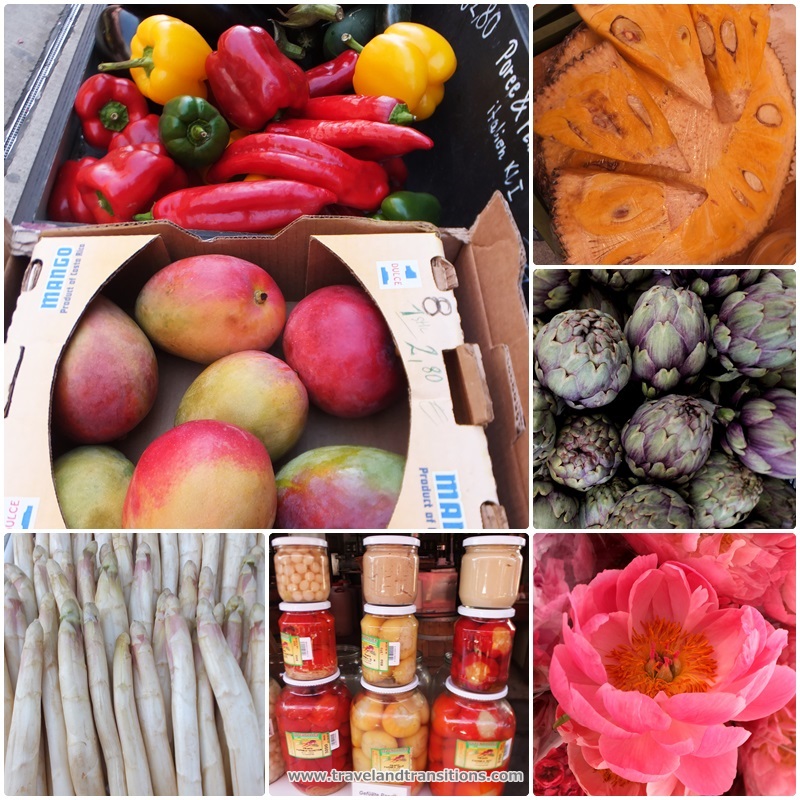 The Naschmarkt also has several restaurants that are open unti late at night.

Viennese pastries are, of course, among the many types of products sold at the historic Naschmarkt. And every Saturday, Vienna’s largest flea market takes place on the parking area just west of the market entrance. Private individuals as well as merchants and antiquities dealers set up shop here and there are many good deals to be found. 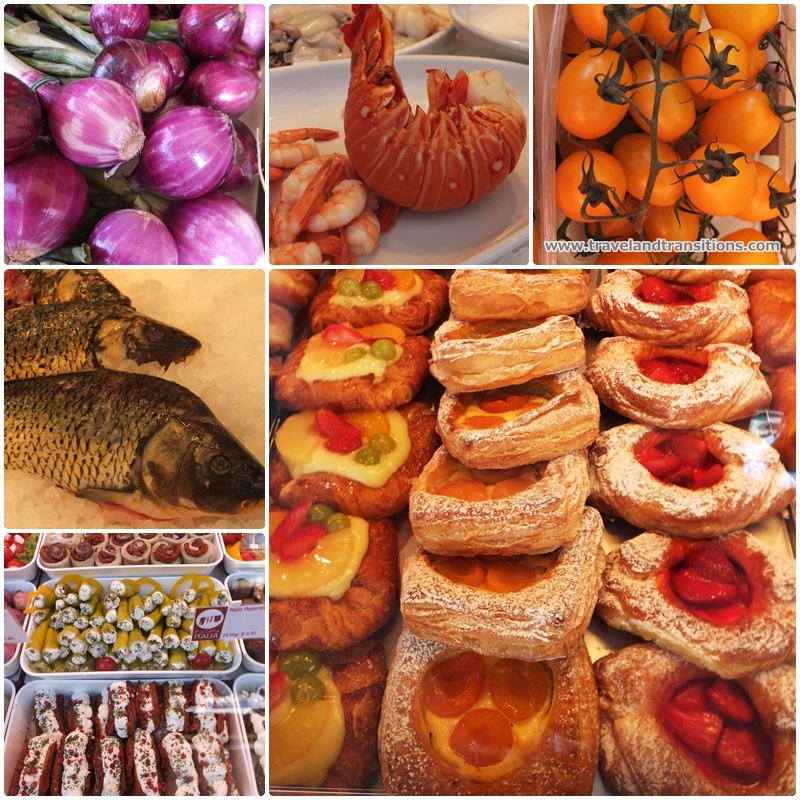 Viennese pastries at the Naschmarkt

After our morning stroll through the Naschmarkt we hopped on the Vienna subway system again to visit another unique Viennese attraction: the “Gasometers” are four huge former gas tanks that were built between 1896 and 1899 in order to store coal gas. They were decommissioned in 1984 and only the highly decorative outer brick walls remained. Fortunately, these unique structures were preserved, and in the mid 1990s they were converted into multi-use buildings including a retail mall, offices and apartments as well as a movie theatre, music hall, a student dorm and other facilities. The shopping malls on the ground floors of each building are connected with skybridges. Today, the Gasometers have become a community of their own and developed a unique neighbourhood city character. Due to their uniqueness they have been frequently studied by urban planners, architects, psychologists and sociologists.

Viennese pastries at the Naschmarkt

After our fascinating visit to the Gasometers we went to explore another unique site in Vienna, the Hauptbahnhof (main train station) which is replacing the Südbahnhof (southern railway station) that was demolished in 2010. Wien Hauptbahnhof is still under construction, and with a budget of over 200 million Euros, it is one of Europe’s most significant building projects. This train station is slated to become the main passenger terminal for the Austrian capital and is already servicing local commuter trains while long-distance rail traffic is scheduled to start in December of 2015. An observation tower has been built that provides a magnificent view over the roofs of Vienna. Its name, “Bahnorama”, is a combination of the German words for “railway” and “panorama”, and with an admission fee of only 2.50 Euros, it is one of the least expensive ways to view Vienna from above. The views over the historic buildings of Vienna as well as the futuristic design of the new railway station are simply fantastic. 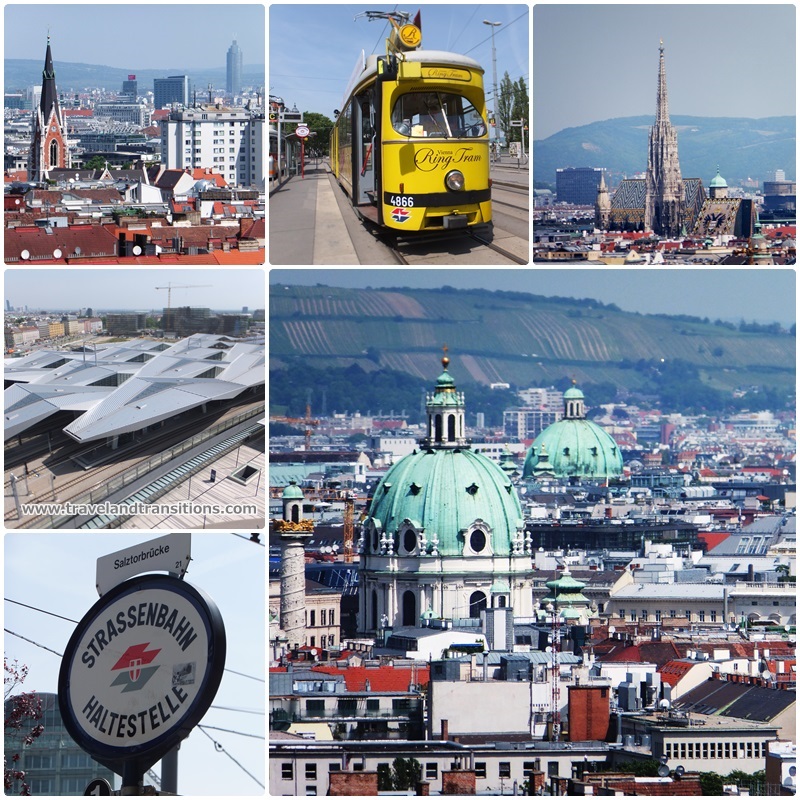