Located on a hill overlooking the St. Lawrence River, Quebec City is the capital city of the Quebec province. With its colonial history and interesting culture, this French-style city has become a popular tourist destination, attracting over 6 million people every year.

Not only is Quebec City renowned for its tourist attractions, it is also famous for hosting various events and festivals all year round. Quebec City’s joyful inhabitants, as well as its French lifestyle, have converted the city into one of the world’s must-see destinations.

Here is some travel information that will be useful if you are considering a trip to Quebec City.

Weather in Quebec City and Best Time to Visit the City

Quebec City is usually colder than Montreal and summer tends to be hot and humid. July and August are the warmest months of the year, with average temperatures of 23°C (74°F).

Despite the cold temperatures, winter can also be a nice time to visit Quebec City, as the city provides easy access to lots of sport activities and the world-famous winter carnival during this season.

Quebec City is an amazing city, filled with both historic buildings and modern architecture. The combination of French heritage and North-American culture makes the city a really unique place, with lots of interesting attractions. Here are some sights not to be missed:

Things to Do around Quebec City 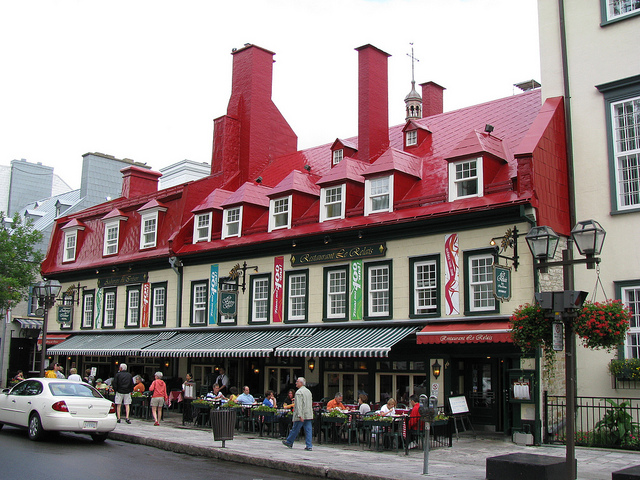 With its rich colonial history, French-style cafés, lively events and joyful inhabitants, Quebec City is definitely worth a visit. You will experience European architecture and joie de vivre in a North American setting.

Vist our website for travel advice, interviews and first-person travel adventures.
Check out our photo collection from our 2008 trip to Quebec City.
Have a peak about our article series about our 2006 trip to Montreal.