A Visit to the Holocaust Museum of Buenos Aires, Recoleta Cemetery and the Buenos Aires Botanical Garden

Argentina is a country of immigrants, starting in the 16th century with Spanish colonization, and continuing with a huge wave of migration from Italy, Spain and other European countries in the 1800s and early 1900s. World War II caused very interesting immigration patterns in Argentina, with large numbers of Jewish people fleeing persecution, followed by a wave German immigrants after WWII that also included a sizeable number of former Nazis. To learn about this difficult chapter of history I decided to visit the Holocaust Museum of Buenos Aires. On November 7, 2011, I hopped on the subway and exited in the Recoleta area near the Teatro Colon and walked to the Calle Montevideo where I noticed a brown brick building that was guarded by security cameras. 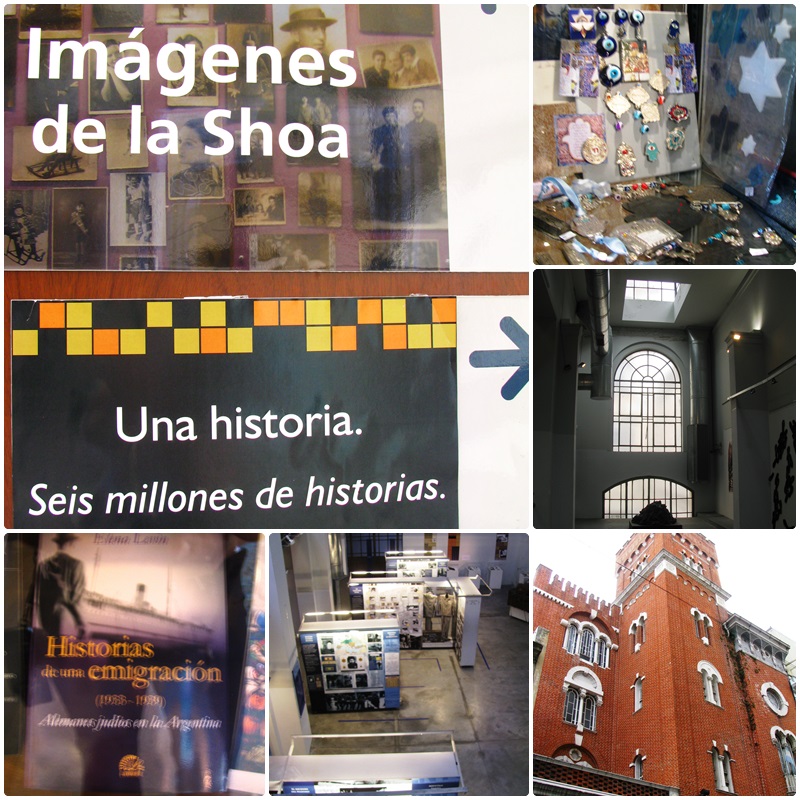 The Shoa Museum of Buenos Aires

The Buenos Aires Shoah Museum is the only one of its kind in Latin America and serves as an education centre and moral reminder of the horrific events that unfolded during the Holocaust. The museum features a timeline of the Holocaust, many educational displays as well as a gallery and film exhibit that give voice to survivor stories who rebuilt their lives in Argentina.

The Buenos Aires Shoah Museum also displays many real historic artifacts such as suitcases used by Jewish deportees, a prisoner’s cap from the Dachau concentration camp and two striped uniforms worn by inmates of Auschwitz. The most graphic display is a pile of discarded shoes that were worn by actual Jewish prisoners of Auschwitz. A temporary exhibit called “He Lived Among Us” focuses on Adolf Eichmann, one of the most sinister murderers of the 20th century and a top organizer of the Final Solution. Using false papers, Eichmann escaped to Argentina in 1950 and was discovered by the Mossad, Israel’s intelligence agency in 1960. Found guilty on many charges of crimes against humanity, he was executed by hanging in May of 1962. Before then, Eichmann had lived undiscovered in Buenos Aires for 10 years, and even had a job as department head in a car factory. 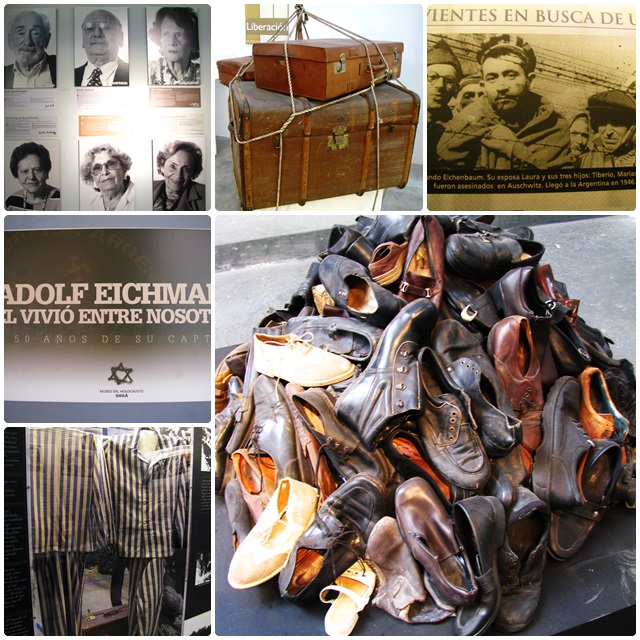 After this sombre yet educational experience I met Gabriel, a local expert who took me to the Recoleta Cemetery where he told me a few interesting stories about the graves and their histories. Recoleta Cemetery was listed by CNN as one of the 10 most beautiful cemeteries in the world and has about 4700 above-ground vaults, many of which are made of marble and decorated with intricately carved statues. Recoleta Cemetery is the last resting place of many famous and important Argentine personalities, first and foremost Maria Eva Duarte de Peron. “Evita” was the first lady and second wife of Juan Domingo Peron who passed away much too early at age 33 from cervical cancer. To this day, Evita is widely revered in Argentina, and her tomb is the most popular gravesite in Recoleta Cemetery. 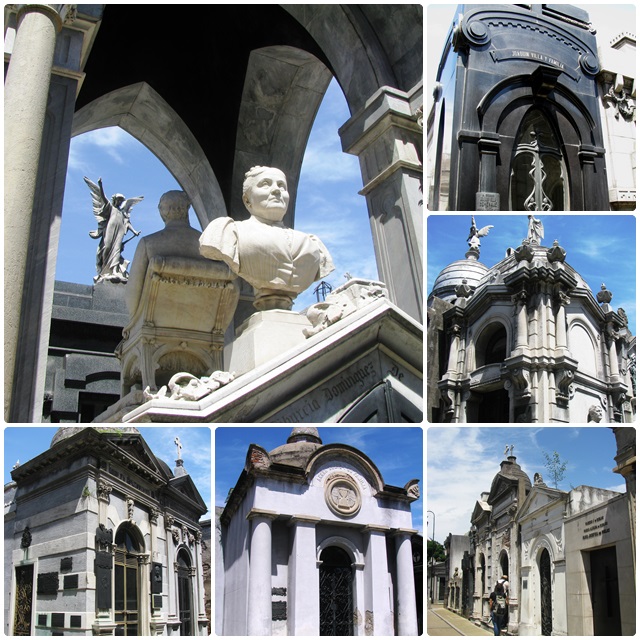 After our visit to the cemetery we strolled into nearby Palermo Chico (“Little Palermo”), one of the upscale neighbourhoods in Buenos Aires.  This is where many of the international ambassadors and local sports and television celebrities live. French-Argentine landscape architect Carlos Thays was in charge of designing this attractive neighbourhood which boasts wide streets that are shaded by trees. Palermo Chico is also the location of the renowned MALBA Museum of Latin American Art (Museo de Arte Latinoamericano de Buenos Aires) which is particularly enjoyable to visit during “La Noche de Museos”, when all museums throughout the city are free to visit. 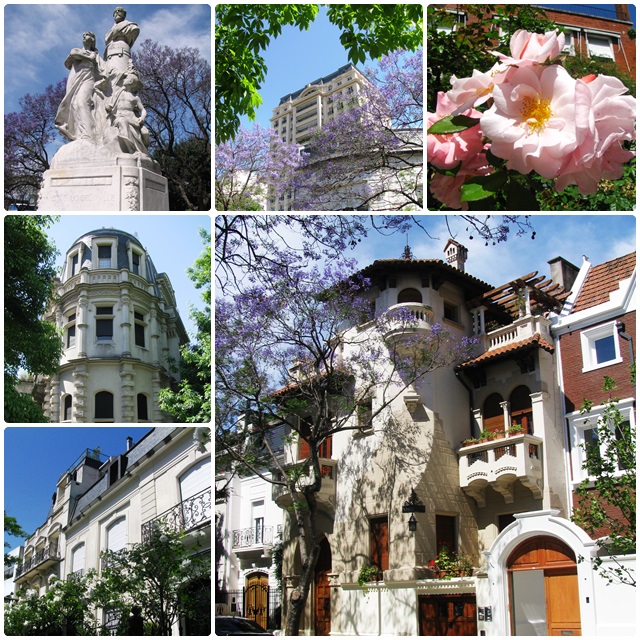 The last stop on my walking tour was the Buenos Aires Botanical Garden, an urban oasis of greenery and calm, also designed by French born architect and landscape designer Carlos Thays and opened in 1898. It is a national monument , covers almost 7 hectares (17 acres) and  holds 5,500 species of trees, shrubs and plants. There are three garden sections with distinctly different designs: a Roman garden with cypresses, laurels and poplars; a symmetrically designed French garden; and an Oriental garden with many Asian plans such as gingko and Eucalyptus trees. This garden also features European, African and North American trees, including sequoias from the United States.  An Art Nouveau green house  was brought here from France in the year 1900 and now holds 2500 tropical plants. Many sculptures adorn the entire botanical garden. 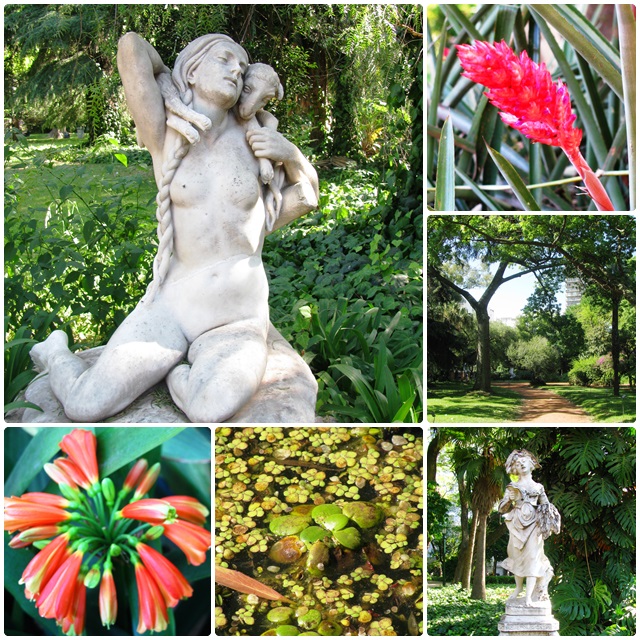 Carlos Thays lived in an English-design mansion right on the grounds of the botanical garden when he was working as the Director of Parks for Buenos Aires. Nowadays in the 1890s. This mansion is the visitor centre of the botanical garden today. Curiously, the Buenos Aires Botanical Garden is home to many cats, pets that have been abandoned by their owners. A group of volunteers provides food and medical care for these animals. The Buenos Aires Botanical Garden is definitely a calm and serene place to get away from the frenetic action on the city streets. 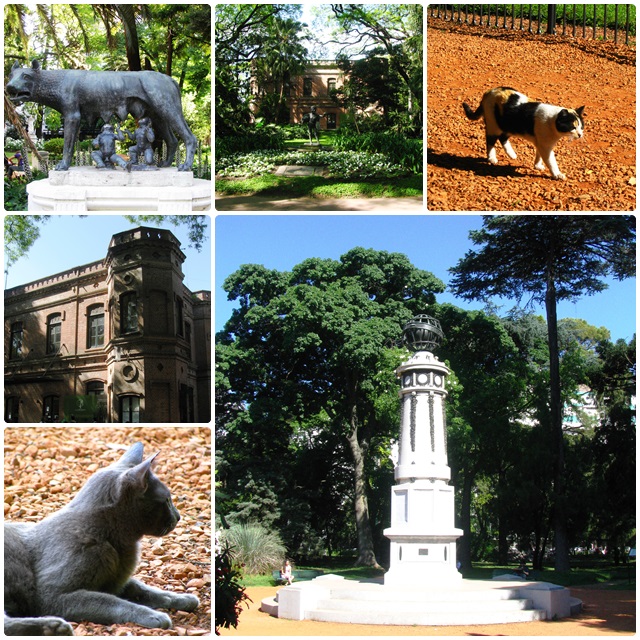 An oasis of greenery – the Botanical Garden of Buenos Aires

After a long day of sightseeing I jumped on the bus and exited farther north in Palermo and had a relaxing evening at my rental apartment. As I was downloading my photos I decided that I was going to do an out-of-town excursion the next day: a train trip to Tigre, a popular getaway town located about a hour north of the city in the Paraná Delta.