Buenos Aires Travel: Arrival in Palermo and a Visit to the Plaza de Mayo

For many years I had been dreaming about embarking on a Buenos Aires travel adventure. There is just something almost magical about the name “Buenos Aires”; the “City of the Fair Winds” has captured travellers’ imagination for many decades now. Given my love for the Spanish language and my interest in Spanish-speaking destinations, a trip to Buenos Aires was at the very top of my bucket list.

In November of 2011 I finally went ahead with my plans and booked a two and a half week trip to Argentina with a planned side trip to Uruguay. On November 3, 2011, my husband drove me to the airport in the early morning; my plane left at 9:30 am and touched down in Panama City where I was in for an 8 hour layover. Finally at 9:30 pm I continued on to Buenos Aires and enjoyed a really interesting chat with an Argentine couple that had just returned from a vacation in Cuba. The gentleman, an orthodontist, commented on how little people have in Cuba and added that in Argentina, people in the middle class have a very good standard of living. I enjoyed hearing his insights into life in Argentina. 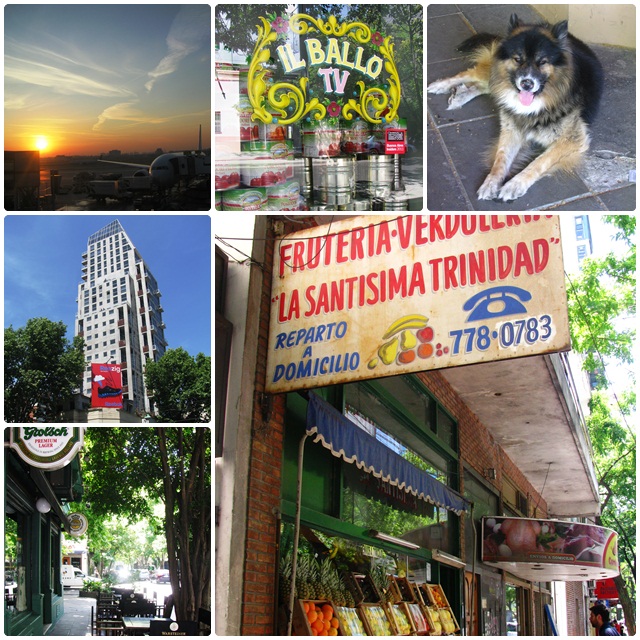 The Palermo neighbourhood in Buenos Aires

It was another long flight from Panama, and our plane finally landed at 6:35 am at Buenos Aires International Airport. I normally would have taken a bus from the airport to downtown, but the next bus was still 45 minutes away, so I sprang for a $40 taxi. We made our way through rush hour and the highways were definitely packed with frustrated morning commuters. Shortly before 9 am I arrived in Palermo, the upscale neighbourhood in the northern part of Buenos Aires where I had booked a private bedroom through Airbnb.com, a website that allows travellers to book rooms or apartments from local residents.

My hostess Alexia welcomed me and showed me her apartment. She and her daughter Antonia live in a nice three-bedroom apartment and one of these bedrooms would be my home over the next two weeks or so. She showed me the kitchen and my own private bathroom and then introduced me to Anita, her nanny. Staying in a private apartment is always great, because it allows you to save money by preparing your own food. Given my voracious hunger, I went across the street to a little Chinese grocery store and picked up some basics and fixed myself some scrambled eggs. By about 11 am I was ready to head out and get my first impressions of Buenos Aires.

My apartment was not far away from the Palermo subway station and I enjoyed my walk through the leafy neighbourhood that was full of bars and restaurants. I just had to make sure not to inadvertently step into one of the many holes in the very uneven sidewalk. At the subway station, I picked up a SUBTE public transit card right away and filled it with 30 pesos. This would get me around for a few days. The subway was quite full of people and I noticed that all the women were carefully clutching their purses in the front of their body. Subways are always great spots for pickpockets, so it pays to be careful. 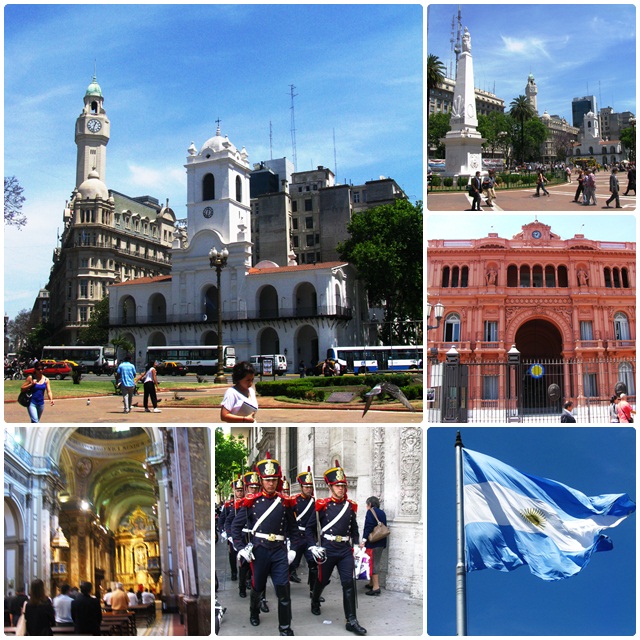 After exiting downtown at the Cathedral, I checked out the Plaza de Mayo, the famous main square of Buenos Aires. A square has been located here since 1580 and this has been the center of political power in Argentina since the Spanish conquest. The Casa Rosada, Argentina’s presidential palace, anchors the eastern side of the square, and the Buenos Aires City Hall is located in the northwest corner, right across from the Metropolitan Cathedral of Buenos Aires, the city’s largest church which was consecrated in 1836. The western side of the Plaza de Mayo is dominated by the Cabildo de Buenos Aires, a colonial-era building that was the original seat of the mayor and the Viceroy of the Rio de la Plata region during Spanish times. Today, it holds the National Museum of the Cabildo which showcases paintings and artifacts of the 18th century.

During my walk west of the Plaza de Mayo, I saw a stand with rental bicycles but when I inquired I found out that these bikes were part of a local bike sharing program that is only available to residents of Buenos Aires. Tourists cannot get access to these bicycles. I thought to myself, what a shame and a real missed opportunity to give tourists a great up-close and personal view of the city. Since the bicycle option was out, I decided that I was going to go on a tour in a hop-on / hop-off double-decker sightseeing bus, one of my favourite ways of getting a quick overview of a new city.

Image Gallery of Palermo and the Plaza de Mayo: