Following a nice day-time visit to Tigre, I took the “tren de la costa” (the coastal train) all the way back to its last stop, the Retiro Train Station. Designed by a British architect, this French-style station opened in 1915 and is still one of Argentina’s busiest railway hubs. As our train entered the train station I caught a glimpse of one of the slum areas of Buenos Aires, Villa 31, a shanty town full of destitute locals and illegal immigrants from Peru, Paraguay and Bolivia. Buenos Aires is a stunning and wealthy city in many ways, but it also has numerous urban slum areas that house hundreds of thousands of residents. Some sources estimate that there are as many as half a million families who live in such “villas miseria” (slum areas) that are often located next to train tracks or underneath highway overpasses.

The Retiro train station is a beautiful Beaux-Arts building that was originally built in Liverpool and then re-assembled in Argentina. Today, Retiro Station is a hub for commuter rail services as well as long-distance trains to far-away cities such as Cordoba and Rosario. Given the large masses of people that move through it and the presence of pickpockets it’s definitely advisable to clutch all your belongings in front of your belly. 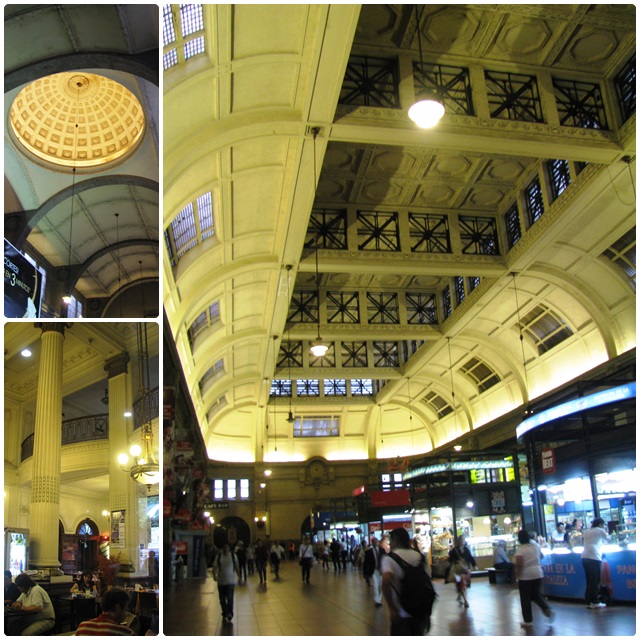 The Retiro railway station is located right next to the Plaza Canada and the Torre de los Ingleses (the “English people’s tower”), a gift from the British for the centennial celebrations of Argentina’s independence in 1910. Then I crossed the Plaza San Martin, bracing 8 lanes of crazy traffic and walked past the iconic Edificio Cavanagh, an iconic Art Deco skyscraper that was completed in 1936.  On the southeast corner of Plaza San Martin I turned on to Calle Florida, the most well-known pedestrian shopping street in Buenos Aires. 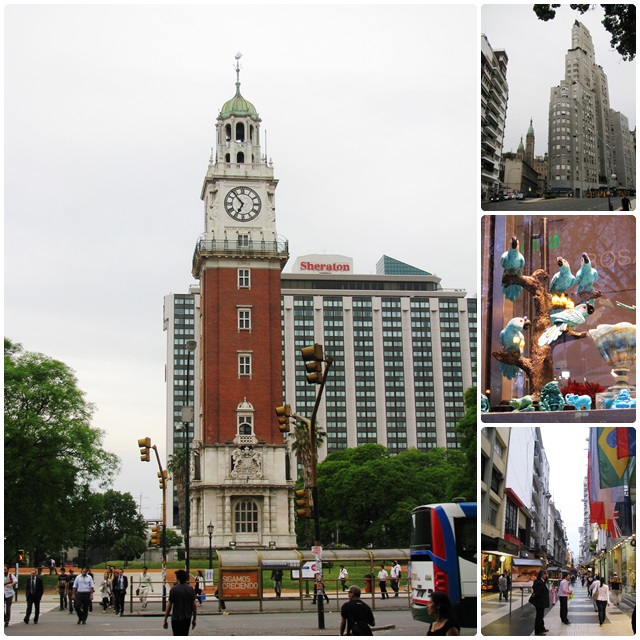 Calle Florida is Buenos Aires’ main downtown shopping street. It is blocked to car traffic and becomes packed with people in the evening. Various tango dancers were wooing the audience in an effort to earn tips, and tons of street vendors had set up their wares in the middle of the street. With its many street performers, restaurants, shops and lively atmosphere, Calle Florida is one of the most popular tourist destinations in Buenos Aires . 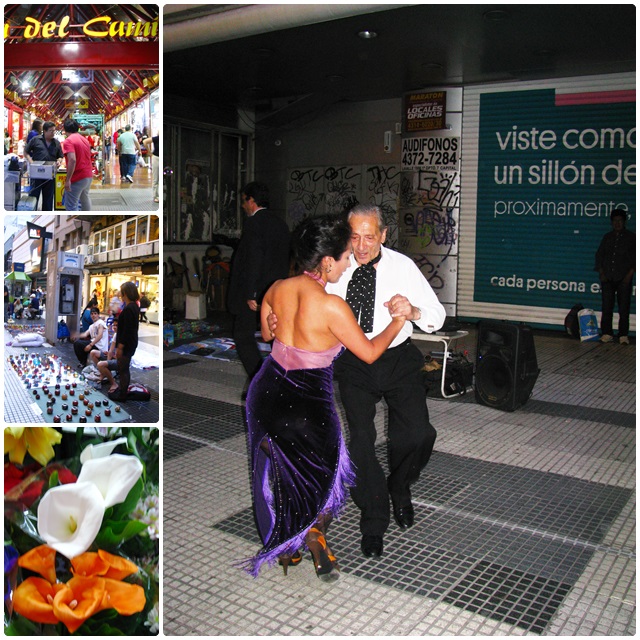 At the intersection of Calle Florida and Avenida Cordoba I also visited Galerias Pacifico, a Beaux Arts shopping centre dating from 1889.  After serving as a shop called the “Argentine Bon Marché”, this building became the first home of the Fine Arts Museum of Buenos Aires. A magnificent cupola was added in 1946 and was decorated by five painters with some of the most important frescoes in the city. A more sinister chapter in the history of this magnificent building unfolded between 1976 and 1983 when the basement was used as a torture centre by the military junta that ruled Argentina at the time. The building was abandoned for a number of years before it was reincarnated as a shopping mall in 1991. Today it houses many high-end stores, including Christian Dior, Lacoste and Polo Ralph Lauren, and is a fitting addition to the Calle Florida shopping district. Galerias Pacifico was all decked out with a huge Christmas tree and festive decorations and was a fitting end to a long day of sightseeing. 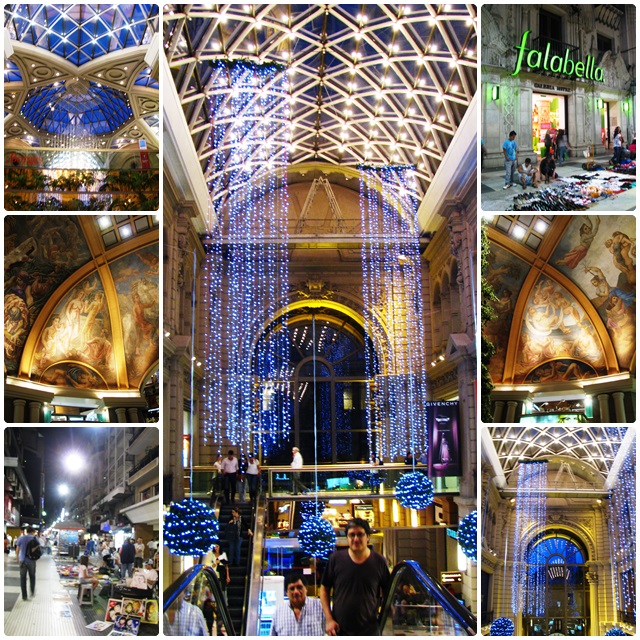 Now that I had seen Tigre and explored Calle Florida, I was ready for more discoveries in Buenos Aires which would include a visit to the Belgrano and San Telmo neighbourhoods and a tour of the splendid Teatro Colon.