Discoveries in the Bernese Highlands: A Visit to Meiringen and Thun

Following my visit to the Ballenberg Open Air Museum on May 12, 2013, I drove to the small village of Meiringen, the location of the fictional death of Sherlock Holmes after his fight with Dr. Moriarty at the Reichenbach Falls (I love Sherlock Holmes….). The town even has a small Sherlock Homes Museum and a sculpture of the famous English sleuth in front of the English Church. 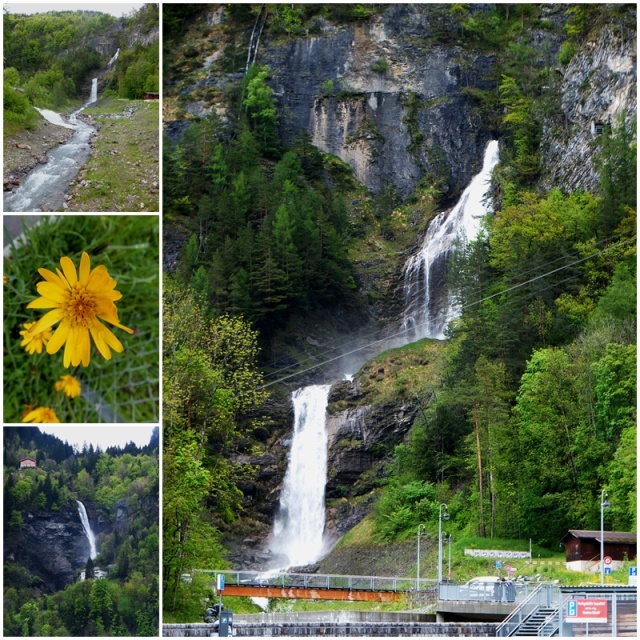 From Meiringen I drove in my small car along the shorelines of Lake Brienz, past Interlaken and along scenic Lake Thun to the medieval town of Thun, an important regional centre of about 43,000 people. I parked just below the town’s castle and walked up the Schlossberg (castle hill). First I visited the Stadkirche Thun, the main church of town whose tower dates from about 1330. The view from the churchyard over the city is amazing. 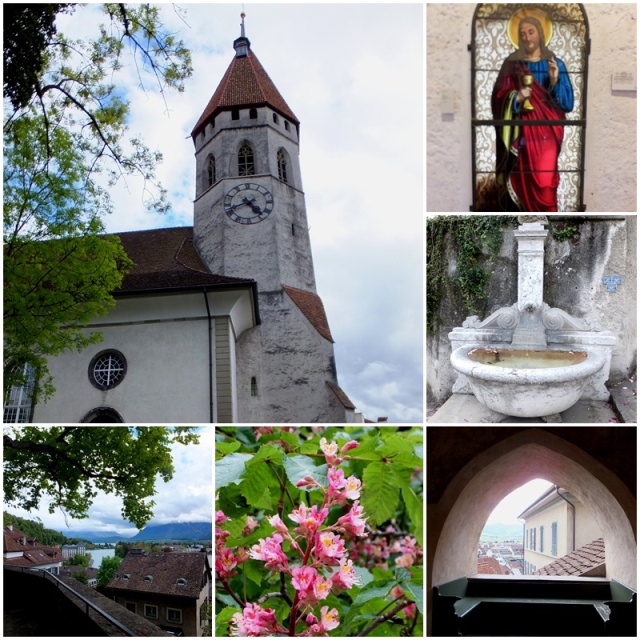 The views from the Stadtkirche Thun are amazing

Steps away from the Stadtkirche is the Castle of Thun which is currently under renovation. This defensive castle was built between 1180 and 1190 and was expanded in the 1400s. Today the castle is a national heritage site and a museum is located on five levels inside the tower, illustrating the history of this region over the last 4000 years. 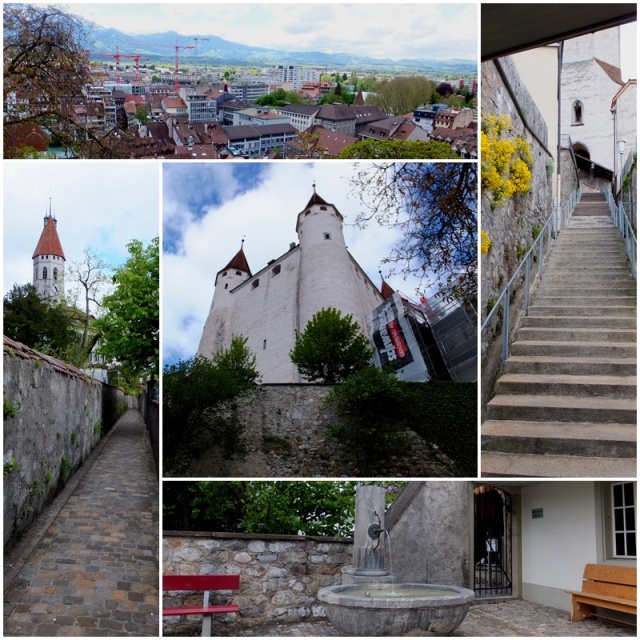 The medieval Castle of Thun

From the castle I hiked down to the historic centre of the town which is located along the Aare River. The Baelliz Street / Obere Hauptgasse is the city’s main shopping street, from where you cross over onto an island inside the river that has many restaurants and outdoor cafes. Many of the locals were sitting outside, enjoying the sun which had finally come out. 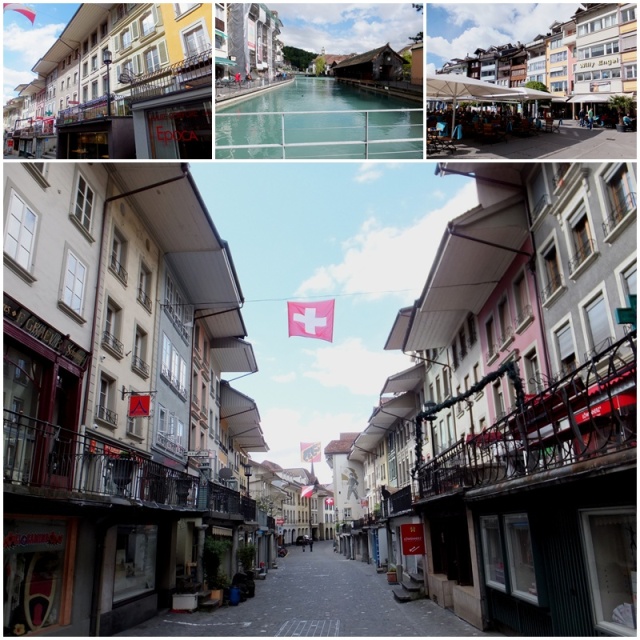 I continued my walk along the Aare River and admired some of the historic hotels that are located on both sides of the Aare River, such as the historic Freienhof Swiss Quality Hotel, the Hotel Seepark, the Krone Hotel Restaurant and many more. The Kunstmuseum Thun (Art Museum of Thun) also has a prominent location on the Aare River. 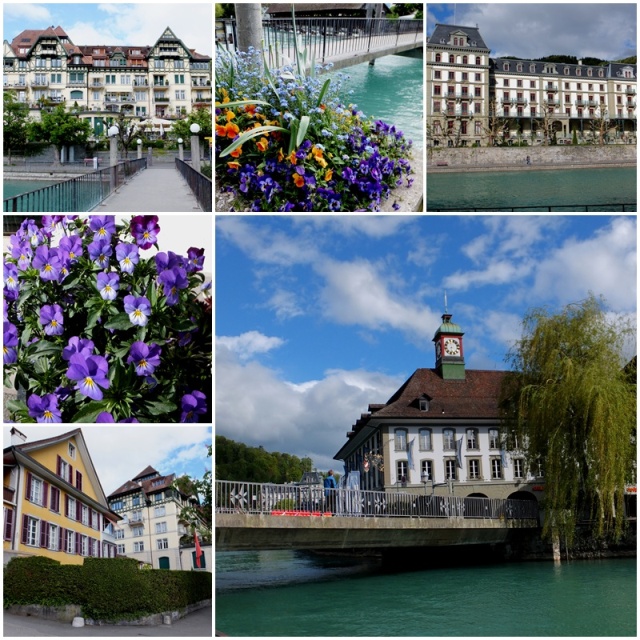 Views along the River Aare

After crossing a wooden bridge called the “Obere Schleuse” (upper lock), I walked along a picturesque peninsula that protrudes into the Aare River, shortly before it flows into Lake Thun. This picturesque stretch of land is the location of several stately mansions. On the other side of the peninsula is the boat harbor of Thun where various sightseeing boats were docked. Not far away is the central railway station of the city. 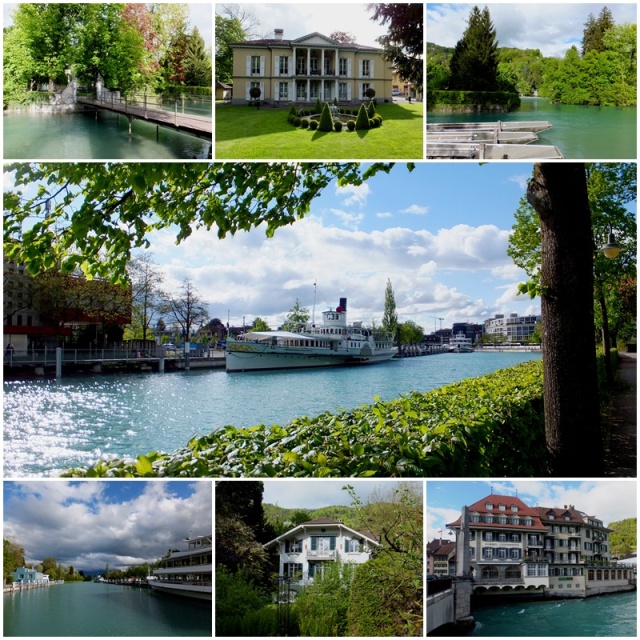 The harbour of Thun

On my way back to my car, I checked out the old historic centre of Thun once again, which offers plenty of local shopping opportunities, various restaurants and boutiques. As the largest city in the Bernese Highlands, Thun has long been a tourism destination; steam ships started cruising the lake already way back in 1835. 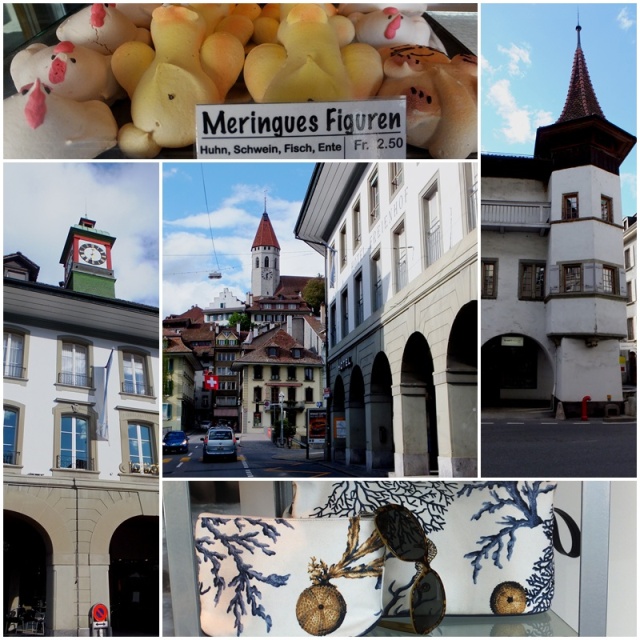 Lots of shopping opportunities in Thun