Salzkammergut Discoveries: Hallstatt in the Rain, a Hike by the Toplitzsee Lake and Lunch in Bad Aussee

On May 7, 2013, we started our drive back south from the Upper Austrian Salzkammergut region to Styria. It started out as a rainy and dreary day when we stopped in Hallstatt, one of Austria’s most famous and iconic towns. Hallstatt, located on the lake of the same name, is an ancient town, and has been settled since the Iron Age (around 800 to 475 BC). During the medieval ages, Hallstatt became an important salt mining and trading town. Today, it is a designated UNESCO World Heritage Site. 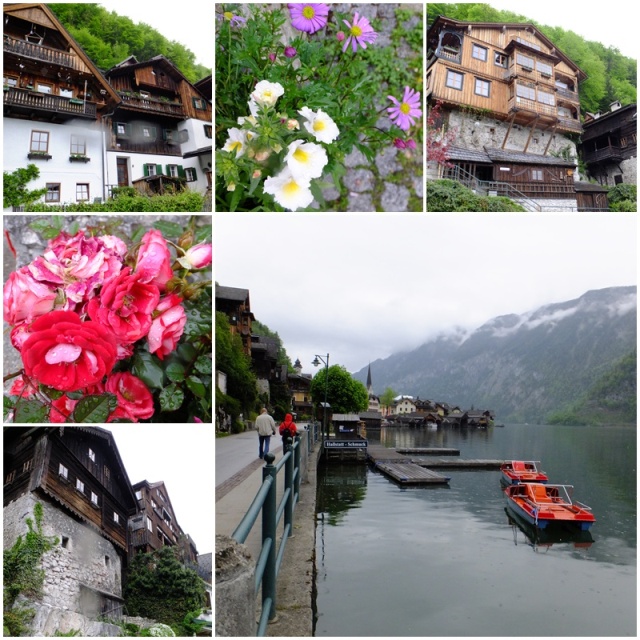 Arriving in Hallstatt in the rain

During our walk in the rain we stopped on the main square of Hallstatt. This unique town has been completely reconstructed in the Chinese town of Huizhou as a full-scale replica and was opened in June of 2012. Today, less than 1000 people live in the Austrian Hallstatt, still residing in houses that are patched against the steep mountainsides. 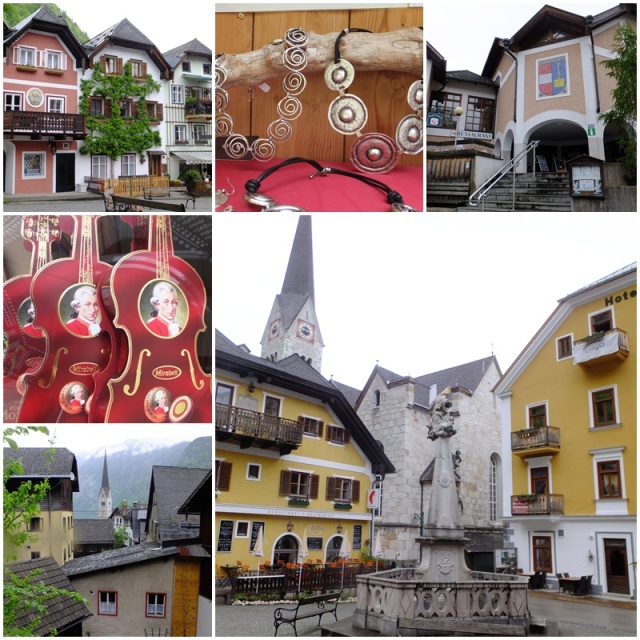 Hallstatt, one of Austria’s most iconic Alpine villages

We also visited the late Gothic parish church of Hallstatt and the waterfront where a boat picks up passengers and drops them off at the other side of Lake Hallstatt where the train station is located. 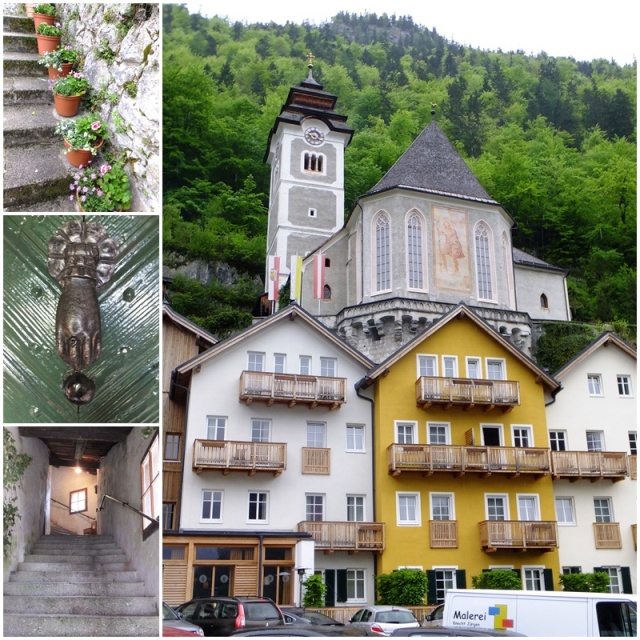 Right in the heart of Hallstatt

Some steps up the mountain we visited a second smaller church that is surrounded by a cemetery. The view from this church over the village and the lake is amazing. This church, Maria on the Mountain, was completed in 1505 although the tower is almost 200 years older. The main attraction next to this church is the “Karner” (bone repository or ossuary) where the owners’ skulls have been inscribed with their names and birthdays as well as professions. The town’s cemetery was simply too small to hold all the bones of its residents, so they had to be dug up and stored in this macabre facility. 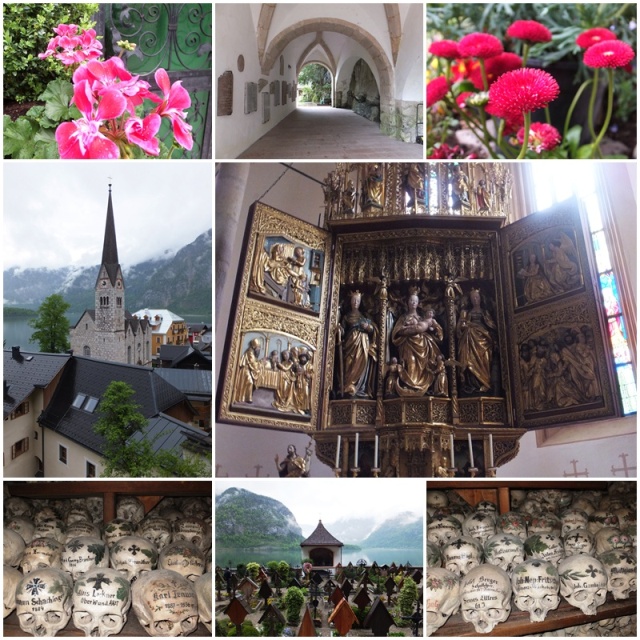 The Ossuary of Hallstatt, one of the more macabre destinations

Then we continued from the Upper Austrian part of the Salzkammergut to the Styrian section where drove along the Grundlsee Lake, also a popular vacation region. We stopped in the tiny hamlet of Gössl from where we began hiking towards another lake. The Austrian Salzkammergut region spreads across three provinces: Upper Austria, Styria and Salzburg. The Styrian portion, where we were located now, is definitely one of the quieter corners of this gorgeous lake district. 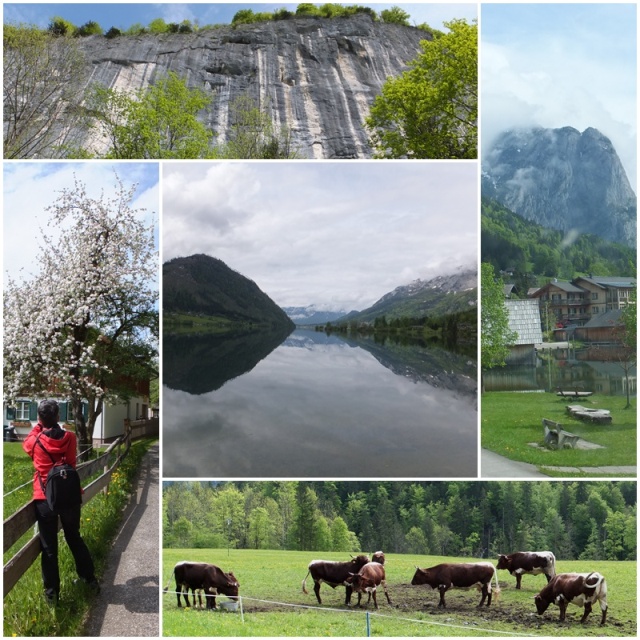 The viilage of Gössl and Lake Grundlsee

After hiking for about a halfhour, we arrived at the Toplitzsee, a rather well-hidden mountain lake that does not have any villages along its shorelines. Only the “Fischerhütte” (“fishermen’s hut”, a rustic restaurant) is located along its shoreline. The lake is fed by two waterfalls and an underground river and it is said that a Nazi treasure is hidden inside this remote lake. Many expeditions have already searched for these riches, but only boxes of counterfeit British pounds and WWII weapons relicts have been found so far. 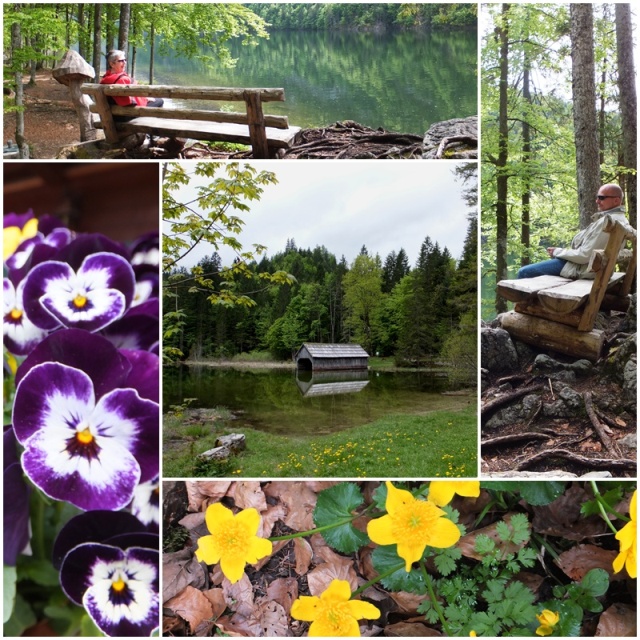 Our final stop during our May 7 drive was in the Styrian town of Bad Aussee. Also a spa town, this is the main town of the Auseerland region and has been designated the Alpine Town of the Year in 2010. This was a perfect place to stop for lunch on our way back to Eastern Styria. 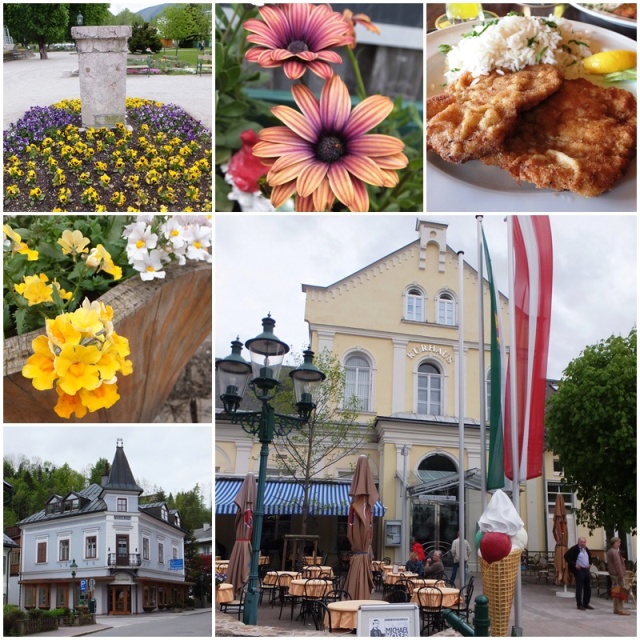