After my visit to Montmartre on April 21, 2012, I walked along the Boulevard de Clichy whose most famous landmark is the Moulin Rouge, the “red windmill”, one of the most famous attractions of Paris. This cabaret was founded in 1889 by two entrepreneurs who already owned a music hall called L’Olympia. The Moulin Rouge was initially used for balls, but it is more well-known as the birthplace of the can-can dance, featuring a chorus line of female dancers in long skirts and black stockings, kicking their legs up high. The advertising posters of Henri de Toulouse Lautrec made the cabaret and some of its dancers famous around the world.

Just a bit further is Place Pigalle, center of Paris’ adult entertainment district. This raunchy neighbourhood houses many sex shops as well as the Museum of Eroticism. Many legendary artists had their studios in the Pigalle area, first and foremost Henri  deToulouse-Lautrec. His Post-Impressionist paintings, prints and illustrations portrayed many protagonists of Paris’s era of decadence in the late 1800s. Vincent van Gogh and Pablo Picasso also lived in the Quarter Pigalle for some time. Various topless and nude shows can be found here and attract tourists hungry for some of the more titillating entertainment options in Paris. 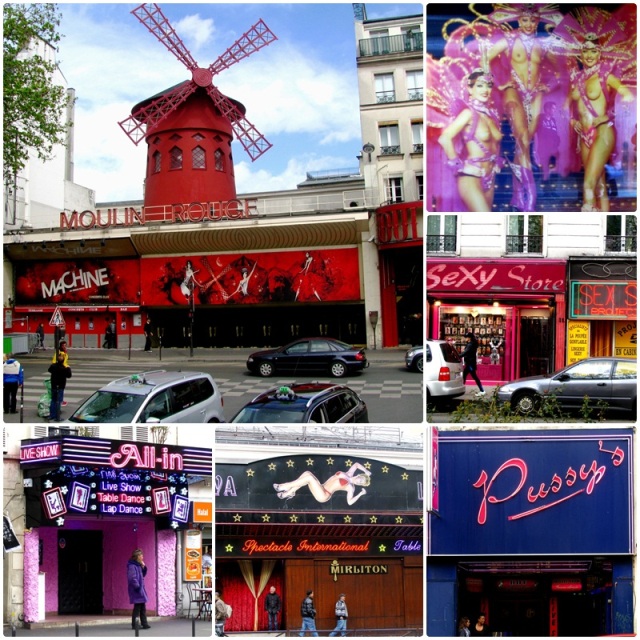 Place Pigalle and the Moulin Rouge

Then I turned onto the Boulevard de Magenta, a wide boulevard full of inexpensive clothing shops as well as bridal stores selling wedding dresses and suits that were on sale from 30 Euros and up. This busy street took me to the Gare du Nord, one of six large terminus railway stations in Paris. Originally opened in 1846, the current station building was constructed between 1861 and 1866, and it was expanded several times later. Today, the Gare du Nord is Europe’s busiest railway station, servicing about 190 million passengers a year. The high-speed Eurostar to London leaves from here as well as the Thalys to Brussels. Various TGV lines go to different parts of France and there are also regional trains leaving from here. 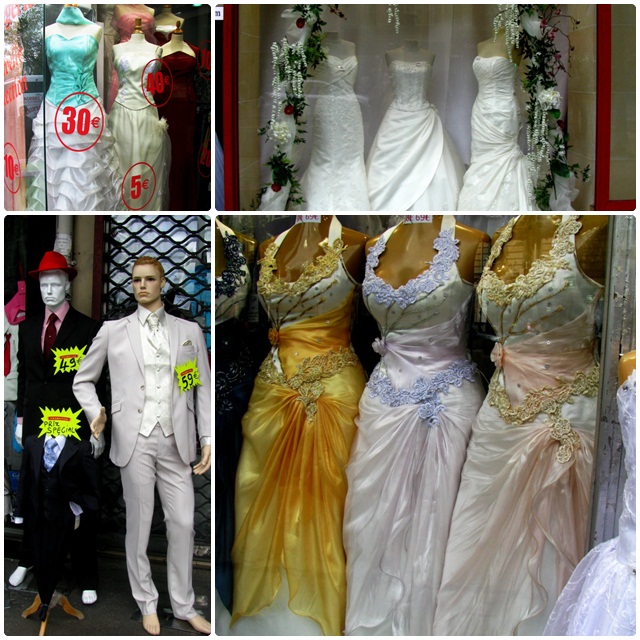 The Gare du Nord has a magnificent façade that is adorned by eight large sculptures representing major European destinations such as Brussels, Amsterdam, London, Vienna, Berlin, Warsaw, Cologne and Frankfurt. France is represented in the middle and 14 smaller sculptures symbolize different destinations throughout France. Given its iconic stature, this train station has been featured in many movies, including the Bourne Identity, the Bourne Ultimatum, Ocean’s Twelve and Mr. Bean’s Holiday. 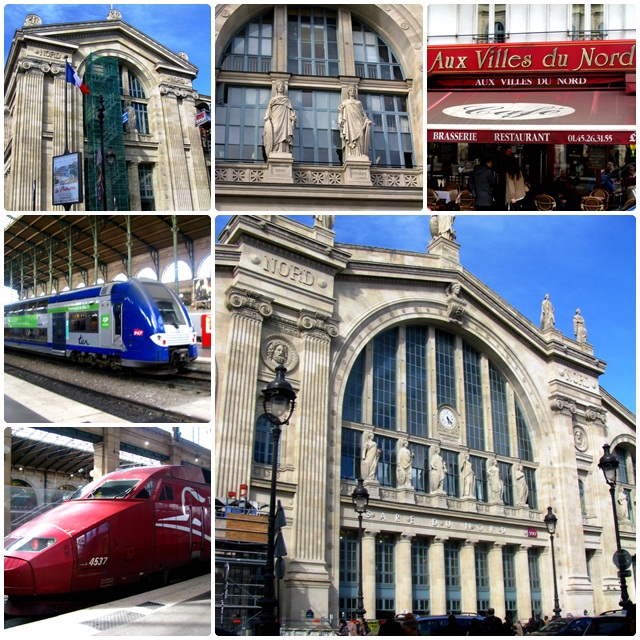 Another one of the attractions of Paris is the Gare de l’Est which is located within a few minutes walking from the Gare du Nord. As Paris’s fifth most important train station, it handles 34 million passengers a year. The Gare de l’Est train station was opened in 1849 and was enlarged several times between the 1880s and 1930s. It was the location of the departure of the first Orient Express to Constantinople in 1883. Many World War I soldiers started their trip to the frontlines from the Gare de l’Est and a monumental painting by Albert Herter from 1926 commemorates these historic events. 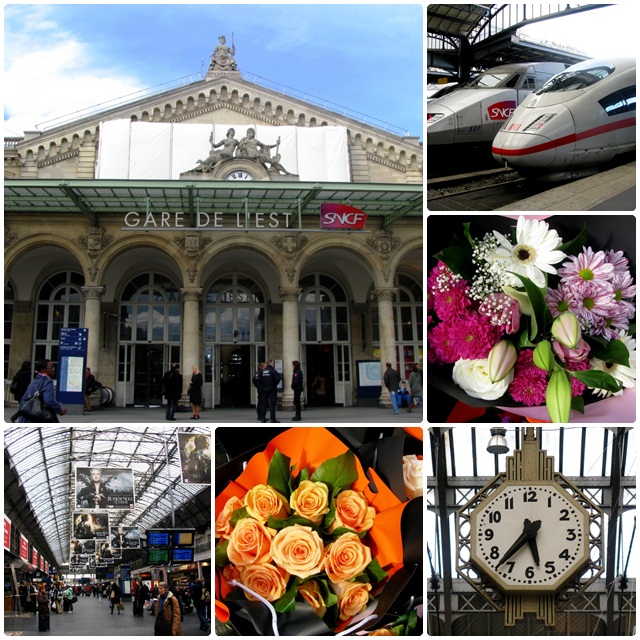 Today, the train station handles international trains with destinations in Luxemburg, Southern Germany and Austria as well as destinations in Eastern France. Train stations, particularly historic train station such as these, are always fascinating places to visit, and the atmosphere is always infused with the anticipation of impending travel.

As people were rushing in and out of the train station, I made my way into the subway to get to my next planned activity: an evening bicycle tour featuring many more famous attractions of Paris, followed by a cruise in a bateau mouche on the Seine River.