After my adventures in the Parc des Buttes Chaumont, one of Paris’ most beautiful urban parks, I hopped on the Metro again and exited on the Ile de la Cité, the oldest area of Paris which has been inhabited for more than 2000 years. My destination was the famous Notre Dame de Paris, the world’s most famous Gothic cathedral and a stunning example of medieval craftsmanship. Started in 1163, this astounding Roman Catholic cathedral was finally finished in 1345. From an architectural point of view, it was one of the first buildings ever to use flying buttresses, the arched exterior supports that allow Gothic cathedrals to soar to incredible heights. 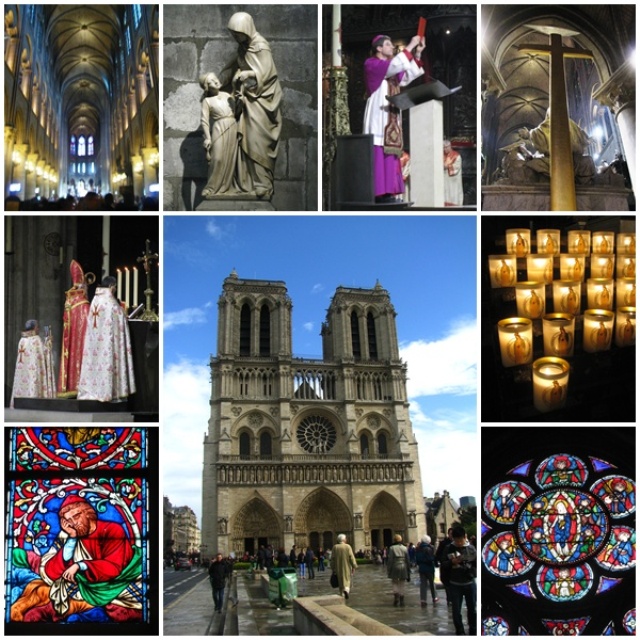 Over the centuries, Notre Dame Cathedral has gone through many trials and tribulations, it was vandalized in the 1500s, underwent major reconstruction during the rule of Louis XIV and Louis XV and during the French Revolution, it ceased being a church and was dedicated to the Cult of Reason. At some point it was even used as a food storage warehouse. During the early 1800s, Notre Dame Cathedral was in bad shape until the novel “The Hunchback of Notre Dame” by Victor Hugo (published 1831) stirred interest in the building which fortunately led to major restorations that were completed in the 1860s. Today, Notre Dame Cathedral is a proud icon of Paris.

When I visited, mass was being celebrated, and huge crowds were waiting to ascend the tower, despite the drizzle. Finally, the clouds broke out into a heavy downpour, and the accompanying wind gusts destroyed my umbrella. Surrounding Notre Dame Cathedral is a large number of souvenir shops and restaurants, and I had a look at some of the appetizing French sandwiches that were on display. 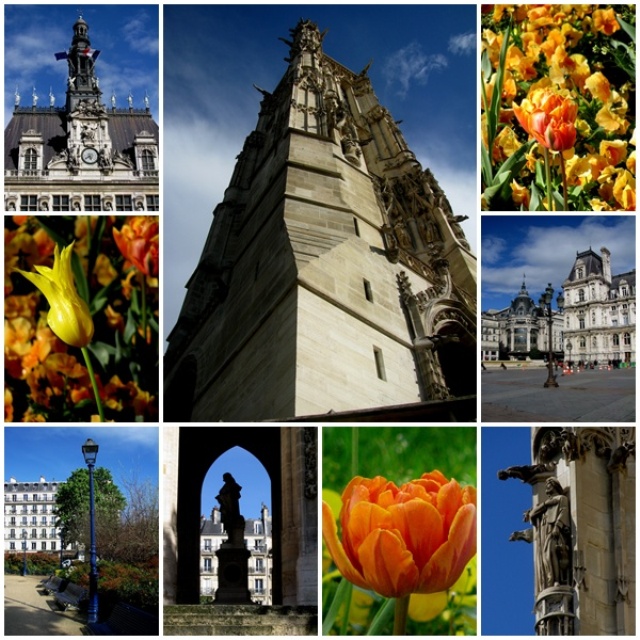 After my visit of Notre Dame and the Ile de la Cité I crossed the bridge across the Seine and ended up in the Les Halles area of Paris. The sun was shining again and I stopped off at the Tour St-Jacques, a late Gothic tower built in 1523 that is the only remains of an ancient pilgrimage church. It is surrounded by a gorgeous little park with a playground and benches. People were just sitting down in the sun after the rain had stopped.

I continued my walk eastwards along the famous Rue de Rivoli to the Hôtel de Ville, the city hall of Paris. This stunning building is a reconstruction of an earlier building that was destroyed by fire in 1871. Its highly ornate stonework façade is a masterpiece of Renaissance Revival design. Many famous sculptors worked on the Hotel de la Cité, and the most famous of them was Auguste Rodin.  This building and the public space in front of it have witness many important historic events: to mention just one, the Liberation of Paris was proclaimed by Charles de Gaulle on the square in front of City Hall in August of 1944. 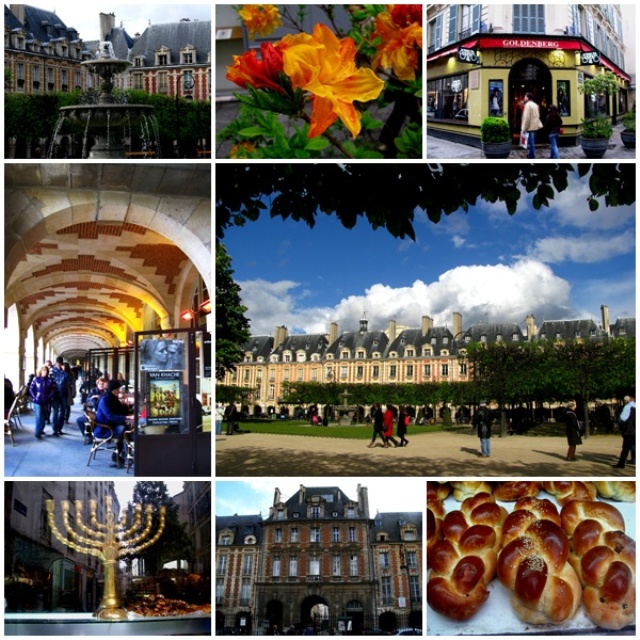 The Place de Vosges & the Marais – a cool area of Paris

My final stop on my April 22, 2012 sightseeing tour of Paris was an area called “le Marais”, which literally means “the marsh”. In the 17th century this was a royal residence, but the area began to decay after the aristocracy was pushed out after the French Revolution.

One of the big attractions in the Marais is the Place des Vosges, the oldest planned square in Paris which is renowned for its perfectly symmetrical and identical facades on all four sides of this 140 x 140 metre large square. The Place des Vosges (originally called Place Royal) was completed in 1612 and its opening was celebrated with a wedding between Louis XIII and Anne of Austria.

Shoppers will love the Marais as well: many of the streets in this neighbourhood house cool boutiques and eateries that attract locals and tourists from far and wide.  Art galleries, nightclubs and gay cafés add to the entertainment value of the area. The Marais is a really cool area to visit.