Paris Attractions: A Sightseeing Tour of all the Major Paris Sights

The famous Paris attractions are what make the French capital the number one tourist destination in the world. I had been in Paris twice, 20 years ago for a week, and one more time on in 2004 a 6-hour layover during a flight to Spain. And even during that brief layover my husband and I had a chance to hop on the bus and take a quick trip down to the Champs-Elysées. It was definitely time to have a look at the City of Lights again and this time I came equipped with a list of places I wanted to see.

May 20, 2012 was my first day in Paris. After landing at Charles de Gaulle airport I took the Roissybus to the Opera and then a subway to my accommodation in the east end of Paris. I had booked a room with Airbnb.com and by about 1 pm I had met my hostess Clementine who turned out to be very friendly and helpful. She had a small one-bedroom apartment and generously gave me the bedroom while she slept in a corner in the living room. As a graduate student in epidemiology, the daily rental income made her a life easier, and the $60 a night fee sure made my stay in Paris affordable. It was great to have a local expert to talk to. 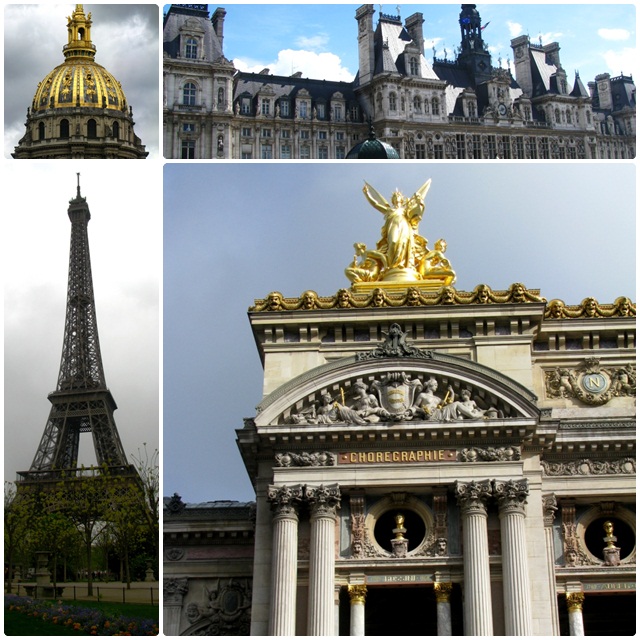 After getting myself organized, I hopped on the subway again (or “Metro” as the Parisians call it) and went back into the city to take a Paris sightseeing tour. One of the first things I usually do in a new city is to take a bus tour to get a lay of the land. So I exited the Metro at the Bastille where I knew the bus companies were departing from. I boarded a bright yellow double-decker bus called L’Open Tour which offers three different routes, all covering different Paris attractions. For 34 Euros I purchased a 48 hour sightseeing ticket that would allow me unlimited hop-on/hop-off privileges for two days.

On my first day I hopped on the blue Line called Bastille-Bercy , admired the Gare de Lyon and the Gare d’Austerlitz  from afar, and the Parc de Bercy, until we made our way back west where I exited at Notre Dame and changed to another line that took me to the Eiffel Tower. I hopped off to get an up-close look at Paris’s most famous landmark, only to get caught in a downpour. I got totally drenched and got back on a municipal bus (I had purchased lots of public transport tokens) and went back to my cozy apartment to warm up and catch a rest after a long day of travel. 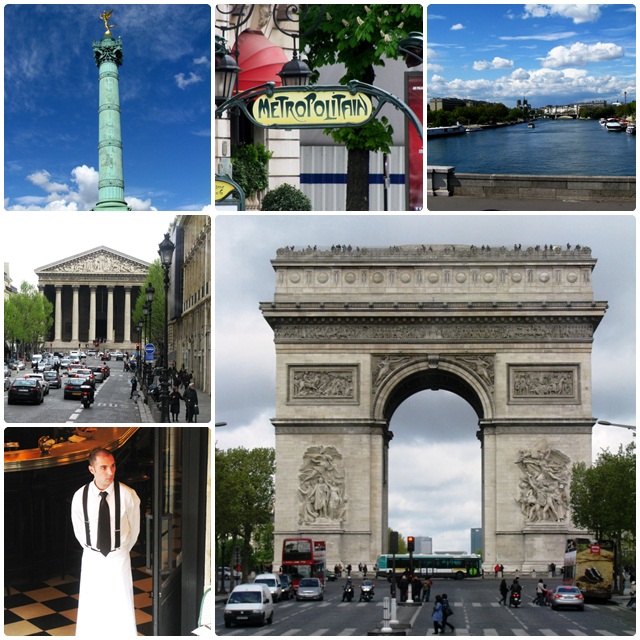 The weather the next day was much better and I was ready take advantage of my second day of sightseeing in Paris. After my hostess had fixed me a nice breakfast and talked with me about life in Paris,  I went by subway to Opera and took the “Paris Grand Tour” which covers all the most well known Paris attractions. We went from the Opera to the Louvre, past Notre Dame, the Musée d’Orsay to the Place de la Concorde. From here we continued along the magnificent Champs-Elysées to the Eiffel Tower which is simply the world’s most glorious roundabout. Then, past Trocadero Square, we crossed the Seine again and reached the Eiffel Tower. We continued on past the Hotel des Invalides, crossed the river  again, made our way past the busy Place de la Concorde and the magnificent Greek-revival Madeleine Church back to the Opera where I exited and enjoyed a reasonably affordable lunch (a café latte and a French onion soup for 12 Euros) at the Opera Café. Anyone travelling to Paris needs to be forewarned: the city is expensive! Some of the best deals I found were crepes for 2 Euros from street vendors, or some of the many sandwich stands that sell delicious baguette sandwiches for around 3 to 4 Euros.

Strengthened by a good lunch I was ready to check out one of the most popular Paris attractions: Montmartre…

2 Responses to Paris Attractions: A Sightseeing Tour of all the Major Paris Sights