In the morning of May 5, 2013, my brother, sister-in-law and I departed early from Styria for a two-day excursion to the Salzkammergut Region, the famous Austrian lake district where the classic movie “Sound of Music” was filmed. This is truly one of the most scenic places in the world; everywhere you turn looks like a postcard. The amount of scenic beauty in this small region is simply amazing.

Around 11 am we arrived at our abode for the next 2 days: an apartment called “Alpenwiesen” (Alpine Meadows), owned by Ken and Karen Faulkner. This spacious and well-equipped apartment has three bedrooms and is located on the outskirts of Bad Ischl, a historic spa town in the Salzkammergut region. Ken and Karen relocated here from England and they absolutely love it in Austria and truly enjoy hosting guests. We found this to be a very convenient location and had a great time staying at their apartment. 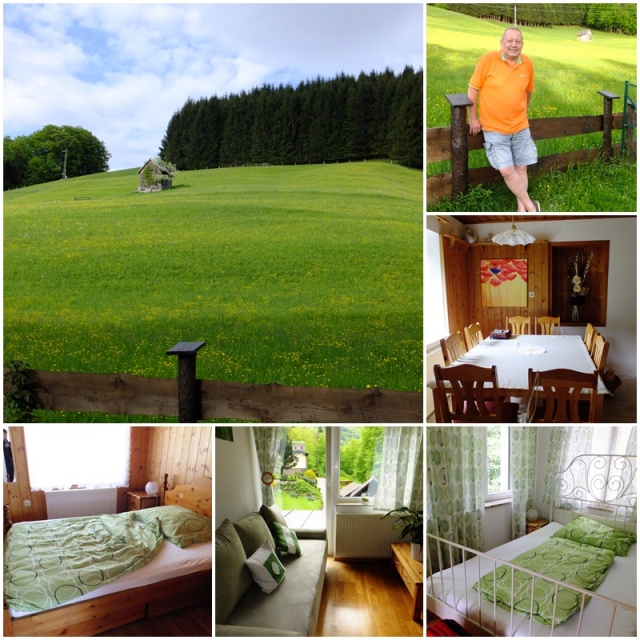 The first stop on our explorations of the Salzkammergut was the town of Gmunden, located at the northern end of lake Traunsee. During the Austro-Hungarian Empire, this pretty town was a renowned spa town, and many of the villas and mansion bear testimony to the high ranking visitors that used to frequent this summer resort town. Gmunden has a castle, Schloss Ort, that is located on a tiny island on the west side of the lake.

The town of Gmunden is very old and was officially declared a town in 1278 AD. It has an attractive city hall and several very large and stately hotels that all provide a great view over the Traunsee.  Locals and tourists alike were sitting in many of the patio restaurants and enjoying their lunch or a coffee from this lakeside location. 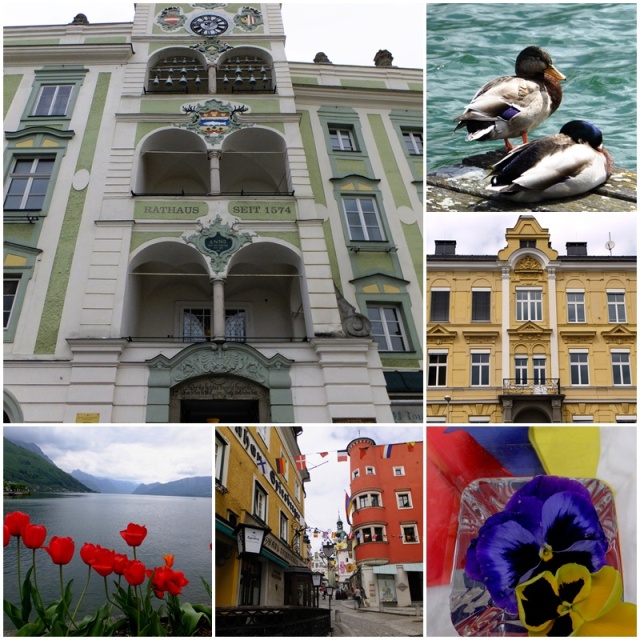 Downtown Gmunden has a lovely waterfront

We strolled up into the town from the waterfront and visited the parish church of Gmunden which was first recorded in 1270 when Gmunden became a wealthy market town in the salt trade. The church was built in the Gothic style and still features frescoes from that era. During the Baroque era, substantial changes were made, and the distinctive onion dome was added to the tower. A famous Baroque Altar depicting the three kings is the most important masterpiece in the parish church of Gmunden. 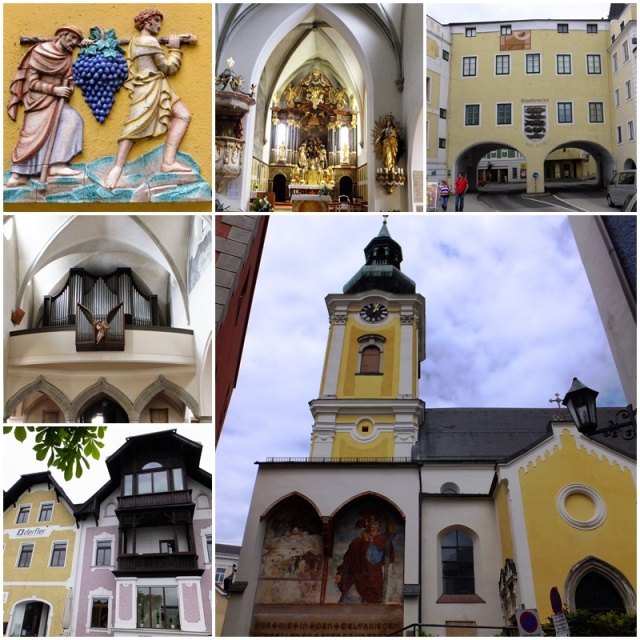 The historic parish church of Gmunden

In the afternoon we continued our discoveries of the Salzkammergut region with a visit to “Seeschloss Ort” in Gmunden, a Gothic-era castle that is located on a small island inside the Traunsee lake. The castle was first mentioned in 909 AD and extensively modified in the 12th and 13th centuries. It was owned by various aristocratic rulers until it was acquired by Archduke John Salvator of Austria in 1876 who later renounced his connections to the Habsburg imperial court. The castle was later acquired by Emperor Francis Joseph I of Austria, so it has lots of aristocratic connections. Today, the castle is owned by the city of Gmunden and has been extensively restored. 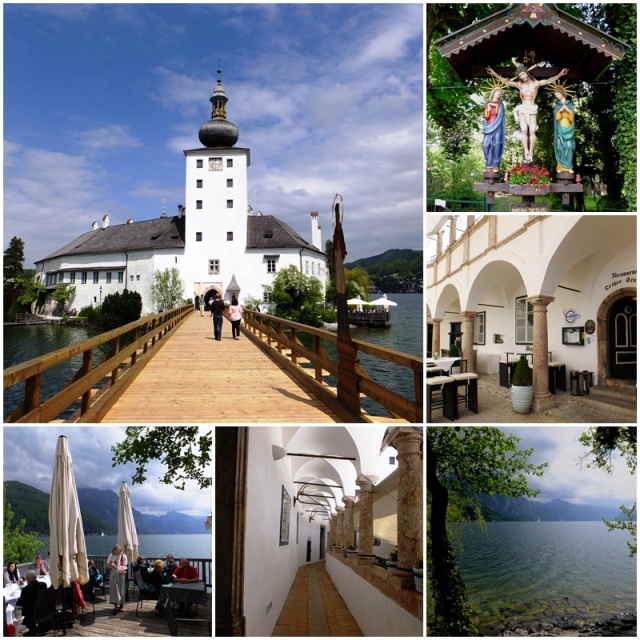 Gorgeous Seeschloss Ort, a castle inside the lake

Seeschloss Ort today has a restaurant and is frequently used as a special events venue for meetings and weddings. The late Gothic interior courtyard and the various state rooms provide a great setting for special occasions. The castle was also the location of a popular television show in the 1990s and early 2000s.

In the afternoon we continued on towards the south side of the Traunsee lake, to the picturesque and historic town of Traunkirchen. 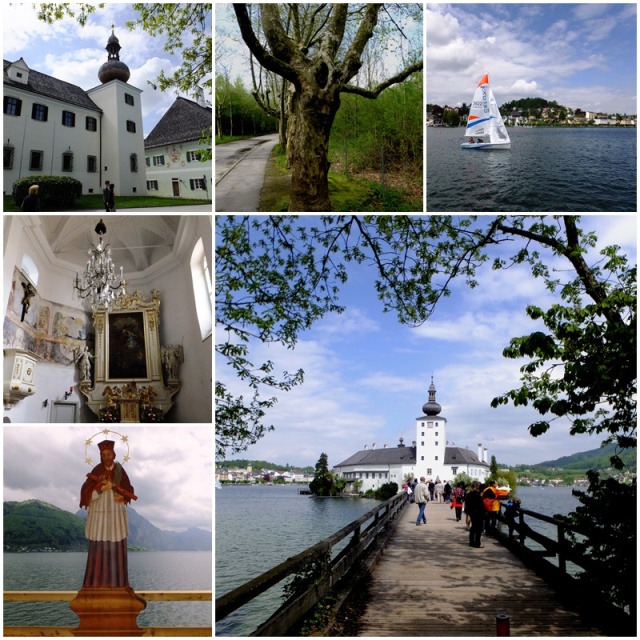