April 22, 2012 was another day with very predictably unpredictable weather. One hour it was sunny, then it rained for an hour, then it got sunny again, and that’s how it went the whole day. For my first destination, I decided to visit the Parc des Buttes Chaumont, one of the most popular recreational areas of Parisians.

The park actually has a rather fascinating history: its name is derived from the phrase “chauve mont” which translates as bare hill. There was actually a steep gypsum quarry located here during the Middle Ages. This gypsum was of such high quality that it was later exported to the United States, and to this day the district east of the park is named “Quartier d’Amerique”. 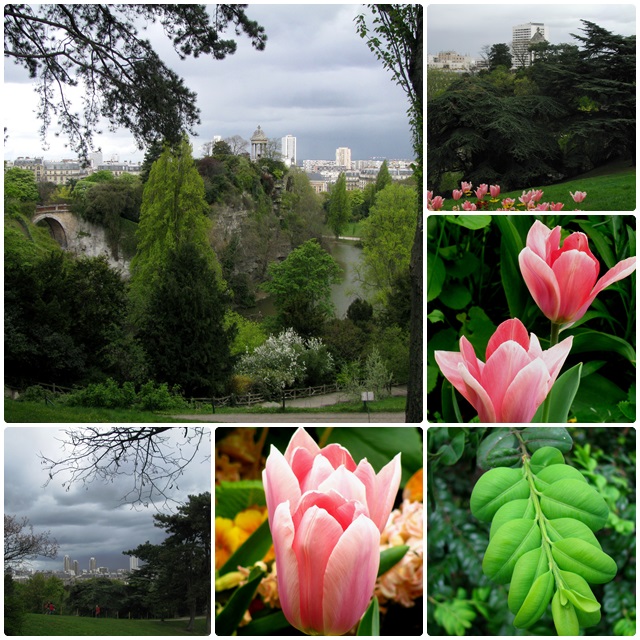 Several windmills were also located at the top of the steep hill. From the 12 to the 18th century, before the times of the guillotine, this area was the location where criminals were hanged. It also served as a place where old horses that were unable to work were slaughtered. Every year, between 9000 and 15,000 old horses were slaughtered here and their cadavers were disposed of in the open, causing foul winds and serious rat infestations in the surrounding districts. After the French Revolution it became a garbage dump and sewage collection area, and was considered a major site of infections.

Finally, around the mid 19th century, Baron Haussmann, the architect behind the rebuilding of Paris, decided to make this area of ill repute a new public park. Based on knowledge gained in the construction of the Bois de Boulogne and the Bois de Vincennes, construction started in 1864 and the entire landscape was completely remade with terraces, a grotto, arches and pinnacles. More than one thousand workers, about 100 horses and two steam engines were employed in this huge remodelling project. A recent invention – dynamite – was also used to rearrange the topography of this hill. 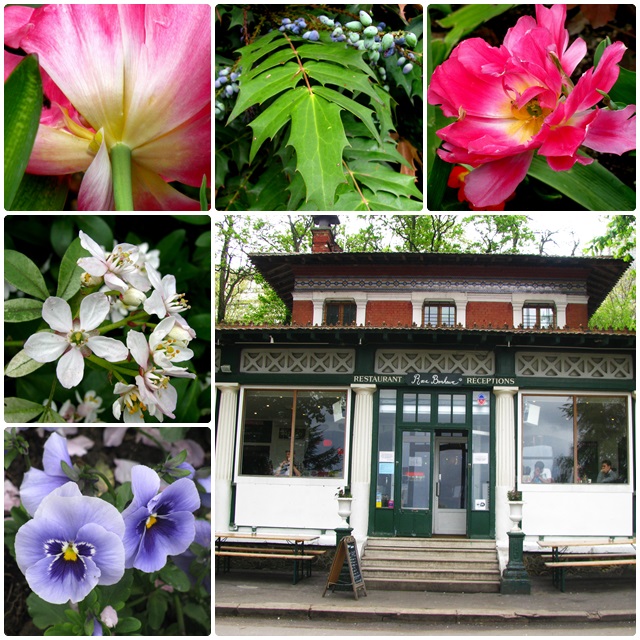 Then the horticultural work started, but because the hill was largely unable to carry vegetation, two years were spent spreading high quality humus in order to facilitate plant growth. Countless trees, plants and shrubs were planted. Coinciding with the Paris Universal Exposition, the park was opened in the spring of 1867 and Parisians immediately fell in love with this brand new green space.

One of the most iconic sights in the Parc des Buttes Chaumont is the Belvedere of Sybil, a Corinthian-style rotunda that was modelled after the Roman-era Temple of Vesta in Tivoli near Rome. This classic lookout point is located on a 30 metre high rocky promontory that towers over a manmade lake. The vista from here is absolutely breathtaking: one of the best views of Sacré Coeur can be had from the Belvedere of Sybil. 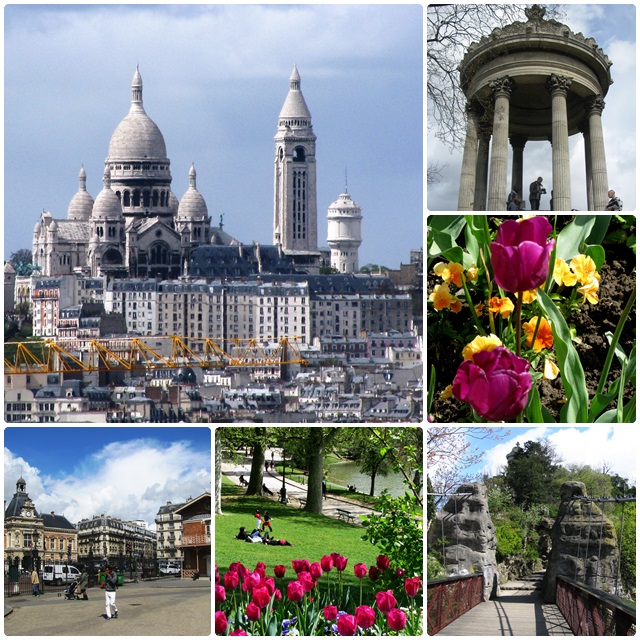 In the centre of the park is a cavern that dates back to the old quarry that was re-functioned into a grotto. With a height of 20 metres, stalactites measuring up to eight metres hang from the ceiling. A 32 metre high waterfall that is fed from a water source about a kilometre away cascades into the grotto.

The Parc des Buttes Chaumont also features a couple of iconic bridges: a 63 metre long suspension bridge designed by Gustave Eiffel connects over the lake to the island and the “suicide bridge”, a stone arch bridge with a height of 22 metres, allows access to the park from the south side. The park is also known for its exotic plants: you can find Siberian elms, Gingko Biloba trees, Himalayan cedars and many more indigenous and foreign trees. 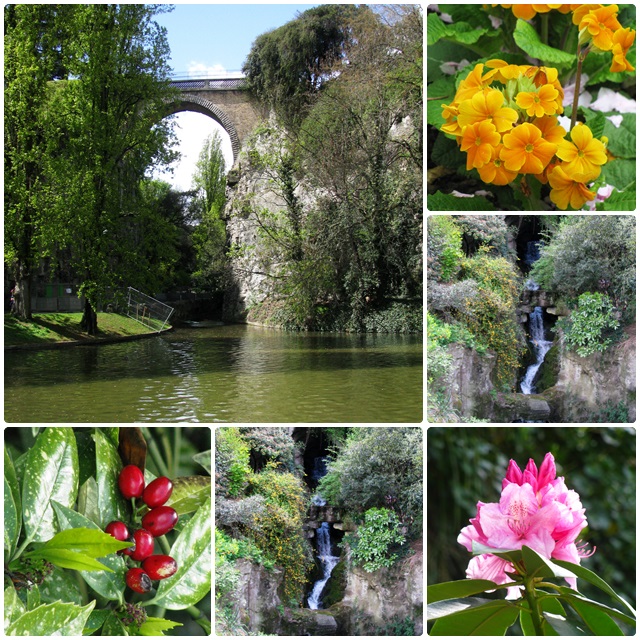 Three red-brick restaurants are located throughout the park and I enjoyed a late lunch in one of the eateries on the east side of the park. The view from the window over the green trees, the blossoming tulips and the lake below, with the architecture of Paris in the background, was simply sublime. I knew right then and there that the Parc des Buttes Chaumont would be one of my favourite spots in Paris. But there was no time to linger: the next item on my sightseeing itinerary was the Cathedral of Notre Dame.