Krakow, Poland: A Visit to Wawel Hill and the Royal Castle

Krakow, Poland, has been a dream destination of mine for a long time. There is a mysterious charm to some places in Eastern Europe and after having visited Prague and Budapest in recent years, I needed to expand my horizons and visit Poland as well. To prepare my trip to Poland, I contacted the Polish National Tourist Office who provided me with outstanding help in putting together a packed 7-day itinerary to visit some of Poland’s most well-known travel destinations.

My Polish travel adventure started on May 6, 2012 when I arrived at the city’s main railway station after a 9 hour overnight train ride from Vienna. It had been an interesting eight-hour train trip, and the conductor, who did not speak any English, assigned me a four-person sleeper compartment all by myself. This allowed me to have a reasonably peaceful night of sleep on my way to Krakow, Poland’s second largest city.

Located on the Vistula River, Krakow is also one of the oldest cities in all of Poland and was the country’s capital between 1038 and 1569. Throughout the entire 20th century, Krakow has been one of Poland’s most important cultural and educational centres and based on its beautifully preserved medieval historic centre, it has become one of Europe’s most important tourist destinations as well. UNESCO designated the entire Old Town of Krakow a World Heritage Site in 1978. One of the city’s most well-known residents was Karol Wojtyla, the archbishop of Krakow, who later became Pope John Paul II. 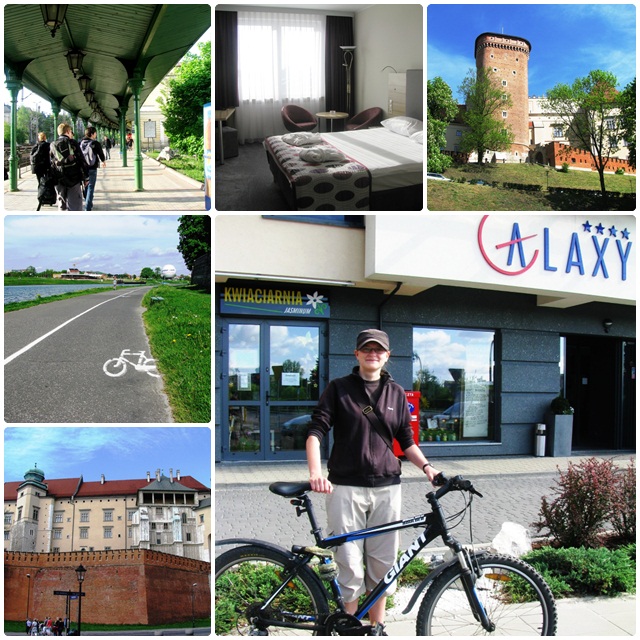 From Krakow’s main train station, I took a taxi to the Hotel Galaxy where I had to wait to check in for some time as there was a large group of Israeli travellers checking out. Krakow, with its important Jewish history, is a popular travel destination for Jewish travellers from all over the world. This 4-star hotel has a great location next to the Vistula River and it takes just about 20 minutes on foot to get downtown. I had a great  home base for my next three days in Krakow.

At 9 am my local expert guide Monica picked me up for a bicycle tour, On a brilliant day with blue skies, we started with a ride next to the Vistula River and cycled up to Wawel Hill, location of Krakow’s Royal Castle, the Wawel Cathedral and the magnificent Renaissance courtyard of the castle. Wawel Hill is of tremendous importance to the Polish people since it was a residence of the Polish kings until the early 17th century.  Wawel Cathedral was the site of the royal coronations, and for centuries, this Hill was the administrative and political centre of the Polish nation. 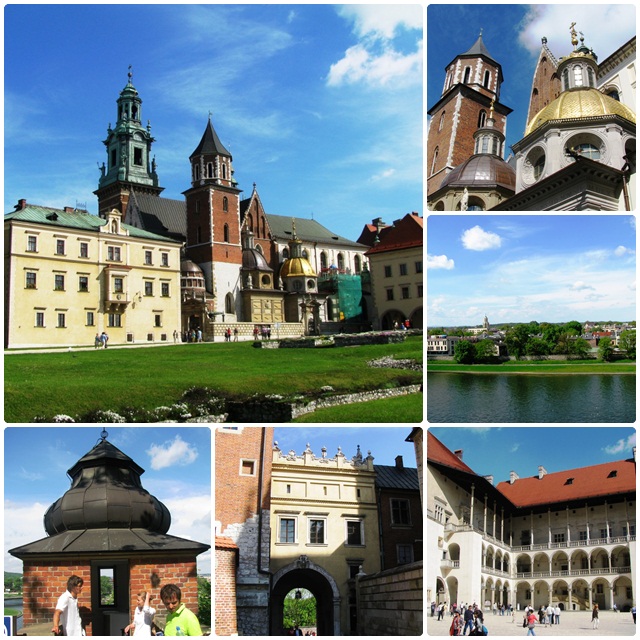 Monica pointed out the beautiful arcaded Renaissance courtyard of the Royal Castle, and we also visited the Wawel Cathedral which was erected during the years 1320 to 1364. One of the main attractions in this magnificent church is the Zygmunt Chapel as well as the Tomb of Kazimierz the Jagiellonian, completed in 1492 by the famous German Sculptor Veit Stoss. Back outside, Monica took me to a guard tower of the castle’s fortifications from where we had a phenomenal view over the Vistula River.

Now it was time to move on to the next stop on our itinerary in Krakow, Poland: the city’s medieval Main Market Square.