After four exciting and densely packed days in Krakow, I had arrived at the luxurious 5-star Hyatt Regency Hotel in Warsaw, which has a great location next to Lazienki Park overlooking the Vistula River. After a good night’s rest I was able ready to head out again on a gorgeous and warm May 10, 2012.  The Polish National Tourist Office had arranged for a private guide so I would be able to really get to know the Polish capital. 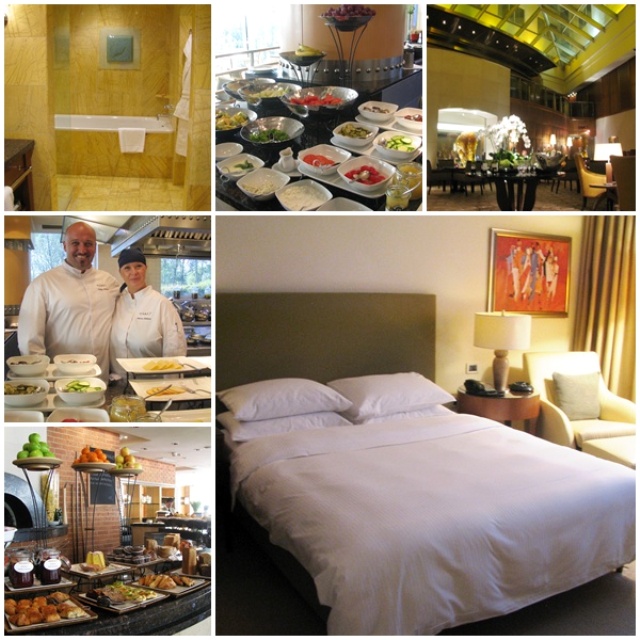 My local expert guide Agnieszka picked me up from the hotel and we started driving towards downtown Warsaw. Our first stop was “Umschlagplatz”, the reloading point where Jews from the Warsaw Ghetto were gathered for deportation to the Treblinka extermination camp. The death toll among the Jewish inhabitants of the Warsaw Ghetto is estimated to be at least 300,000 people. Poland has suffered tragically in history, and the history of the Jews in Warsaw is one of the saddest chapters. 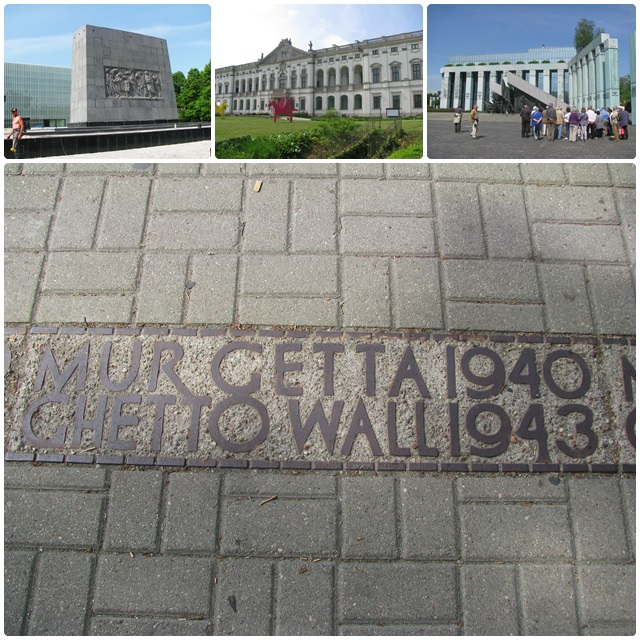 A memorial to the Warsaw Ghetto wall

Then we parked the car and started walking and stopped at the Monument to the Warsaw Uprising where the Polish Underground Army fought the Nazis valiantly for 63 days before being crushed in October of 1944. Our walk continued to the New Town, a 15th century neighbourhood that was completely destroyed by the Nazis and rebuilt after WWII, an amazing feat of resilience for the Polish people. Moving on, we stopped at the Warsaw Barbican, built as a fortification in 1540 and rebuilt after almost complete destruction between 1952 and 1954. It connected us into the Old Town, Warsaw’s oldest historic district that was originally established in the 13th century. 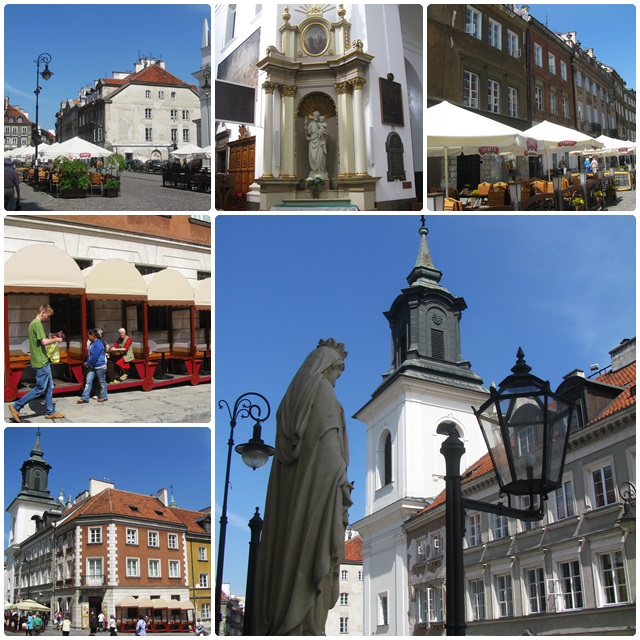 Old Town Market Place is a gorgeous square that is surrounded by cafes, restaurants and shops. St. John’s Cathedral and the Jesuit Church are not far away. This entire area was also completely destroyed by the Nazis and rebuilt meticulously in the 1940s and 1950s. All of downtown Warsaw was rebuilt so well that it has been awarded UNESCO World Heritage Status. Warsaw truly amazed and impressed me with its beautiful historic districts that were rebuilt by its citizens from the destructive ashes of World War II. It has often been nicknamed the “phoenix city” because it has survived so many wars and risen from the ashes. 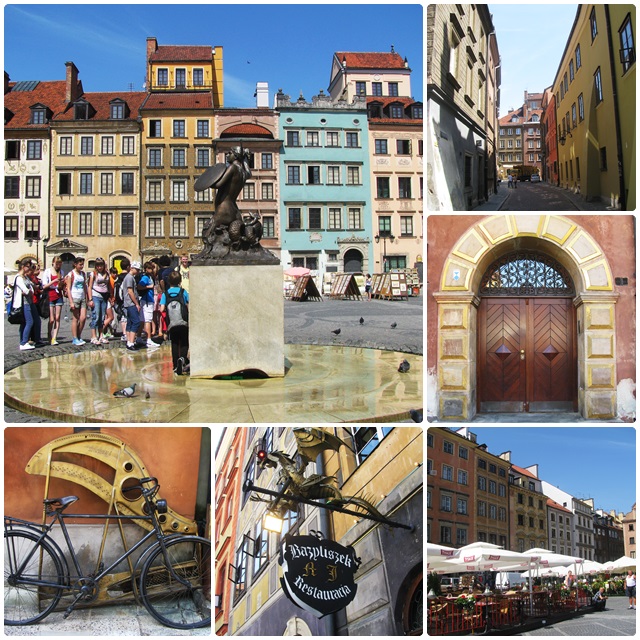 The Royal Castle was next on our visit of downtown Warsaw. The personal and administrative offices of the King of Poland were located here from the 16th century until the late 1700s when Poland was divided between the Russian Empire, the Kingdom of Prussia and Habsburg Austria. Poland essentially ceased to exist as a nation for 123 years. This city has suffered much under different rules throughout history, but the worst time arrived with World War II. After the invasion of Poland in 1939, Warsaw was ruled by the General Government, a colonial administration put in place by the Nazis. Schools and universities were closed shortly after the invasion and the Jewish residents were forced into the infamous Warsaw Ghetto. 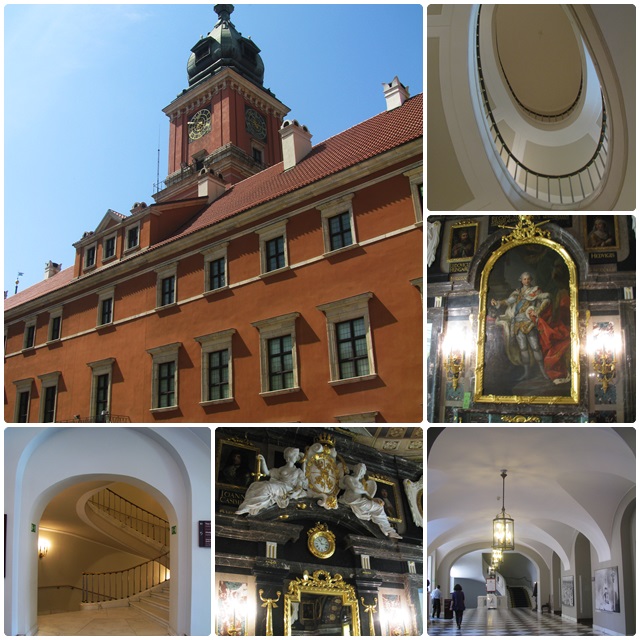 After the unsuccessful end of the Warsaw Uprising in October 1944, the Nazis decided to take revenge on the city and Hitler ordered it to be razed to the ground. Special groups of Nazi engineers were sent to Warsaw to burn and obliterate any buildings that had not been destroyed by bombing. About 10,455 buildings were destroyed, including the National Library, the University of Warsaw and most of the city’s historical monuments. The same tragic fate befell the Royal Castle: after the property was looted of all its riches, countless holes were drilled into the historic structure and filled with dynamite. On September 5, 1944 the magnificent Royal Castle was blown up and not a single intact stone remained. It was only through the effort and donations of the Polish people that the Royal Castle was entirely rebuilt between 1971 and 1984. 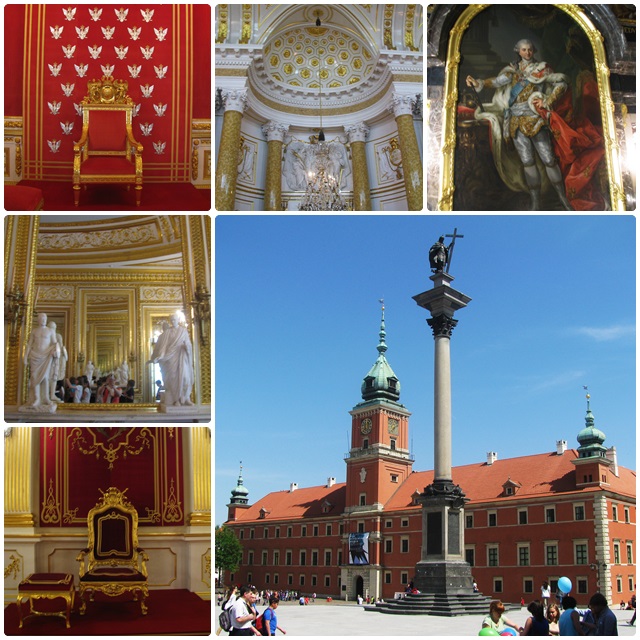 More views of the Royal Palace

Today the Royal Castle is one of Warsaw’s architectural jewels. The interior holds the lavishly decorated Houses of Parliament, the Royal Apartments and the Jagiellonian Rooms, which feature portraits of the Jagiellonian dynasty that ruled some areas in Central Europe between the 14th and 16th century. The Canaletto Room holds paintings by famous Venetian painter Bernardo Bellotto, many of which were used as a visual model in the reconstruction of downtown Warsaw. 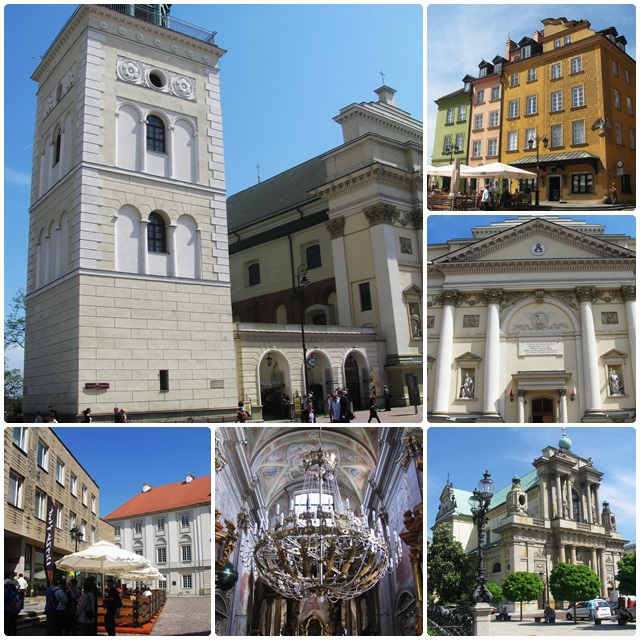 The Royal Route in Warsaw

From the Royal Castle and the magnificent Castle Square in front, Agnieszka and I walked along the Royal Route on Warsaw’s famous Krakowskie Przedmieście boulevard, one of Warsaw’s most prestigious streets. We passed by a number of churches, including the Church of St. Anne, the Carmelite Church and the Church of the Visitation. This magnificent boulevard lined with several impressive palaces, including the presidential palace, as well as Warsaw University. Today, this boulevard is a lively shopping street with many restaurants and boutiques; locals and visitors alike love to stroll in the pleasant car-free environment. 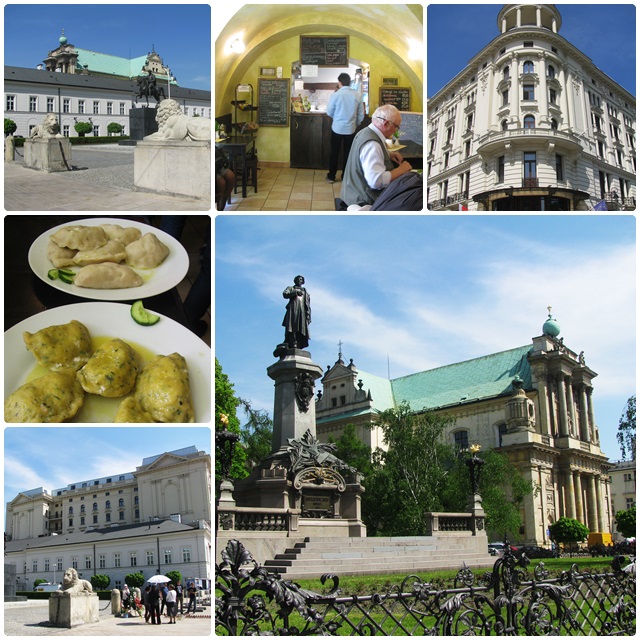 Along the Royal Mile in Warsaw

As was the case with the Old and the New Towns of Warsaw, this area was almost completely destroyed during WWII and had to be reconstructed. Paintings by Canaletto from the 18th century are set up on the street and provide a view of what this promenade looked like more than 200 years ago. Many of the views look surprisingly similar today. For lunch we headed into a local restaurant called Pierogi Naleśniki where we got to sample some hearty Polish food to get us ready for more explorations in the afternoon.